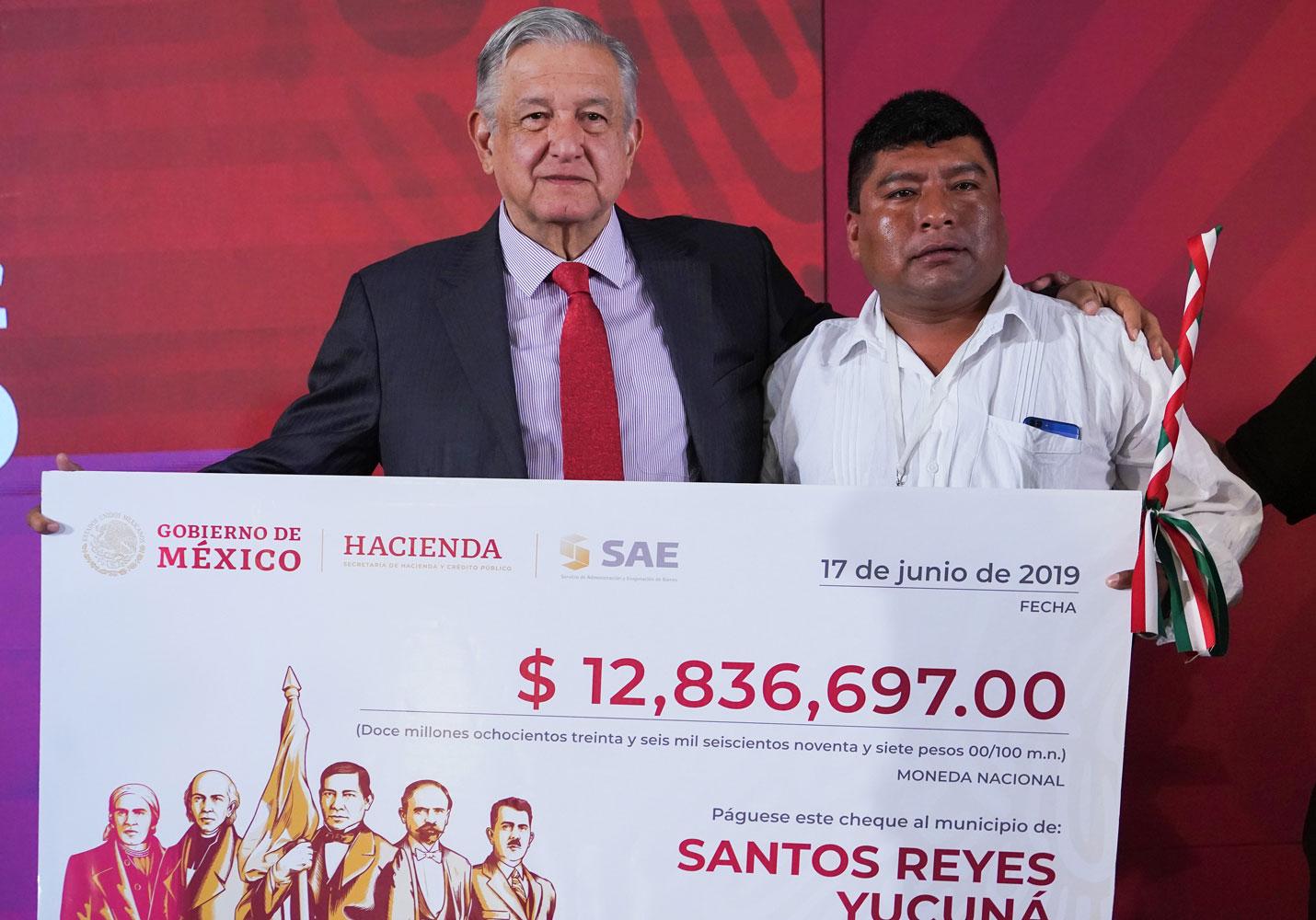 Office of President López Obrador
Mexican president Andrés Manuel López Obrador at a ceremony to deliver money to poor municipalities in Oaxaca gained from public auctions held by his government.

MEXICO CITY - For years, the Mexican government has auctioned properties taken from criminals. The current administration is also auctioning dozens of state-owned properties and even plans to include a presidential house on the beach.

Mexican authorities auctioned 27 real estate assets on Sunday, from apartments to ranches, all previously owned by drug traffickers. Only nine properties were sold; fetching a total of nearly $3 million. Drug lords were arrested or killed in some of those places.

President Andrés Manuel López Obrador promised he will continue auctioning goods from criminals and the government.

"The presidential airplane is for sale in California, and it’s so opulent that not even president Donald Trump has one," López Obrador said. He also promised to sell the presidential vacation home in Cancún.

López Obrador says the money will go to the poor, but critics say he’s buying supporters and that there's lack of transparency on how the funds collected are being used.