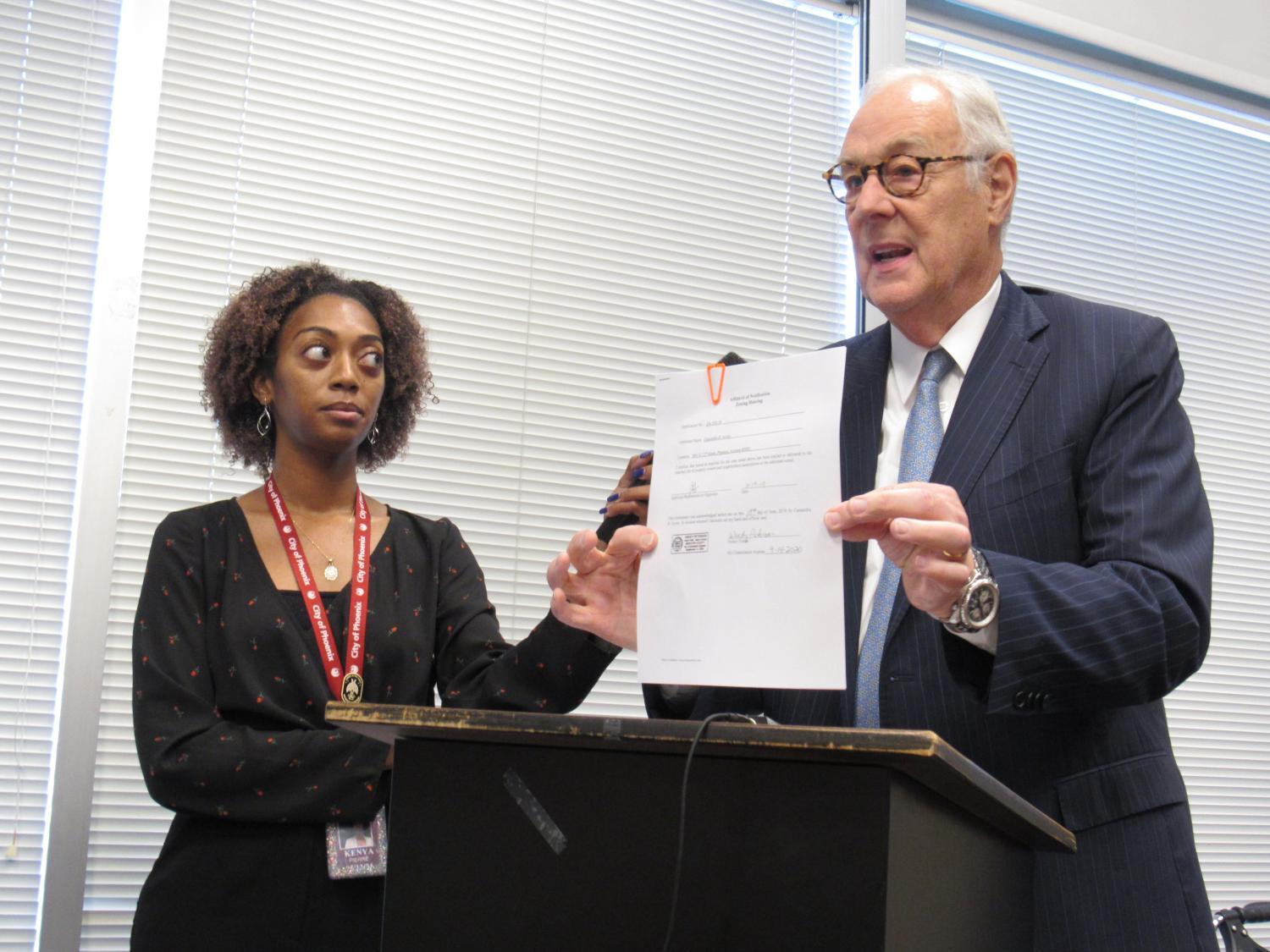 Matthew Casey/KJZZ
Attorney Paul E. Gilbert (right) holds up an affidavit during a city of Phoenix zoning adjustment hearing on an application for a use permit and variance to use the Ann Ott School as a shelter for migrants dropped off by federal authorities.

A coalition of aid groups helping migrant families dropped off in Phoenix has taken a big step toward realizing the goal of reopening the unused Ann Ott School as an overnight shelter, but at least one neighborhood group plans to appeal decisions made by a city hearing officer on Tuesday.

There were almost no empty seats during the roughly 90-minute public zoning adjustment hearing on the application that would help transform the Ann Ott School into a shelter with room for up to 300 migrants.

When hearing ended, the coalition walked away with the use permit and variance on road access it had sought. Now the focus is getting the unused school to meet city code, said attorney Paul E. Gilbert.

“We’re having to replace the whole electrical panel, which is about a $150,000 hit that we didn’t anticipate,” he said.

Supporters of the shelter plan far outnumbered people opposed to it.

But Carlos Avila, co-president of the Nuestro Barrio Unidos Neighborhood Association, said his group plans to appeal the decisions made at the hearing.