As Fewer Refugees Come To Arizona, The Congolese Community Grows 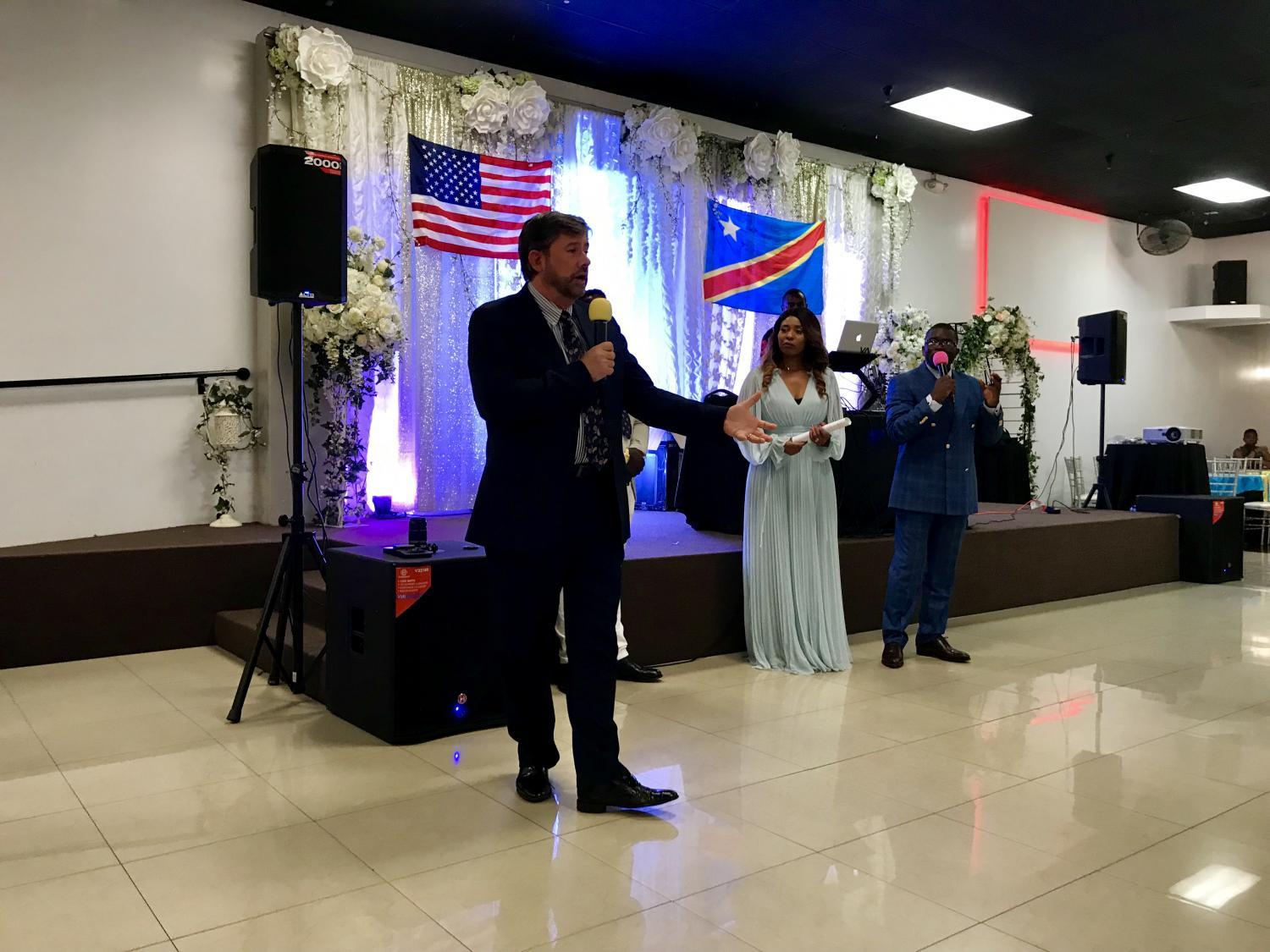 Matthew Casey/KJZZ
Charles Shipman, state refugee coordinator, speaks at an event to celebrate the Democratic Republic of the Congo's independence from Belgium.

Doctors and an interpreter who speaks Swahili stepped into an exam room at the Refugee Women’s Health Clinic, which is part of the Maricopa Integrated Health System.

Liliane Ferdinand, a cultural health navigator, introduced the doctors in Swahili and asked a Congolese patient how she was doing. 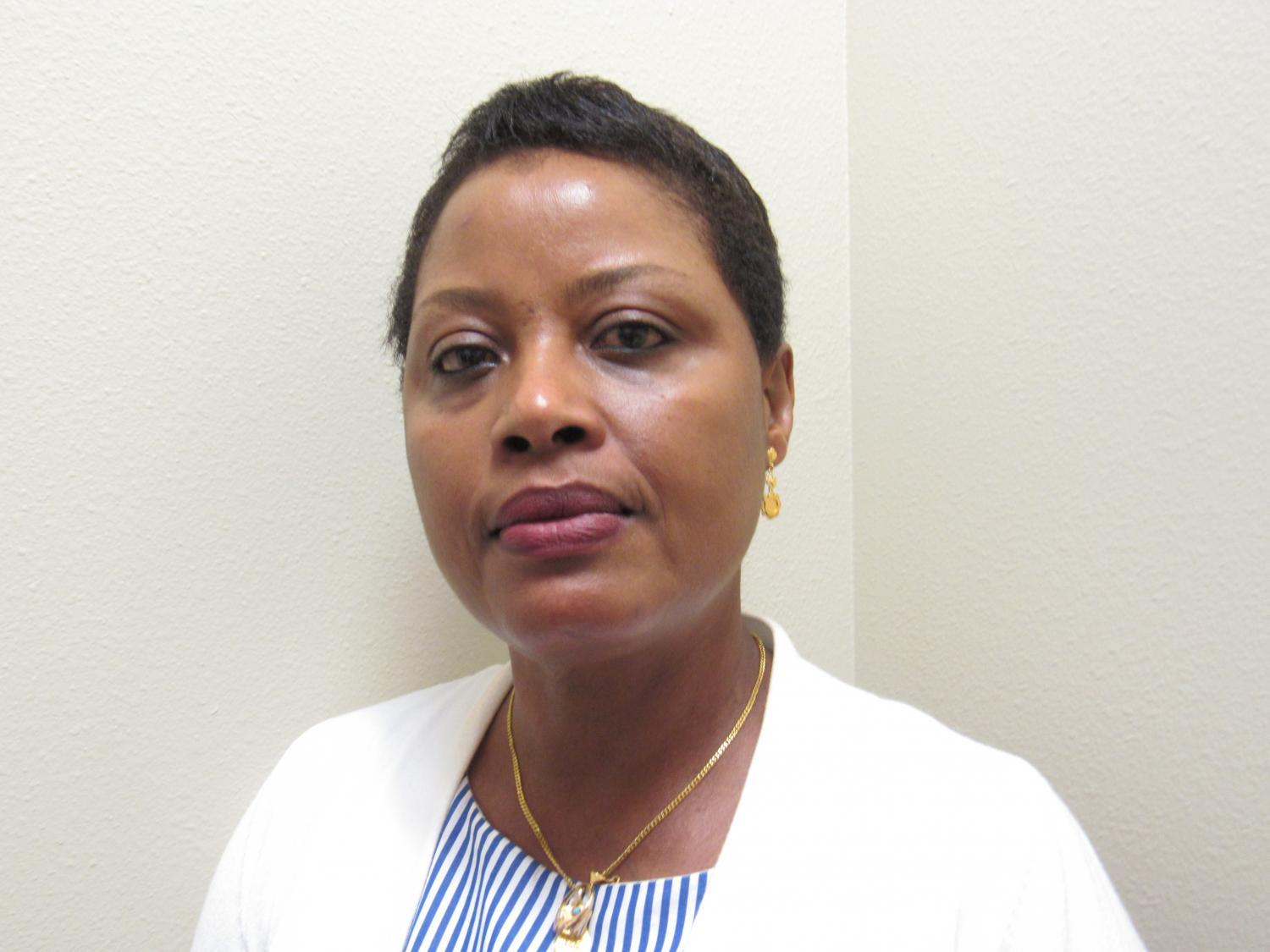 Ferdinand actually knows six languages. Swahili is one of hundreds spoken in the Democratic Republic of the Congo. Being multilingual has helped Ferdinand work at the clinic for seven years. She’s been a full-time employee for the last couple of years, due in part to an increased need for her language skills.

“Sixty percent of patient(s) here are Congolese,” she said.

The overall number of refugees starting new lives in Arizona has plunged in recent years.

But state statistics show the 1,107 Congolese refugees who have come to Arizona since October 2017 are the most from any one country in that time.

Still, they are a fraction of about 7,500 people the United Nations said were forced to flee violence in the DRC in June.

Ferdinand said many of the Congolese women she meets are coping with trauma.

Inside a Maryvale banquet hall, men, women and children dressed formally in bright colors and immaculate suits. They all stood reverently for the Congolese national anthem.

The song played in French, which is the country’s official language and a remnant of European colonization. The party was to celebrate 59 years of the DRC’s independence from Belgium. 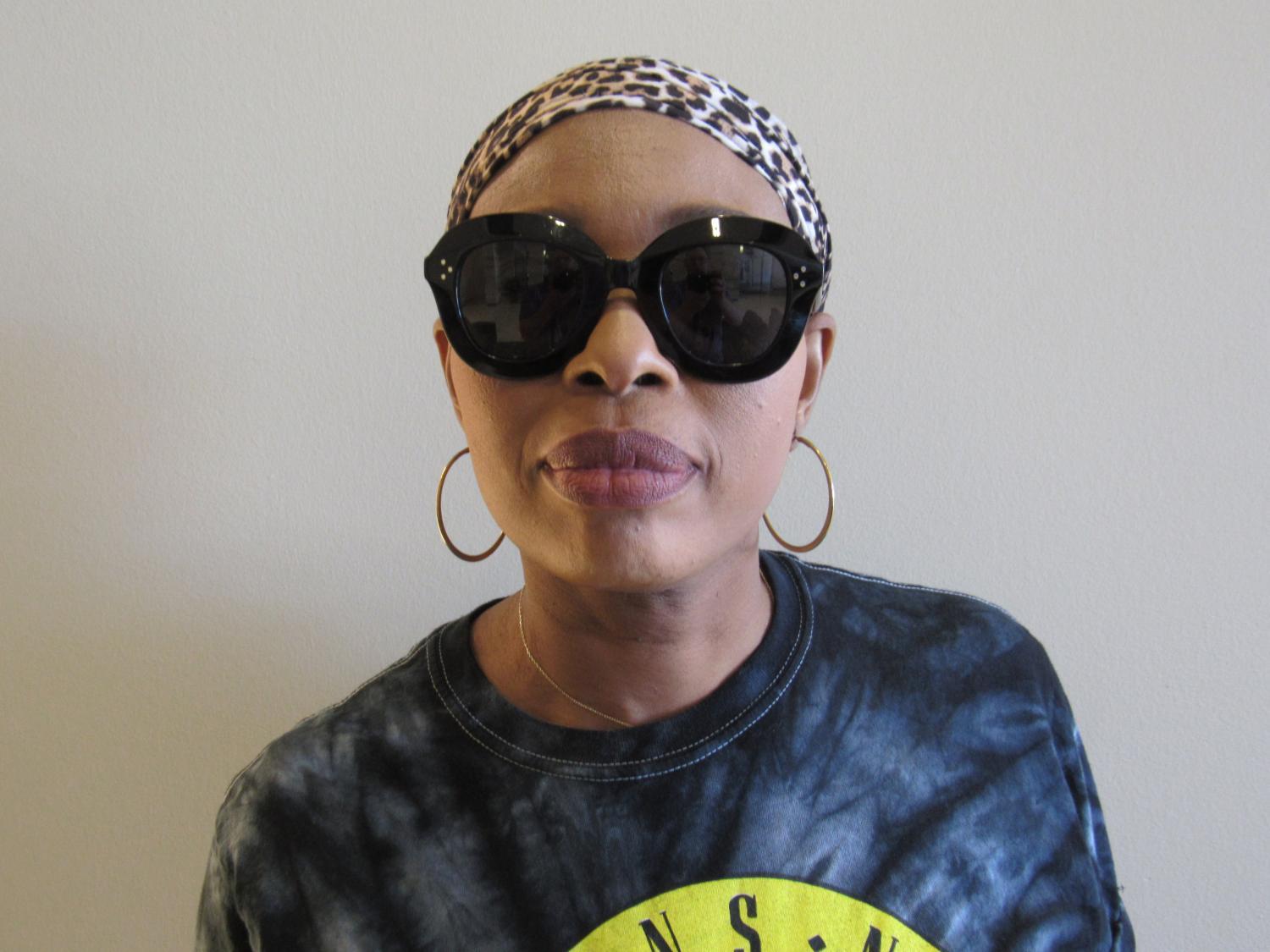 “It reminds us of how, together, we‘re still one Congolese,” said Kapinga Drusbosky, president of the Congo Democratic Community of Arizona, which hosted the event.

Drusbosky said she fled the DRC after her uncle was killed, lived in Zambia and came to Arizona about a decade ago. Her family is spread out all over the globe.

“I miss my parents. I haven’t seen my parents for almost 20 years,” she said.

Congolese refugees started resettling Arizona in 1999, and the annual count peaked in the 2016 federal fiscal year. There’s been a yearly drop since. But Congolese have accounted for 47% of new refugee arrivals in Arizona since October 2017.

The DRC is not part of the travel ban upheld by the U.S. Supreme Court last year. Drusbosky said there’s another reason why the Congolese community is still growing in Arizona.

“The fact that the war is not yet done in my country,” she said.

Shipman took the microphone, greeted the crowd in French and told them he was honored to have been invited. He then explained through an interpreter that being the Arizona’s refugee coordinator has helped him understand why people flee the DRC and become refugees.

“I know that transitioning to life here is long, and can be a challenging journey,” he said.

At the Arizona Department of Economic Security, Shipman oversees a program that helps legal immigrants, which includes Congolese refugees.

“I am honored and privileged to call you fellow Americans,” Shipman said.

At the MIHS Refugee Women’s Health Clinic, Ferdinand said she feels a deep connection with the Congolese women she helps.

“When you are with them, I don’t feel like they are patient. I see them as my sisters — my mother,” she said.

Ferdinand’s own parents fled Rwanda, which is a country next door to the DRC. She volunteered at refugee camps in Tanzania. And her job at the clinic isn’t only interpreting. Ferdinand also sets up transportation for refugee patients and does community outreach to bring in more.

“All kinds of services we have, we offer to them. I think that’s what brings them (here) more,” she said.