ICE Immigration Raids May Be Coming This Weekend 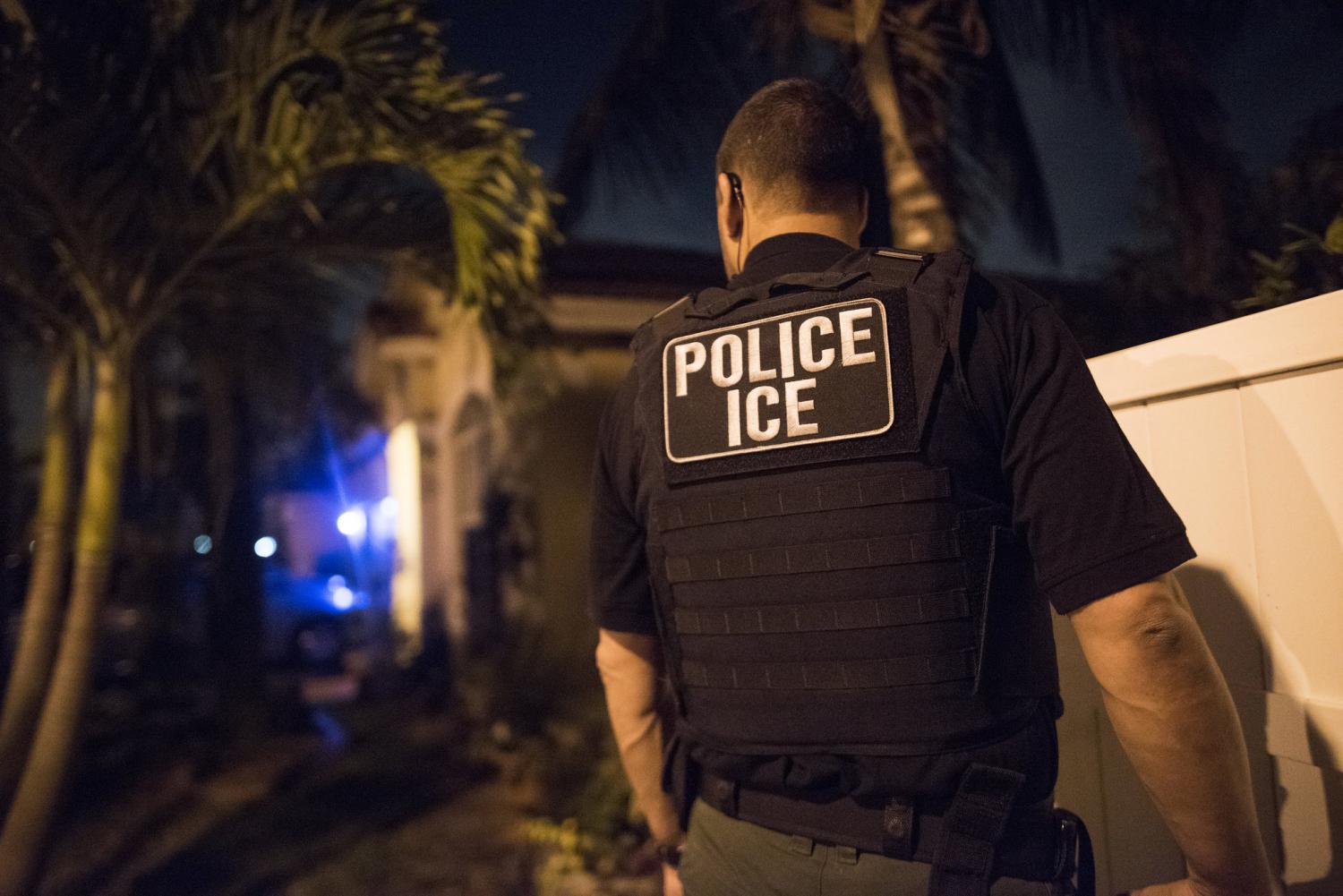 MARK BRODIE: The New York Times reports Immigration and Customs Enforcement (ICE) will begin going after people who have been ordered deported starting on Sunday. President Trump had announced the so-called "raids" last month. But the Times reports they were delayed due to push back from within the immigration agency. Now about 2,000 people will be targeted in at least 10 cities nationwide. That could include people without documentation who happened to be at the locations that immigration agents will visit. Last year, ICE removed more than a quarter million illegal immigrants, the vast majority convicted of a crime or had pending criminal charges. The ICE Phoenix office removed almost 27,000 individuals last year, that's third most of any ICE field office. Joining us now to offer some insight on the detention and removal of undocumented immigrants, is sociologist David FitzGerald, he's co-director of the Center for Comparative Immigration Studies at the University of California, San Diego. David, good morning.

BRODIE: So, 2,000 people, based on what the president had been talking about, that doesn't seem like such a huge number.

FITZGERALD: Right, well the president has talked about a lot of things in his tweets. He talked about deporting millions of people and now the ICE is talking about deporting a 2,000 people. And you know, we'll have to wait and see what actually happens. The last time that the president tweeted about this, the raid ended up being postponed. So, we don't really know what's actually going to happen this weekend.

BRODIE: Is it interesting in any way, the fact that the president has announced, basically, when these are going to happen. Like, you think of a raid, you think of middle of the night, people are unaware that it's coming.

FITZGERALD: Right, that's what's really unusual about this situation. The idea of ICE raids is nothing new. There were many ICE raids during the Obama administration and previous administrations. But I'm not aware of any other incident, where the administration has announced in advance that they're going to conduct a big set of raids. And I think that's really revealing about the goals of this policy. If the administration were really going after the worst of the worst, they wouldn't be letting them know in advance. I think this suggests, that this move is a publicity stunt by the administration, to try to show its base that it's being as tough as possible on immigration. But even if it is a publicity stunt, the consequences can be very serious for the people involved.

BRODIE: You know, it harkens back a little bit to something that was happening here in Arizona and maybe to an extent in California as well. Maybe around a decade or so ago, when policymakers were trying to basically get undocumented immigrants to self-deport, try to make life as unpleasant as possible here and convince them that it was in their interest to leave. Does it seem like this is, maybe a little bit, of what's happening here?

FITZGERALD: Well, I think one of the effects of these kinds of policies, is definitely to spread fear in immigrant communities and not simply the people who are being targeted but more generally among immigrants, including immigrants who are here illegally and might even be naturalized U.S. citizens. There's not very much evidence that people actually self-deport. That's a phrase that's been kicked around a lot. It was something that Kris Kobach, the former Kansas secretary of state came up with. But there's not much evidence that that actually happened. What does happen, is that people are afraid and they tend to withdraw from their daily activities. Sometimes, at least in the short run, they take their kids out of school because they're worried about raids that might affect them when they're going to pick up their kids. So it has a lot of collateral consequences.

BRODIE: Any sense of how, what we might be seeing on Sunday differs from what ICE does on a daily basis?

FITZGERALD: Well we know that about four-fifths of the immigrants that are arrested by ICE in the Interior, are coming through the Secure Communities program.

BRODIE: So those are people who are already under custody in a state or county facility and then they're turned over to ICE. So, about a fifth of those arrests are done in the community, along the lines of these raids that we're going to see. So, in some ways, that's the business as usual for ICE. What's... a little bit unusual here and as a departure from what was happening at the end of the Obama administration, is that ICE said very explicitly, this week, that if they encounter other people around, who were not their original targets but who don't have papers, that those people will also be arrested. So, that's a change from a policy at the end of the Obama administration. I mean it goes back to really, the policy of the early Obama administration.

BRODIE: So, potentially that number, 2,000, could, i mean... that doesn't have to be the cap, right? I mean if, that might be what they're targeting but if they find more people without documentation, where they're going, that number, 2,000 could go up.

BRODIE: All right, that's David FitzGerald, co-director of the Center for Comparative Immigration Studies at UC San Diego. David thanks for the insights, we appreciate it.