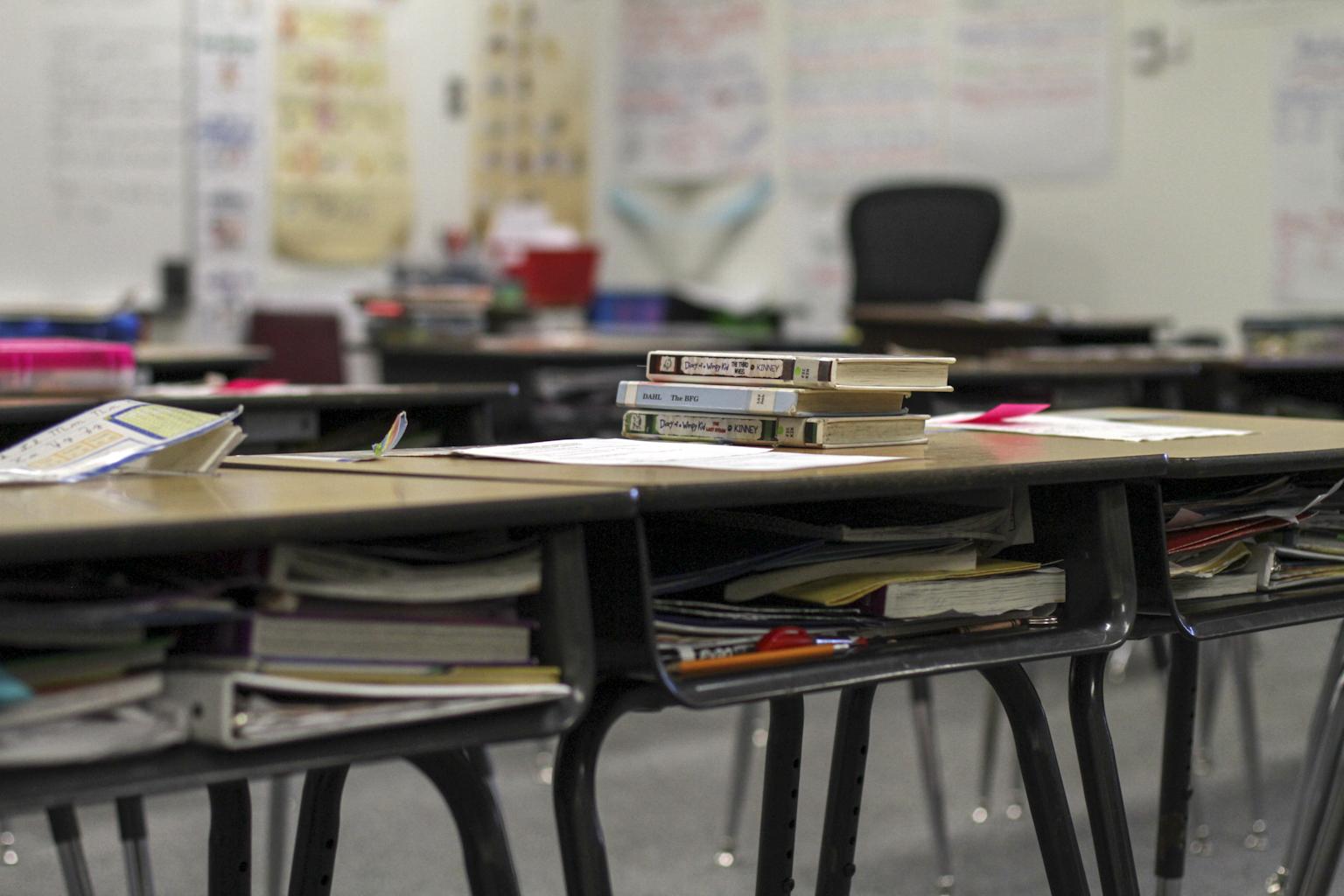 Mariana Dale/KJZZ
Desks in a classroom.

Donations up to a certain dollar level can be subtracted from the amount of taxes a person owes the state.

The amount of money you can give to each is different, too. A KJZZ listener sent us this question through our reporting project Q&AZ.

The short answer is, yes. You can read the long answer below.

The newspaper quoted then-Sen. John Huppenthal saying the donation program would "create an environment of choice" for parents.

Voters would later elect Huppenthal to be Superintendent of Public Instruction from 2011-2015.

The paper reported a week later, on April 8, that adding a $200 public tax credit to help pay for extracurricular activities was a tactic to capture more moderate votes.

I read these papers (and you can, too!) at the Arizona State Library Archive.

One of the prime sponsors for the bill was Debra Neville, at the time, her last name was Brimhall.  She represented southern Arizona from 1997 through January 2003 as a Republican, and I recently reached her by phone.

Neville said she saw the need for a tax credit for public schools when her son’s middle school basketball team didn’t have enough money for jerseys for every kid.

“It was very frustrating for me as a parent to have that battle about funding and where monies went ... and that nobody cared or listened to the parents," Neville said.

In the end, individuals were able to give up to $500 to organizations that pay for private school tuition. The public school tax credit was $200.

Today, the private school tax credit has ballooned to $2,213 for married couples and $1,107 for people filing individually.

Arizona also has a corporate private school tax credit program that targets low-income families and students with disabilities or who were in foster care who want to attend private schools.

In comparison, the public school tax credit has been largely unchanged since 1997. Married couples can now donate up to $400 through the program. Individuals can give $200.

Why Not Expand The Program?

Well, legislators have tried and failed to do so several times.

In 2015, Rep.  Randall Friese, a Democrat from Tucson, sponsored a bill that would have increased the public school tax credit to $1,000 for married couples and $500 for individuals.

“I’ll tell you quite frankly it made people uncomfortable," Friese said.

Democrats and Republicans rejected the plan. The bill never made it out of committee.

There were several concerns, including that an increased credit would deplete the amount of money that goes into the state's general fund from income taxes.

“The other problem with public school tax credit that we talked about is the equity or the inequity of them," Friese said.

The Arizona Republic reported in 2015 that 11 of the 20 schools that collected the most tax credit money in the state count fewer than 20% of their students as low-income.

Friese hasn’t tried to increase the public school tax credit again, but he does have ideas on how it can be made more equitable.

He’d like to see some of the public school tax credit money re-distributed to needier schools, an idea Friese incorporated into another failed bill in 2016.

Some Changes To Public School Tax Credit Ahead

Legislators did vote to change the public school tax credit program this year, although the dollar figure for donations is the same.

House Bill 2425 allows tax credit donations to pay for community school meals, health care supplies, playground equipment and capital items such as books and student transportation. Schools can also shift some donations to other schools in the same district.

Sponsor Jeff Weninger, a Republican who serves parts of the East Valley, said in committee some schools in his district received so many donations they couldn’t spend them all.

“This is to help alleviate that problem just for three years, I believe, to help spend those monies down,” Weniger said.

The ensuing discussion re-opened a debate about the equity of the program, but the bill passed with bipartisan support.

Sen. Lela Alston has served in the Legislature for 27 years and voted yes on the most recent measure.

“I felt like we shouldn’t let that money just sit there,” Alston said.

But she added she'd really like to see the credits done away with completely.

“But I don’t think we’ll see wholesale changes," she said.

Parents at schools that built up a surplus are looking forward to the program’s changes.

Kerry Hamilton is a parent at Fulton Elementary School in Chandler and advocated for the new policy. She’s part of the school’s site council which will ultimately decide how to spend the money.

“This by no means addresses those larger concerns but at least in the interim we’re able to invest these funds, they were already sitting there,” Hamilton said.