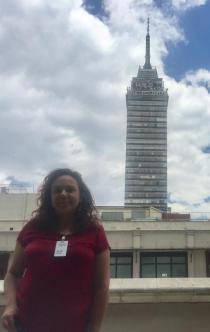 Rodrigo Cervantes - KJZZ
Marcela Turati is a journalist and activist to defend those in her profession. 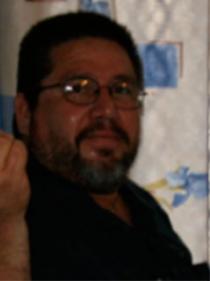 Michel Marizco/KJZZ
Slain journalist Javier Valdez was a respected crime reporter and author. His wife was reportedly targeted with spyware after his death.

MEXICO CITY —  A month ago, the murder of a respected editor and reporter brought attention to the killings of journalists in Mexico. And while some organizations call for justice, the Mexican government is offering a reward.

This Thursday will be a month since Javier Valdez was murdered in Sinaloa. He was the sixth journalist to be killed in two months in Mexico. His death reignited a fight for freedom of the press.

The Mexican government has been under pressure, and it is now offering a reward of about $8,300 to anyone who may lead to the assassins of Valdez and the other journalists: Cecilio Pineda Birto, Ignacio Miranda Muñoz, Maximino Rodríguez Palacios, Miroslava Breach Velducea, as well as for those who tried to murder journalist Sonia Córdoba Oceguera.

“I feel really angry because it seems like they (the Mexican government) just noticed that journalists have been killed,” said Marcela Turati, freelance journalist and co-founder of Periodistas de a Pie, a Mexican organization that fights for journalists’ rights.

Turati thinks the reward is a bad joke from the government.

“It’s like a joke because they have to do the same with the other journalists, not just the last five. And the others?” Turati said. “We are asking for international help; we expect nothing, nothing, nothing from this government.”

The International Committee to Protect Journalists is pushing a social-media campaign with the hashtag #ourvoiceisourstrength. They want to urge the Mexican government to act.

“We met with President Peña Nieto in May, he made several commitments, but two or three weeks after that, there is another two more murders of journalists, which obviously means there’s a lot of work to do, the violence cannot continue,” Hootsen said.