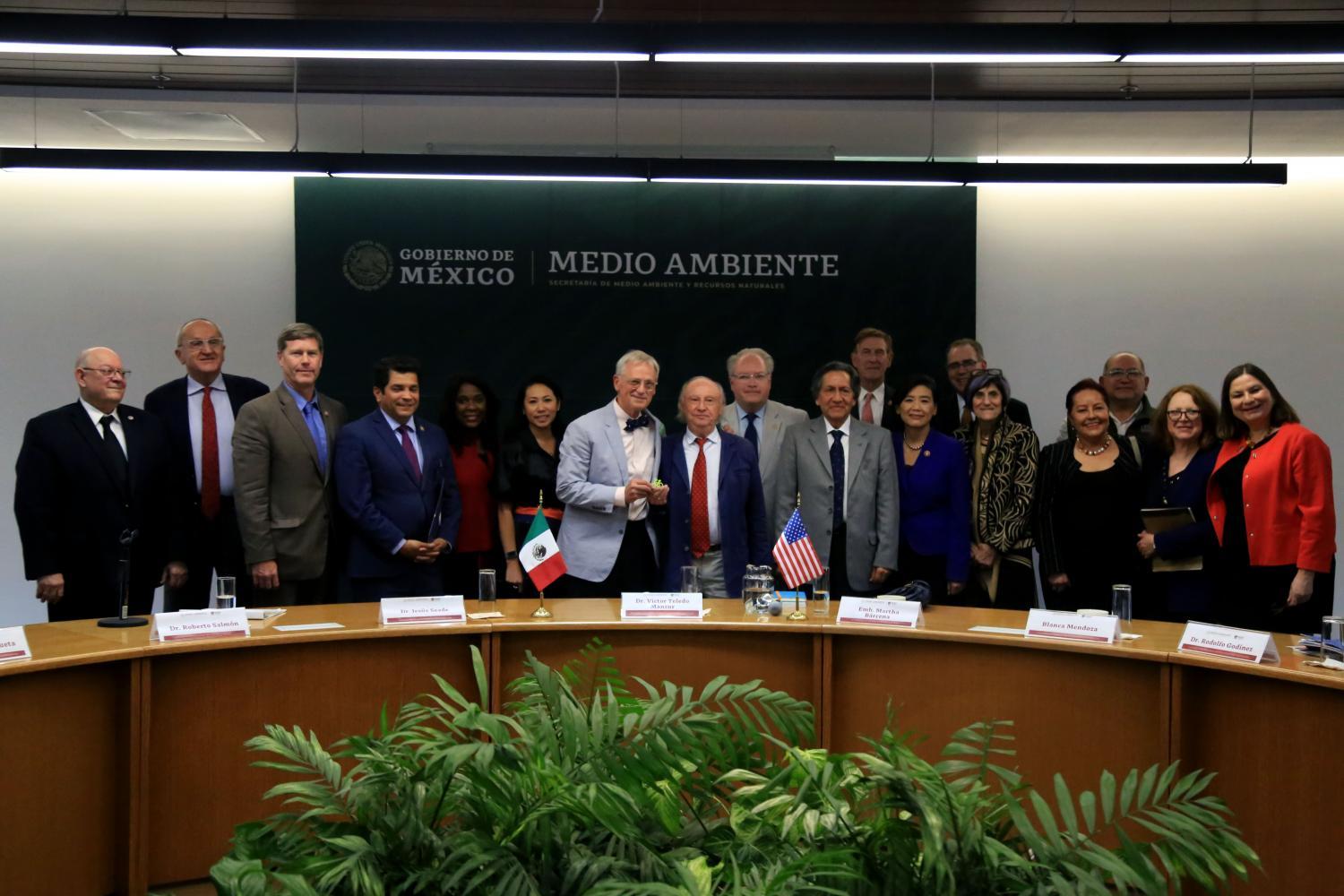 MEXICO CITY - Ten members of the U.S. House of Representatives made an official trip to Mexico on Friday. They met with high-ranking officials to discuss the U.S.-Mexico-Canada Free Trade Agreement, known as USMCA, or NAFTA 2.O.

The legislators’ goal was to learn how Mexico is preparing for the trade agreement.

“This is not about the U.S. enforcing its will on to Mexico or vice versa; it’s making sure that processes are in place,'' said Rep. Don Beyer from northern Virginia, who was part of the delegation.

Buyer said the Congress will take as much time as needed to ratify the USMCA.

“The only pressure here is Donald Trump would like to do it right away. And, frankly, if we can do it sooner than later, why not? It’s good for both countries,” Beyer said.

Beyer said he hopes to keep immigration as a separate issue from trade.

“We’ve never wanted Mexico to be the bad guy”, he said. “I’m very much against the wall, I think the wall is a waste of money, and it doesn’t reflect the wonderful relationship between the united states and Mexico."

For the legislator, the current border and migration tensions could have been avoided with a new law.

“We’ve really struggled to grapple with the humanitarian situation at the border. We’ve failed to pass a comprehensive immigration reform for years now; if we have done that, and when we do that, that will be a major step forward,” Beyer said.

The legislators met with the Mexican president and the secretaries of labor, economy and environment.