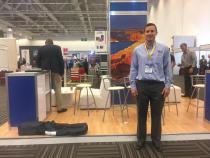 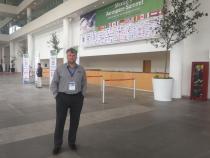 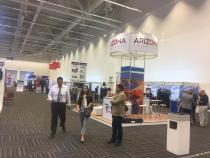 (Photo by Rodrigo Cervantes - KJZZ)
Arizona held for the first time a pavilion of its own at the Aerospace Summit in Querétaro, Mexico to promote state businesses.

The second round of talks to renegotiate NAFTA ended Tuesday in Mexico City. And while politicians keep debating the treaty, cross-border industry leaders want to keep their business going.

That’s the case for the aerospace industry, a segment that has become relevant for the entire region, and for state players like Arizona.

About four football fields could fit in this place. It looks like a huge hangar where people are assembling machinery and circuits. But everything’s for educational purposes: it’s the Querétaro University of Aeronautics, in central Mexico.

“We have 12 aircrafts, 2 helicopters and 10 airplanes,” explained Federico Pérez, planning secretary of the public university who gives me a tour of the school stacked with jet turbines, wings and other flight components.

“The Aeronautic Univeristy of Querétaro is a public institution,” Pérez said. “We can train people but we can develop technology, too.”

More than 30 international aerospace companies are located in the same industrial park, right next to the airport. According to Pérez, thanks to investments and a specialized workforce, Querétaro has become an important aerospace hub. But the current renegotiation of NAFTA might endanger the economic growth.

“Our expectation is that the NAFTA could be exactly the same in order to export more components, but we don’t know what can happen,” he said.

The aerospace industry is one of the fastest growing segments in the North American region, and states like Querétaro in Mexico, and Arizona in the U.S., are taking advantage of it.

Mexico is the sixth biggest U.S. supplier for aeronautic and aircraft components, while Arizona is one of Mexico’s top providers.

“Today, we have 300 aerospace companies investing across Mexico,” says Mexican president Enrique Peña Nieto in a TV ad, boasting about the investment boom in the country. And he chose Querétaro as the location for this ad.

While the Mexican government promotes Querétaro, others visit to promote their own businesses. That’s the case for Matthew Boyd, sales vice president for Parker Fasteners. The company is based in Goodyear, Arizona, and wants to benefit from NAFTA.

“It seems like it’s a fair deal from what I can tell, you know?” said Boyd.

Boyd plans to expand his market with the support of the Arizona Trade and Investment Office in Mexico.

The state office is aggressively promoting Arizona this year with a pavilion at the Aerospace Summit in Querétaro. Boyd used it to meet potential customers and build relationships.

“I can definitely tell there’s an Arizona commerce presence here, in this show. When we introduce ourselves and say that we are from Arizona it’s almost like we are part of Mexico, because that’s the kind of relationship we have between the state and the country of Mexico,” Boyd said.

“Definitely for Arizona and for our company it only means more jobs.”

Compared to the rest of the border states, Arizona has the highest number of jobs in this industry. Some companies benefit from the closeness to maquiladora factories in Mexico.

“NAFTA’s benefitted our company by allowing us to help our own customers. The NAFTA eases the movement of the product back and forth across the border,” explained Bill Jordan, CEO of Allied Tool and Die Company. The 66-year-old family business is based in Phoenix, but has a plant in Mexicali, Mexico.

“And I know you haven’t asked the question but it goes into the fact of: are you just taking jobs away from America? No we are not. We are an export industry. The U.S. does not buy the majority of airplanes, so, manufacturing stuff outside of the country using NAFTA is beneficial for North America as a whole,” he said.

And some Canadian companies are also looking to increase their partnerships in Querétaro. That's the case for Rousseu, a storage solutions company based in Quebec, Canada.

“The importance for us being here is that there’s a huge potential,” said Benoit Toussaint, sales director for the Canadian enterprise. “I’m very impressed. In the last five years this city’s been booming, it’s right in the corridor from Mexico City to the United States and eventually to Canada.”

“Canada is a good portion of our market, U.S. as well, and now Mexico is something new for us,” he said.

As NAFTA talks continue, some hope it will bring modernization, while respecting its fundamentals.

Luis Lizcano, managing director of the Mexican Association of Aerospace Companies (AMIA, in Spanish), thinks Mexico, the U.S. and Canada need to keep in mind their main competitive advantage: proximity.

“Global competition is fierce. Other regions are joining forces together to compete in the marketplace,” Lizcano said.

And even though the three countries have faced certain turbulence during NAFTA renegotiations, the aerospace segment wants to keep flying steady. 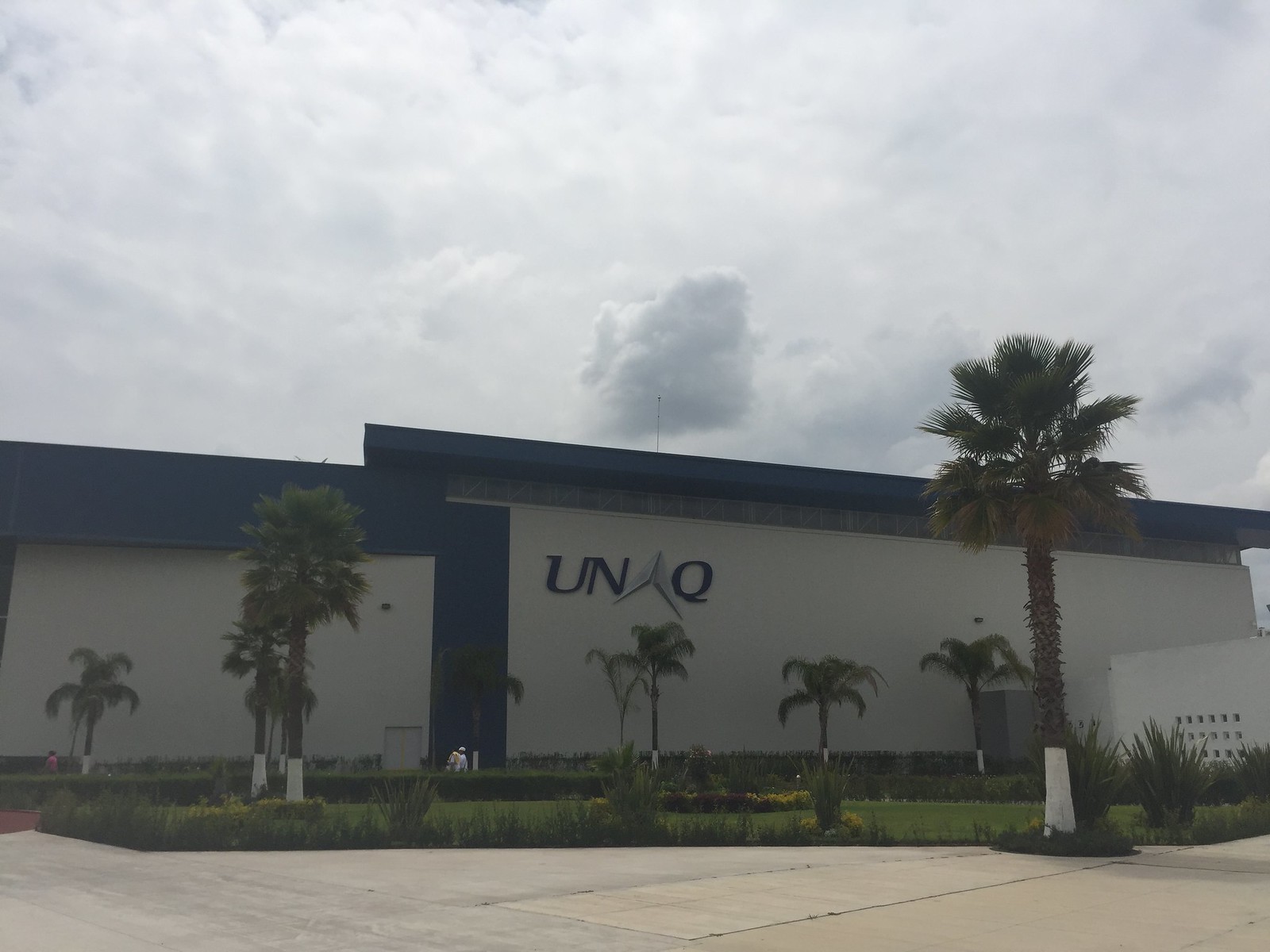