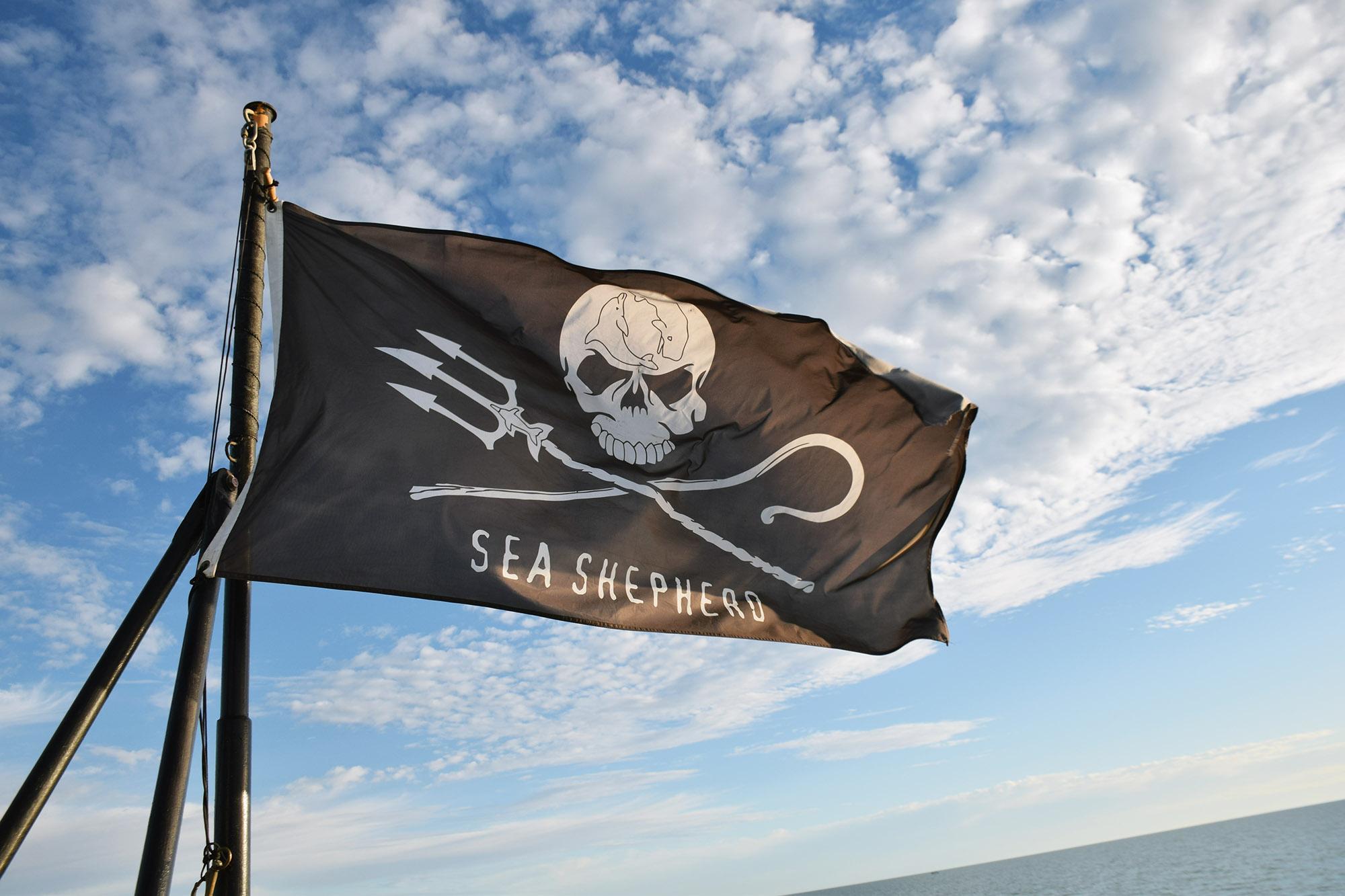 Kendal Blust/KJZZ
Sea Shepherd arrived in the Upper Gulf of California in 2015, using a ship to patrol for poachers in the vaquita refuge area.

The world’s most endangered marine mammal is a small porpoise that lives just south of the Arizona border in Mexico’s Sea of Cortez. Now, a new documentary about the animal’s plight from executive producer Leonardo DiCaprio is playing in Arizona.

The documentary “Sea of Shadows” delves into the world of organized crime and illegal totoaba fish poaching in Mexico’s Sea of Cortez that’s threatening to wipe out a small, endangered porpoise called the vaquita marina.

The film looks at Mexican drug cartels and Chinese smugglers who traffic totoaba swim bladders, known as the “cocaine of the sea” because of their high value on China’s black market. “Sea of Shadows” also features the efforts of scientists, conservationists and fishermen who are fighting to protect the vaquita, which can be trapped in the totoaba nets and drown. There may be as few as 10 vaquitas left in the Sea of Cortez.

“Sea of Shadows” will be shown for the first time in Arizona starting Friday at Harkins Shea 14 theater in Scottsdale.

"[The documentary] is also about the U.S., that is used to smuggle totoaba out of Mexico and then to Asia,” said Andrea Crosta, founder and director of the Los Angles-based organization Earth League, which specializes in environmental crime. He’s also a documentary cast member.

Crosta said the film is a call to action, and he hopes viewers will join the effort to pressure the U.S. and Mexico to crackdown on totoaba poaching and trafficking, and in turn protect the vaquita.

Earth League
A dead vaquita shows signs of having been caught in a gillnet.

Crosta said more than the vaquita is at stake in the Sea of Cortez. The totoaba nets also kill many other animals, including dolphins, sea turtles, fish and birds. But the vaquita is the most at risk, and the animal with the most international attention.

“The vaquita is a symbol of what’s going on in the Sea of Cortez,” Crosta said.

But without swift action before the next totoaba high season in the vaquita’s habitat, which starts this November, the little porpoise could die out within the next year, he said.

“It’s probably the last chance the vaqutia has.”