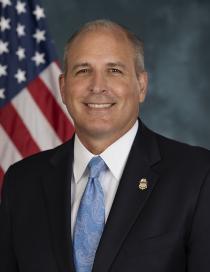 The acting head of Customs and Border Protection is pushing back against criticism of how federal immigration agents treat asylum seekers at the border.

Mark Morgan told the Senate’s Homeland Security Committee that the country’s border agents are saving lives on the border but being unfairly criticized by members of Congress and the news media.

"The men and women of CBP are not running concentration camps, making those in our custody drink from toilets, nor denying them access to toothbrushes. That is simply not true," he said.

Morgan argued that CBP was not believed when it first said the agency was facing crisis levels of migration at the border.

His remarks to the Senate committee Tuesday were a rare time when the agency sought to defend itself against what Morgan called the demonizing of the country’s border agencies.