Meet Thalía: The Mexican Electric Car That Wants To Disrupt The Market 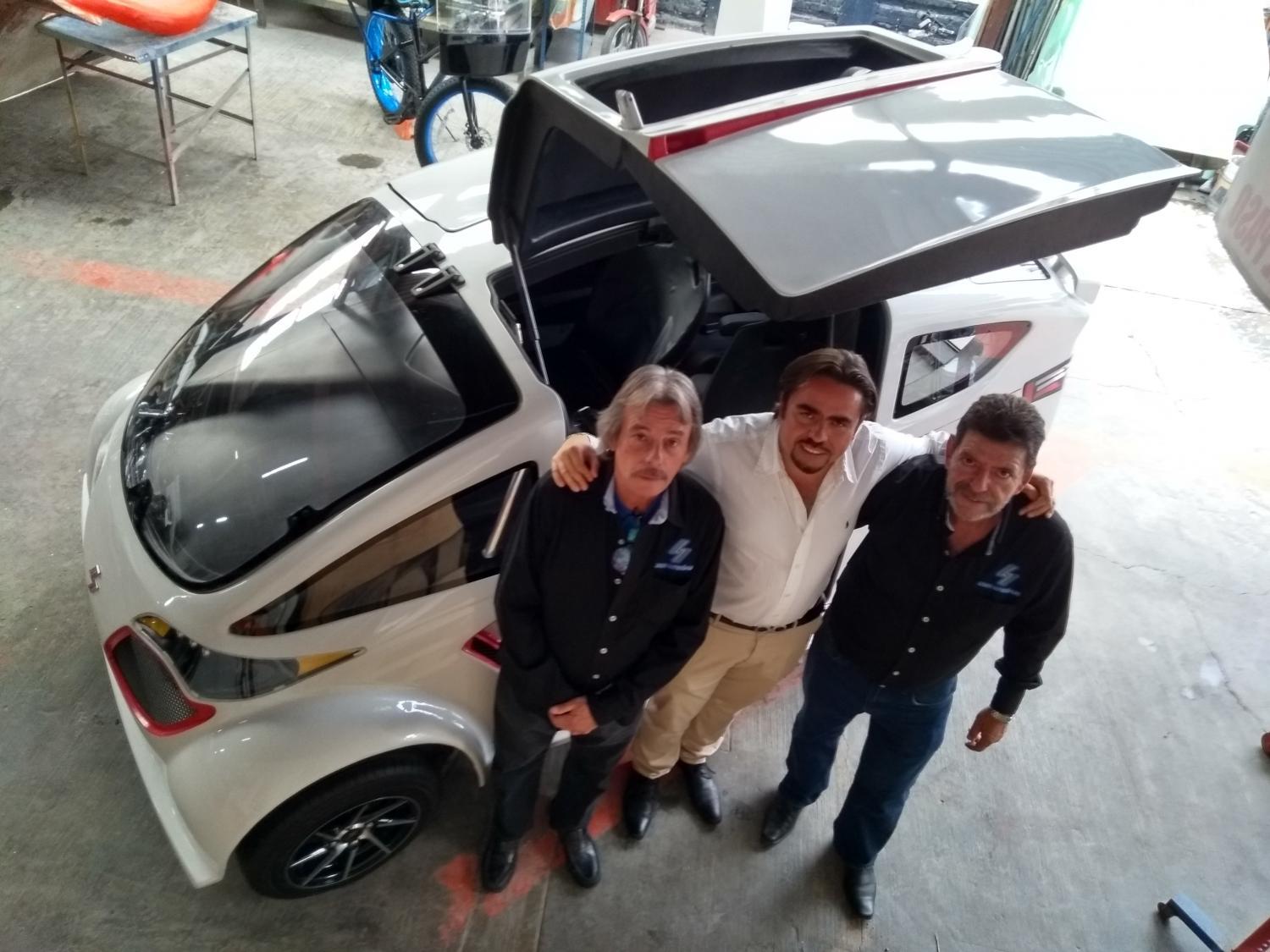 PUEBLA, MEXICO — Mexico might soon have its own electric car, made entirely with Mexican talent and components. And behind it is a Mexican entrepreneur who wants to put Mexico on the world map of designing vehicles.

His dream is to build the first 100% Mexican car. And if his plan works, we’ll see the vehicles on the streets next year.

There’s hope that this is the start of a new auto industry in Mexico, less dependent on foreign trade and a chance for the country’s business — and natural —  environment.

A Bloodline Full Of Speed

It’s pouring in Puebla, Mexico, the capital city of the state with the same name. But rain won’t stop Polo Ortiz, who supervises the construction of a car prototype in a small workshop.

“This is in our genes; it’s like a century-old tradition,” Polo said. Cars run through the veins of his family. Like his father, he used to race cars. And now his son, Leopoldo, is taking the tradition to the next level — by building them.

“We are proudly a 100% Mexican,” Polo said. He is a consultant for his son’s company, LM&TH, which plans to bring to life light, compact electric cars to be sold by late 2020.

“Unfortunately, the Mexican governments are always looking towards the wrong direction,” Polo said.

He said the current government is unfortunately focused on opening refineries instead of supporting environmentally-friendly technologies.

And his son shares some of his concerns but also his faith. 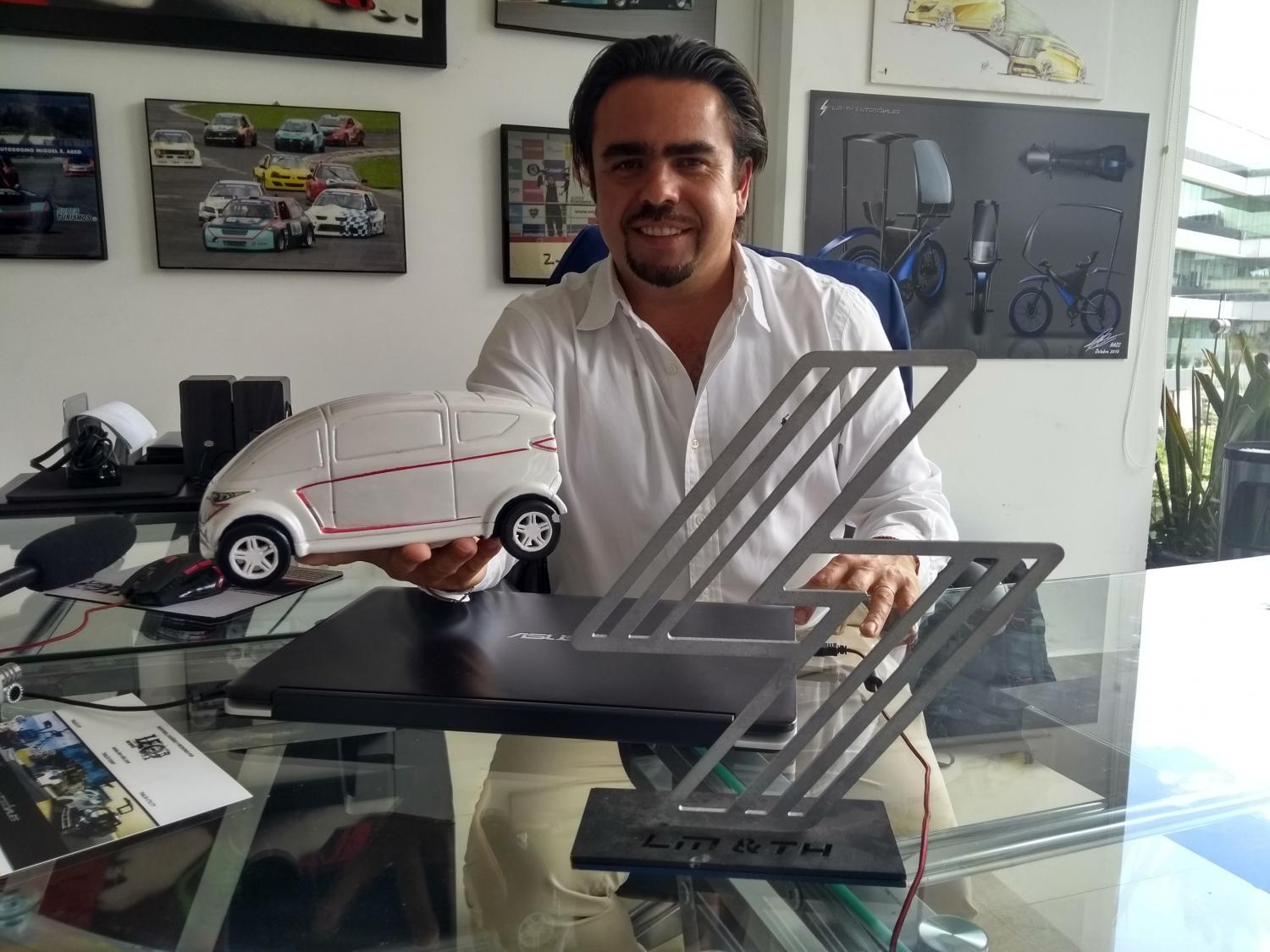 Rodrigo Cervantes/KJZZ
Leopoldo Ortiz is CEO and founder of LM&TH Automobiles, based in Puebla, Mexico.

The Car Of The Near Future

Leopoldo Ortiz is CEO and founder of LM&TH. He decided to pass on the family’s passion to his daughter by naming the new car after her: Thalía.

“Lucky name for our car," Leopoldo said. “This is the first car in the history of Mexico that we made from the design, from the first sketches, to the production of the prototypes.”

Thalía’s birthplace, Puebla, is one of Mexico’s oldest bastions of the automotive industry, with companies like Volkswagen and Audi. But its significance decreased as newer plants opened in other states, like Guanajuato.

But Leopoldo said Puebla is the only state where the industry can work on design and manufacturing, rather than just in production lines.

“Why? Because we have the people and we have the facilities and the resources to make that,” Leopoldo said.

LM&TH still needs to import 20% of Thalía’s components from China. And trade agreements with the U.S. are not helping yet.

“Actually, We bought some kits from the United States, and at the end we saw that they’re getting these kits from China,” Leopoldo recalled, chuckling.

Like in most parts of the world, electric cars in Mexico are still unpopular. Recent data from the Mexican Association of the Auto Industry indicate that in April only 25 electric vehicles were sold. But Leopoldo forecasts that its boom will start in 2023, as gas prices and pollution go up.

“We need to make something in the present, because the future it looks not so good,” Leopoldo said.

In two months, Leopoldo will put in the Mexican market electric bikes and tricycles. As for Thalía, LM&TH expects to start by building 30 cars per month. The model will later develop into three versions.

Leopoldo said they plan on selling Thalía for approximately $18,000 in Mexican large cities first, with the goal of eventually selling it online to the rest of the world. 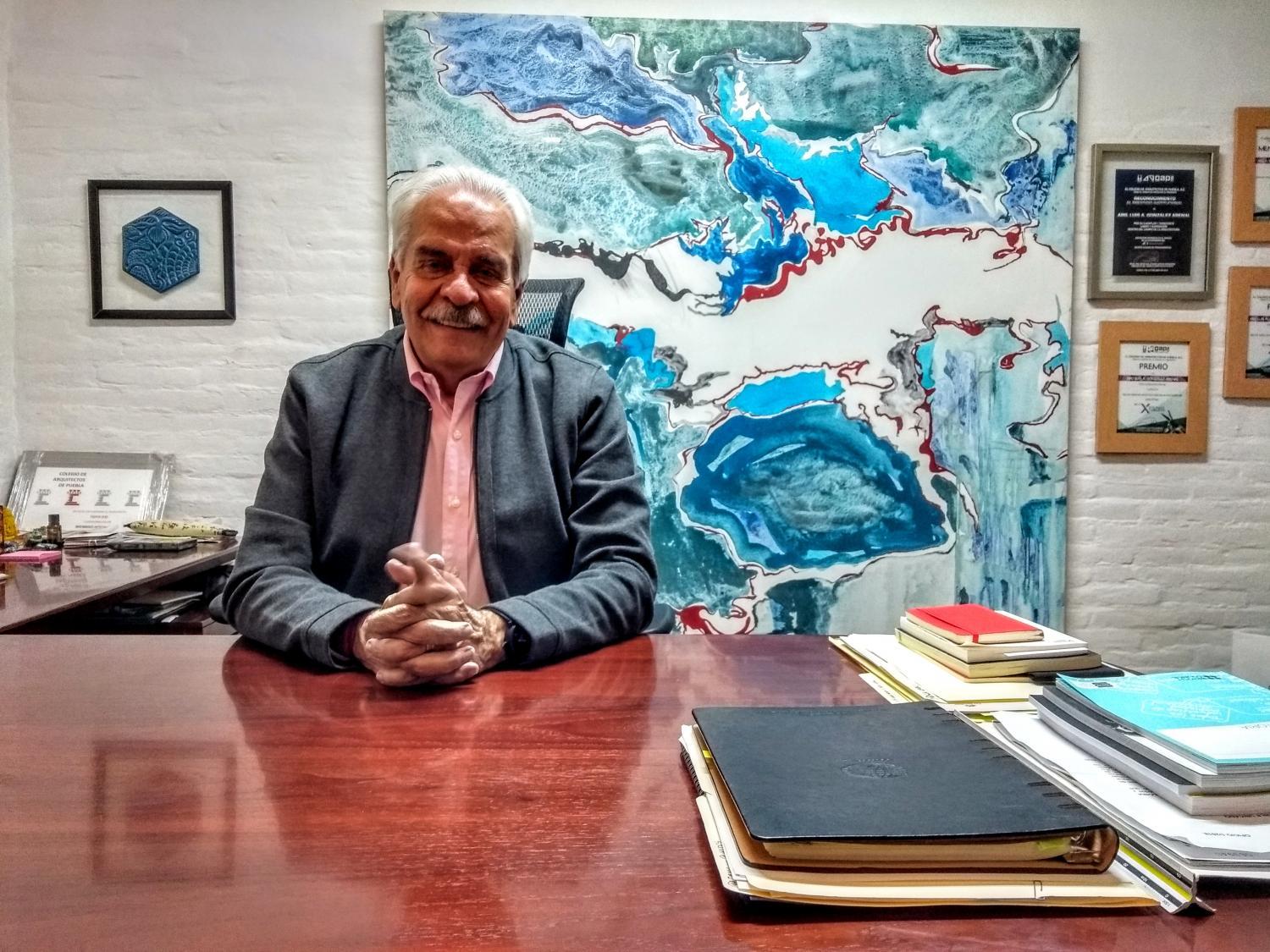 Rodrigo Cervantes/KJZZ
Luis González is the Innovation and Design Commissioner for the state of Puebla.

A Hub For Innovation

About 10 miles from the workshop, in the historic town of Cholula, is the office of Luis González. He is the Innovation and Design commissioner for the state of Puebla.

“It’s the only office in the world that has a pyramid, a church and a museum,” González said.

And all of this is true, as his office is located inside an archaeological and historical site. Plus, it’s inside a former asylum from the early 20th century, something he finds fitting, in a way.

His office’s goal, the commissioner said, is to help innovative and creative companies grow and expand to the world, like LM&TH.

“We are not only like a distribution center of opportunities, we also make the different ministers work together… which is also not very common!,” he said, laughing.

The commissioner said the automotive industry in Puebla is still the biggest contributor of the state’s economy, but it’s time for developing more creativity and less manufacturing.

“I think the number of robots that have been bought in the industry has tripled in the last three years, so that means  that each robot will take the place of many people working,” González said.

The commissioner wants to link Leopoldo Ortiz’s company with businesses and venture capitals from cities like Graz, Austria, which is known as “the Silicon Alps.” But he is also concerned with the federal government restraining budgets for innovation. The administration of president Andrés Manuel López Obrador shut down the National Institute of Entrepreneurship.

“You shouldn’t block what you don’t understand, I think that’s the problem,” Leopoldo said.

But for Leopoldo Ortiz and González, Puebla will rise again with a renewed auto industry — even without the government’s help.