Jackie Hai/KJZZ
A homeless encampment built on the edge of 33rd Avenue south of Buckeye Road in Phoenix.

City officials had recently pushed a homeless encampment out of an area near downtown.

But on the edge of 33rd Avenue – a couple blocks from where Mejia lives – displaced people built a tiny village.

Slightly north and about 10 blocks east, the former superintendent of the Murphy Elementary School District visited a run-down park on a recent January morning.

“When I came back here, just about a year ago, and saw this, I was brought to tears,” said Bob Donofrio.

It was on Donofrio’s watch when parents, nonprofits and local business owners banded together and slowly took back the neighborhoods from Van Buren Street and 19th Avenue to Durango Street and 35th Avenue. They used a school-centric model and turned the tide against poverty, violence and drugs.

But the approach changed sometime after Donofrio left in 2004.

“And I think the district has lost its connection with the community,” he said.

Many people see the areas around Murphy as a dumping ground for projects that wouldn’t fly in other parts of the city. Some say these neighborhoods are slowly dissolving. While others think new-found unity can lead to a community renaissance.

Enrollment in the Murphy district has dropped by more than one-third in recent years. Now there are about 1,500 students left at four schools. The state has initially graded the schools a C, two Ds and an F.

Murphy’s decline is a key factor in a handful of problems causing the area to slowly disintegrate, Donofrio said.

“I love this community and it’s always been in my blood,” he said. “But I think the school district will financially collapse.” “So we are barely surviving,” Diaz said.

The neighborhoods around Murphy are falling apart, Diaz said. He wants to get back to the school-centric model. Right now he’s focused on student safety and what’s happening in the classroom.

“When we compare a year ago to this year in reading, we went up at least one point,” he said. “So we are (going) in the right direction.”

Murphy’s students live near jails, a juvenile detention center, a private prison and a homeless shelter.

The shelter, plus Gov. Doug Ducey’s failed plan to put a prison re-entry center and housing for former prisoners who break release conditions, in the area brought everyone to the table, Diaz said.

“A giant that was sleeping woke up in this community,” he said. “And we are together. And we are going to continue. And we are not going to allow nobody to come and destroy us anymore.”

An odd mix of residential and industrial land surrounds the Murphy school district. The business Precision Components Inc. has been there for more than 50 years.

“I feel like this area of Phoenix gets the dump all the time,” Owens said.

Owens does not think the area around Murphy is falling apart, but it needs many things.

Dan Mardian, owner of neighboring Marco Crane & Rigging Co., is one of the people Owens helped get involved.

“It kind gave me a wake-up call about the needs of the community,” he said. (Photo by Jackie Hai - KJZZ)
Corina Mejia stands in the playground at Kuban Park, where she no longer takes her kids because of safety concerns.

With the state having nixed the plan to add more correctional facilities, Mardian said the next step is to find out how to help Murphy.

“I feel obligated to give it a shot,” he said.

Mardian wants the area around Murphy to have a renaissance. This kind of transformation would be great for Corina Mejia, who said it’s not even safe for kids to play at park right next to one of the Murphy schools.

As Mejia walked from the parking lot toward a deserted playground, she passed a man leaning against his car and smoking marijuana.

The mother of two will never leave the neighborhood. Her family has been there since the 1960s.

“These are my roots,” Mejia said. 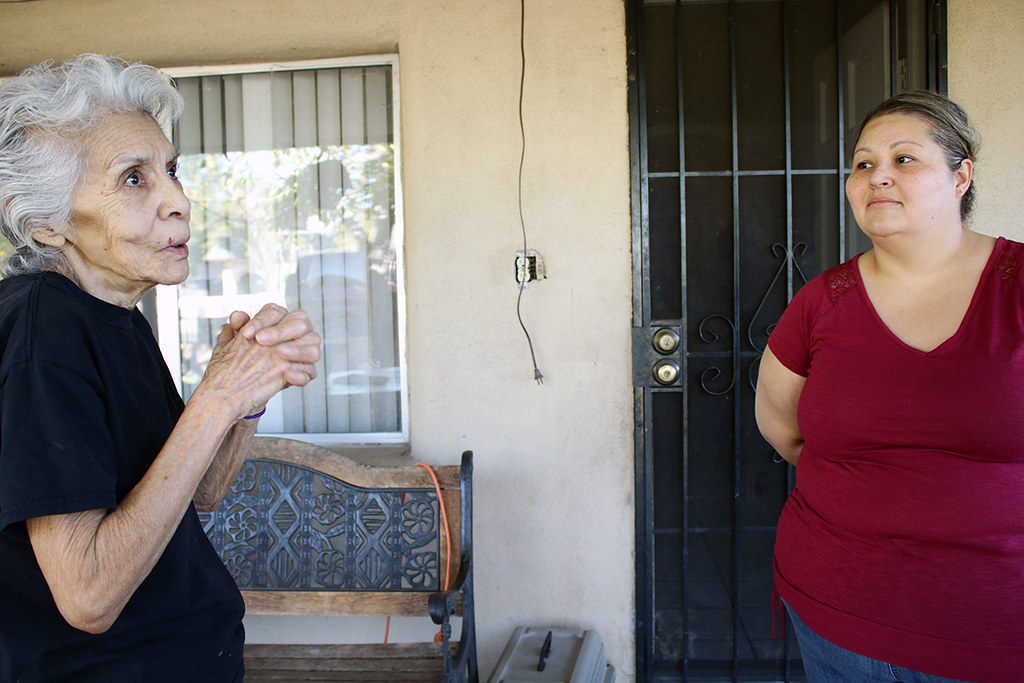