(Un)Affordable: How Did Arizona End Up With A Housing Crisis? 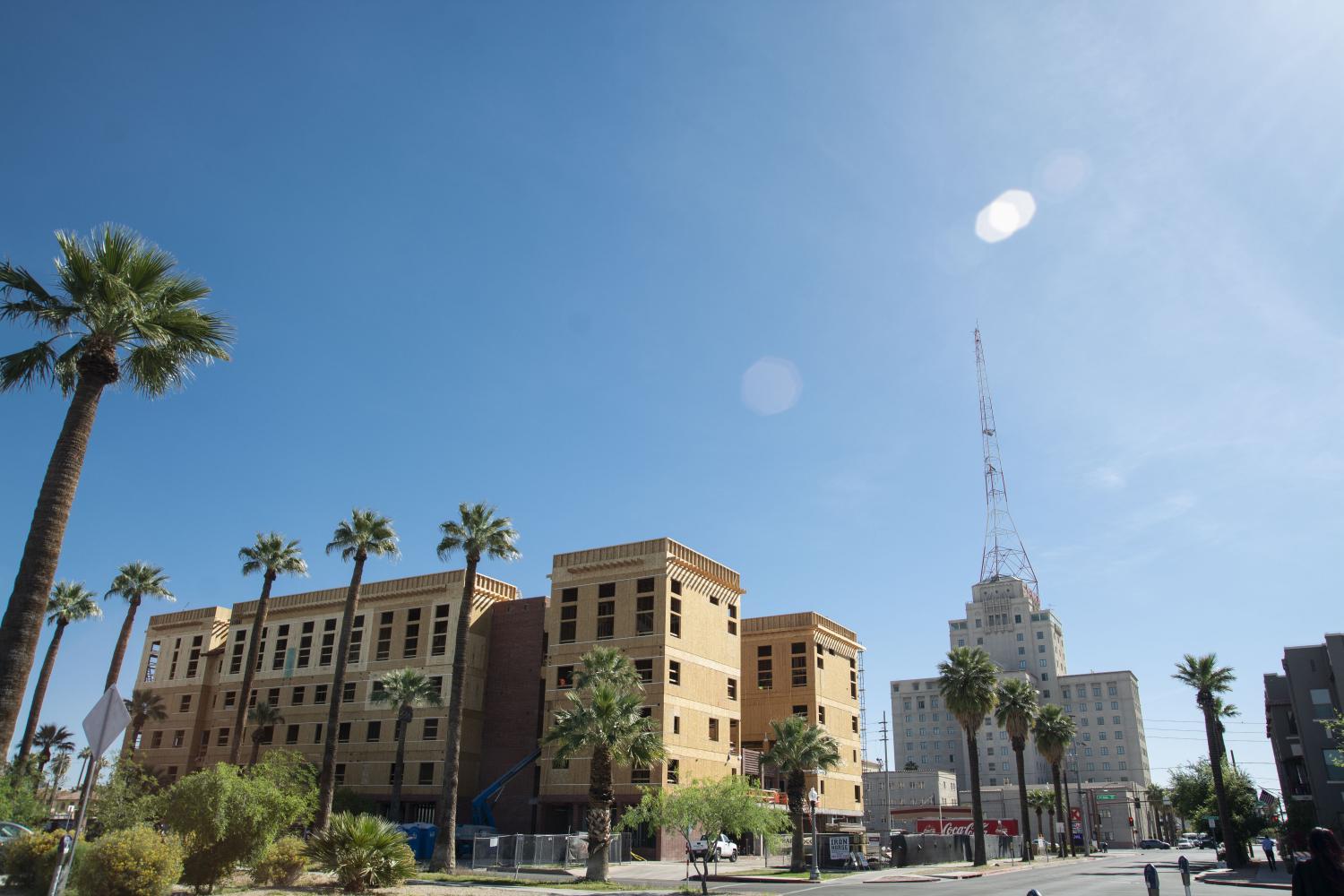 Katherine Davis-Young/KJZZ
Rents in Phoenix are on the rise, and over the past few years we've faced a growing shortage of affordable housing.

Look around Phoenix and you see cranes and construction sites, new buildings everywhere. If you think this city looks like a place that’s developing fast, you’d be right.

Our population is among the fastest-growing in the country. Over the last few years, around 200 people have been moving to the Phoenix area every day. Chanel Sinclair is one of them.

"I came out here and I like the people and I come from California, so it was a lot cheaper living out here," Sinclair said.

Sinclair moved to the Phoenix area in 2015, and she knew Arizona had a reputation for being an affordable place to live. But she’s a single mom, and she doesn’t earn a lot working as a teacher’s aide, and she found out pretty quickly, Arizona wasn’t as cheap as she had imagined. 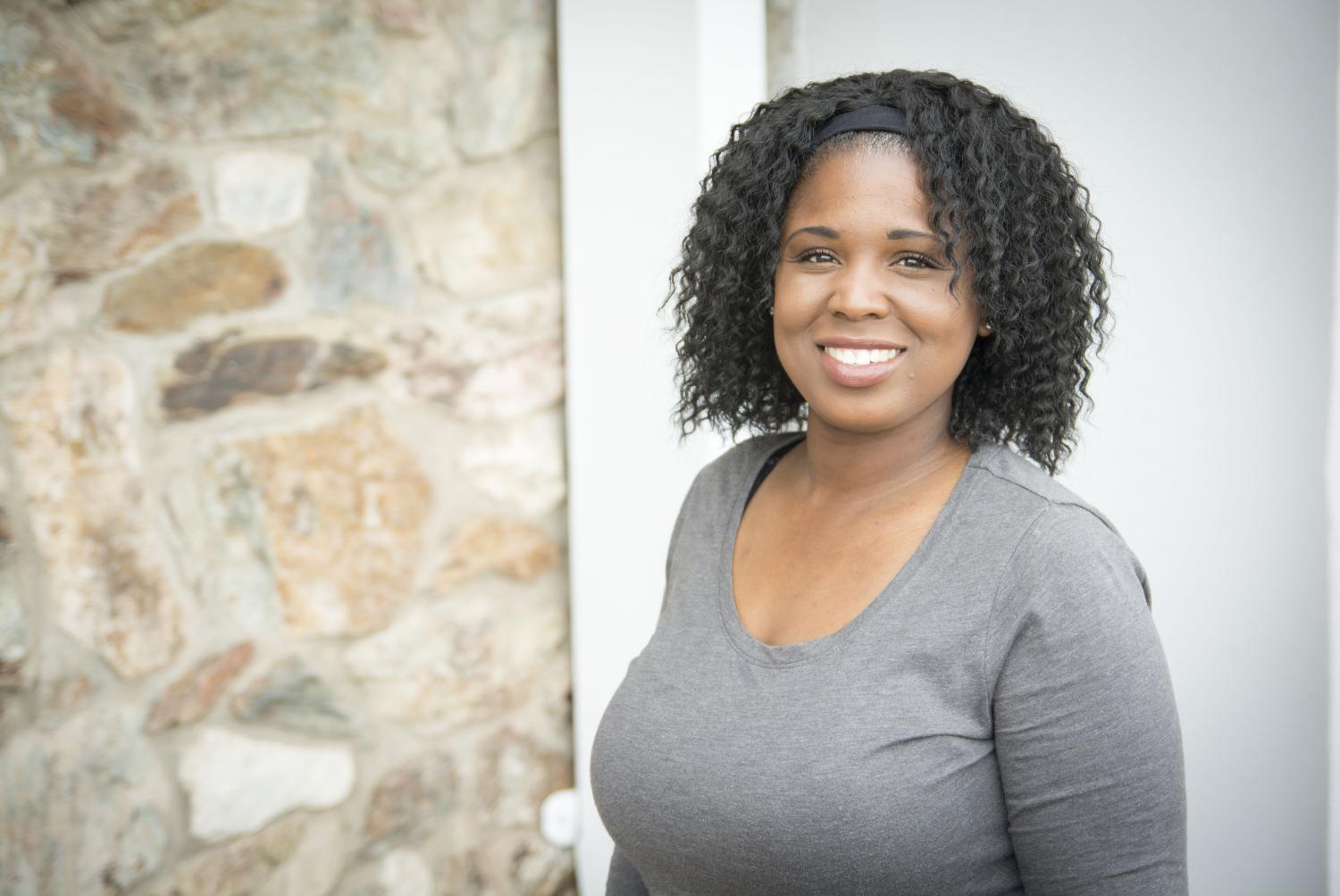 Katherine Davis-Young/KJZZ
Single mom Chanel Sinclair moved to Arizona to take care of her sister, who has chronic health problems. While housing in the Phoenix area was cheaper than it had been for her in California, Sinclair still found it difficult to afford housing.

"Nope, there was not a lot of options. It was really hard. It was very hard," she said.

Arizona now has the third-most-severe affordable-housing shortage in the country, according to the National Low Income Housing Coalition. That means that for every 100 extremely low-income people in the state, there are only 25 potential places they could afford to live.

And some said this problem has been a long-time coming.

Ben Stanley is a postdoctoral researcher at ASU’s School of Sustainability. He said Phoenix is growing fast now, but this isn’t the first time in history that Phoenix has experienced massive population growth.

"Phoenix changed drastically, actually starting with the 1930s under the New Deal, but especially with the start of World War II. And once the ball started getting rolling on growth, it seemed like it just, it never stops," Stanley said.

Between 1950 and 1960, Phoenix’s population more than quadrupled driven by the baby boom, availability of cheap homes — and even the development of air-conditioning. Suburban sprawl was taking off nationwide, but especially in Phoenix.

In the decades after WWII, the metro Phoenix area was actually expanding so fast that a lot of the city’s economy was being driven by the growth itself.

The whole region started to become dependent on construction jobs, and real estate and housing development.

"It doesn't seem especially sustainable, not just for actual environmental reasons, but just for economic reasons that how do you have an economy that it constantly requires more people to move to the, so the area is constant, requires unending construction and so on?" Stanley asked. 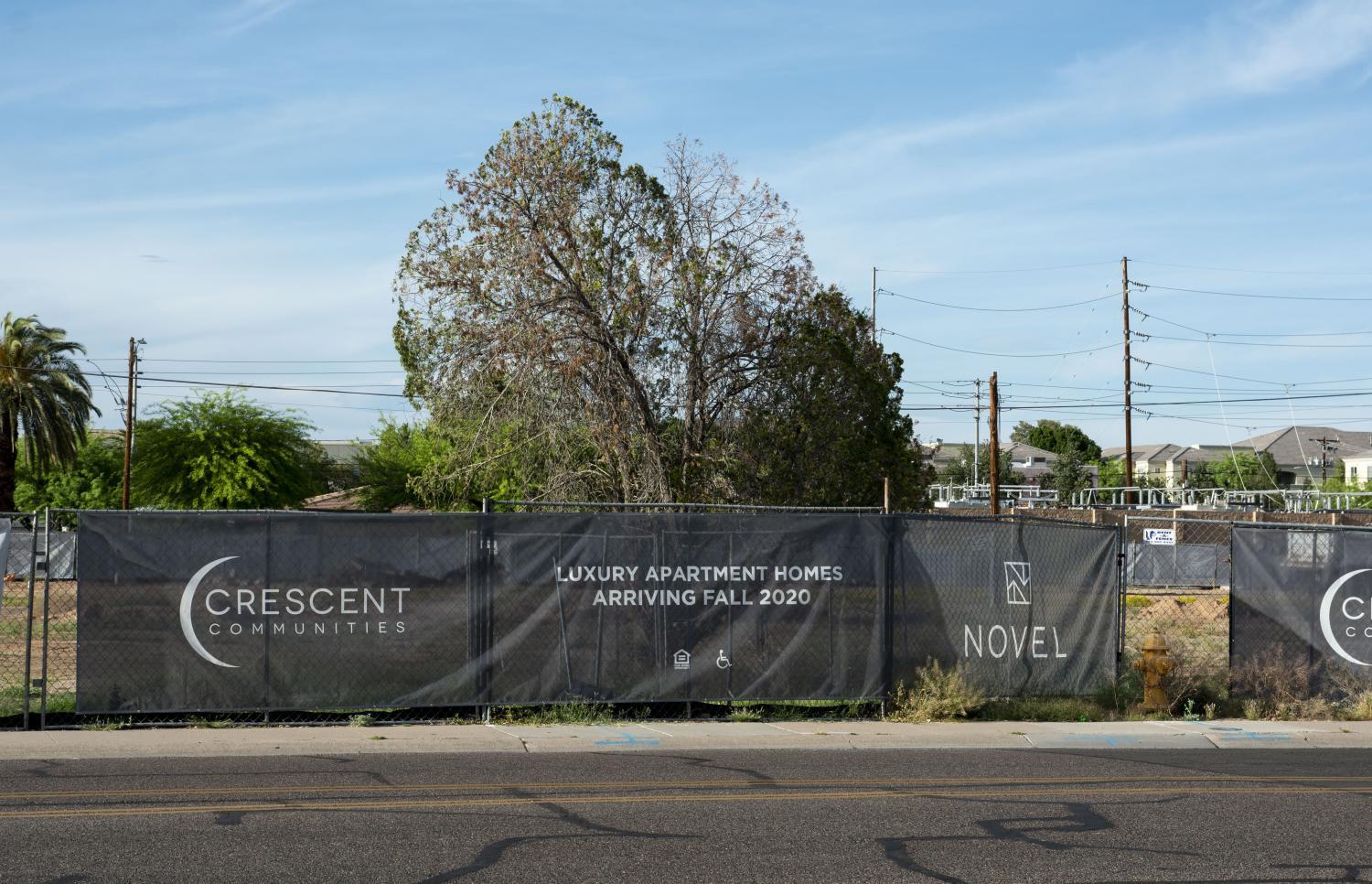 Katherine Davis-Young/KJZZ
A sign in central Phoenix advertises new luxury apartments coming in 2020. The majority of new housing being built in Phoenix is market rate, while the city's shortage of low-income housing has become one of the most severe in the country.

Phoenix became so dependent on development that it was among the hardest hit places in the country in the 2008 housing market collapse.

New home construction in Phoenix largely came to a halt during the recession, but land speculation continued.

"Say in the early 2000s, a property would be priced at about $10 a square foot for a completely vacant piece of land and near downtown Phoenix. And often after being bought and sold about six times in the span of two years, these properties went up to over a hundred dollars a square foot. So in many times these properties went up tenfold and value without any, any improvement whatsoever being done to the property itself," Stanley said.

That means after the recession we had very little new housing, but land prices in many areas were still becoming inflated.

Kelly McGowan is with the nonprofit Wildfire which works to fight poverty in Arizona. She says The other thing the recession left behind in the Phoenix area was low wage jobs.

"We lost a lot of high-wage jobs, and we replaced those with low-wage jobs. So there’s that component a lot of people who were making more pre-recession came back into the economy making less than they were before," McGowan said.

According to Wildfire, the amount of money someone needs to make to afford a one bedroom in the Phoenix area has risen about a dollar in the last year — it’s now around $16.69 per hour. 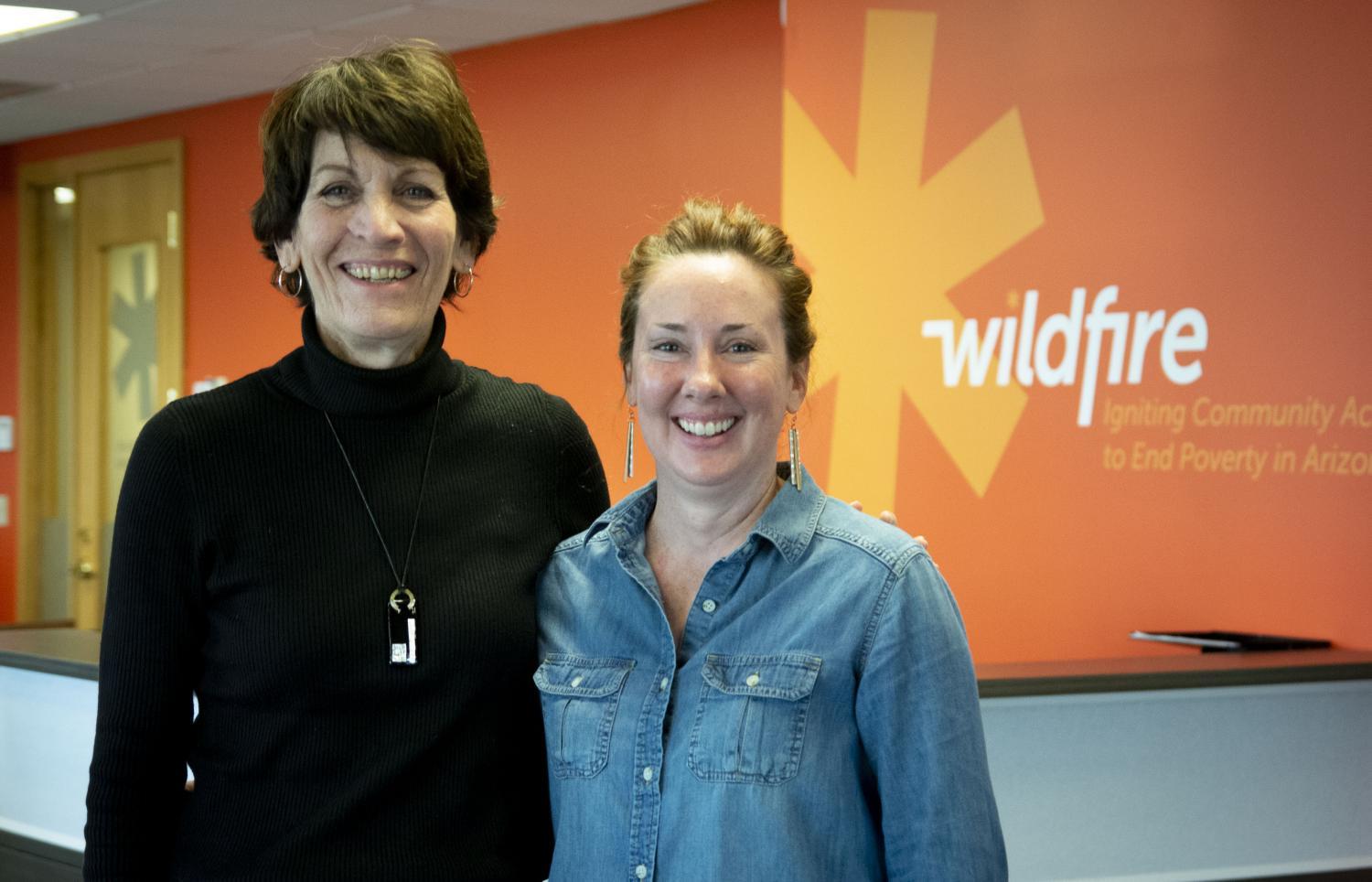 Katherine Davis-Young/KJZZ
Cynthia Zwick (left) and Kelly McGowan of Wildfire said wages in Arizona are not keeping up with the increases in cost of living.

But half of all jobs in Arizona pay less than $15 an hour, and that widening gap between housing costs and wages is starting to make a noticeable impact on residents here.

So suburban sprawl, lingering impacts of the recession, land speculation, low wages and rapidly increasing demand for housing have all contributed to a scenario where a working single parent like Sinclair can barely afford the cost of living in Phoenix.

"I think more places like low income apartments and housing should be available because it was hardly any available," Sinclair said.

This story was adapted from the original podcast series (Un)Affordable, now available on Apple Podcasts, Spotify or wherever you get your podcasts.