Download mp3 (7.36 MB)
Coverage of aging is supported in part by AARP of Arizona

Alzheimer’s disease and other dementias can take a toll on both caregivers and the person living with the disease. As it advances, those living with the disease can develop behaviors like anxiety, restlessness and even aggression. Antipsychotics are often prescribed, but there are side-effects. Some providers and caregivers are looking at medical cannabis as an alternative. 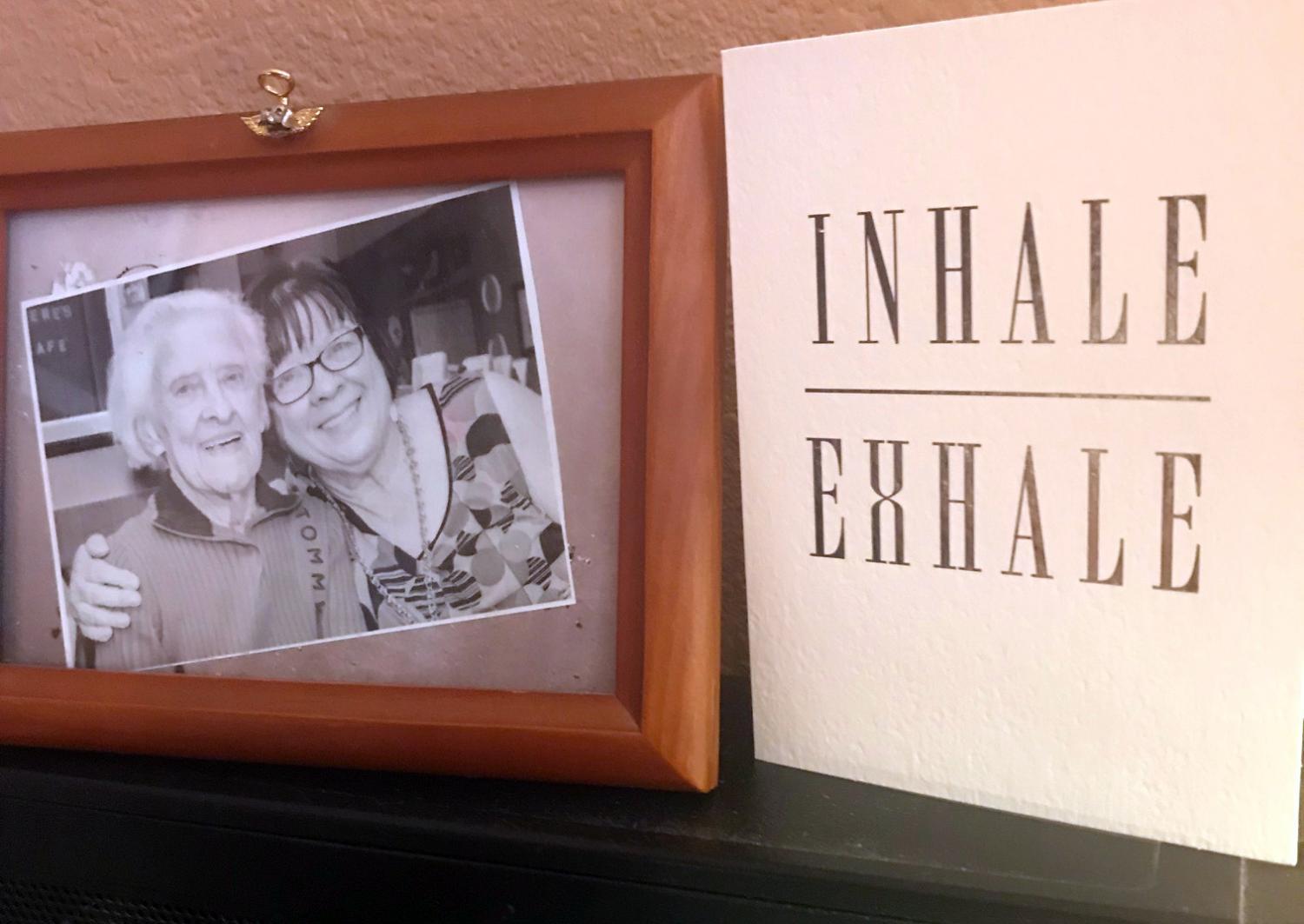 Kathy Ritchie/KJZZ
A photo of Sandy Mercer and her mom, Irene.

"I know exactly when the red flag went up," said Sandy Mercer.

Mercer is talking about the first time she noticed something was really wrong with her mother, Irene.

Mercer and her mother had taken a trip back to the East Coast, where they were from.

"And on Saturday morning, I got up and she was putting her eyebrows on with a ball point pen," she said.

Like Mercer said, there were signs. Irene was eventually diagnosed with Alzheimer’s disease. Mercer tried to care for her mother for about a year without any support, but like a lot of people with Alzheimer’s, Irene developed behaviors.

"She would be walking around the house looking for her mother, who died when she was in her 20s, you know, and saying, 'I need to go home, where’s my home?'"

Irene was sundowning. Sundowning is a symptom of Alzheimer’s disease. It typically occurs later in the afternoon or early evening and it’s an especially difficult behavior to manage — it can trigger restlessness, confusion and agitation. 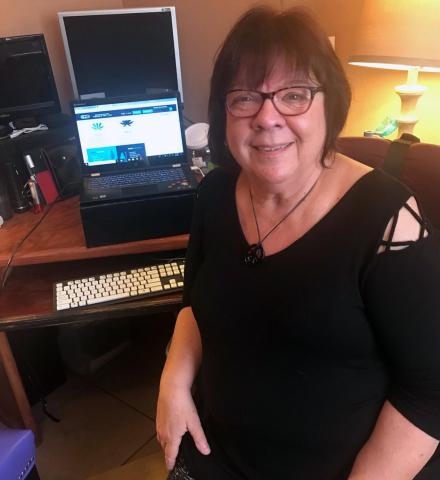 At that point, Mercer had joined an online support community.

"And in that online support group is where I started seeing mentioning of medical marijuana to help out with the sundowning," said Mercer.

Although medical marijuana is still illegal at the federal level, most states have legalized its use, including Arizona. Still, using medical cannabis to treat dementia patients isn’t typical among providers.

As for the dispensaries, Mercer said "they were always nice but they didn’t have that education on using marijuana for an Alzheimer’s patient."

So Mercer did her own research. She also obtained medical marijuana cards for both herself and her mother.

"It was more or less trial and error," she said.

She said she used herself as the guinea pig.

It took her a while to find the right combination of THC, the psychoactive compound in cannabis, and CBD, a non-intoxicating cannabinoid found in hemp (which is legal, as long as it doesn't contain more than 0.3 percent THC).

"And what I would see is that she wouldn’t go into that acute afternoon sundowning, which was the most important, where she was like pacing back and forth and wanting to leave the house," said Mercer.

Mercer’s mother could have been the exception, or maybe she was the rule. But more and more caregivers, even some providers, are considering alternatives like CBD and THC.

In June, the community group Dementia Friendly Tempe hosted a talk about medical marijuana and dementia. It was a packed house.

Jan Dougherty is the special projects coordinator with the Banner Alzheimer’s Institute. She helped facilitate the meeting.

"And so caregivers are saying, "hey, I heard marijuana is being used or somebody is using gummies," and we just felt it was time to have an informed talk by a physician to really help caregivers and the general community understand what marijuana may do or may not do and the reality is, we don’t really know," said Dougherty.

So Dementia Friendly invited Dr. Walter Nieri, a geriatrician with the University of Arizona College of Medicine, to talk about medical cannabis. 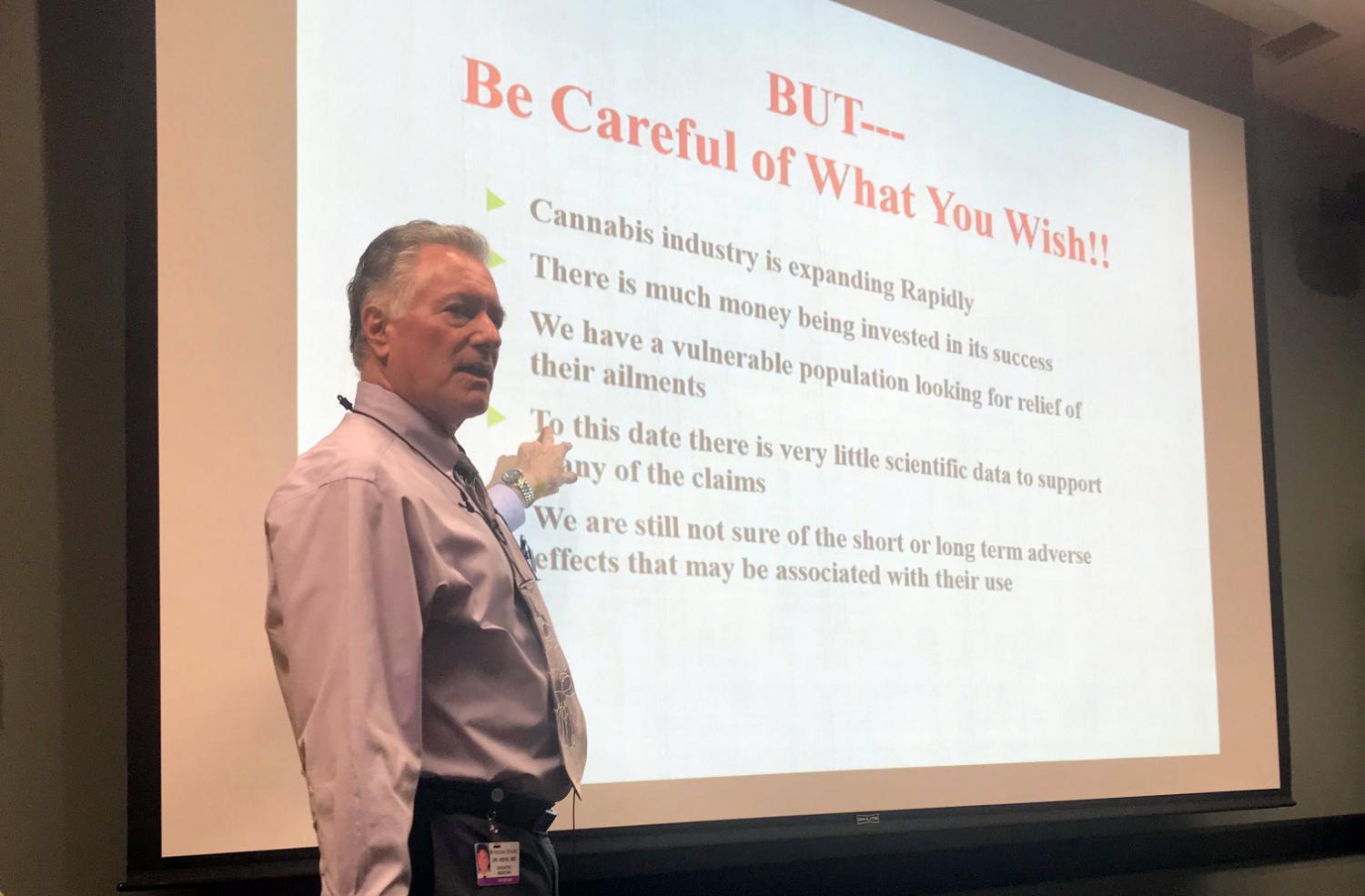 Kathy Ritchie/KJZZ
Dr. Walter Nieri is a geriatrician with the University of Arizona College of Medicine.

Nieri, a dementia specialist, is in the early stages of a small study — so far, only 10 to 15 participants — that will look at the effects of medical cannabis in patients who have dementia with behavioral problems. But because cannabis is still illegal at the federal level, he has to conduct his study at a long term care facility that does not receive federal dollars.

"To be quite frank with you, I’m kind of desperate because all of the medicines we traditionally use all have side effects," said Nieri.

Like Seroquel, Zyprexa and Risperdal, which are all antipsychotics and mood stabilizers such as Depakote, and the risks associated with those drugs, he says, often outweigh the benefits.

Nieri says some preliminary studies have already shown some promise.

"But I have to do it very carefully on our dementia patients, because they’re also on other medicines and I don’t know the drug-drug interaction," said Nieri.

Even if Dr. Nieri proves that medical cannabis can help curb behaviors and improve quality of life, will those with the disease and their caregivers seek it out?

According to the Arizona Department of Health Services, as of June 2019, only 105 people listed Alzheimer’s as the reason why they obtained a medical marijuana card — there are currently more than 200,000 card holders in the state.

"This current group of older adults remember they grew up a in a time where marijuana was very much frowned upon," said Dougherty.

"Reefer Madness" was a 1936 film that depicted the downward spiral of two teenagers who tried marijuana. While the film might have scared an entire generation, it may not be the same for Baby Boomers.

"The discussion in the Boomer group will be a bit different, because this is a group where it was readily available," said Dougherty. Many of them did experiment or have continued to use marijuana throughout their lives, obviously under the radar, if you will."

For Dougherty and others, one big take away from Dr. Nieri’s talk is that, besides studies, conversations need to happen between patients, families, providers, social workers and even those who work in the cannabis industry. Because in order to do no harm, everyone has to be part of this important conversation.