On International Day Of The Disappeared, Hermosillo Marches Through Downpour 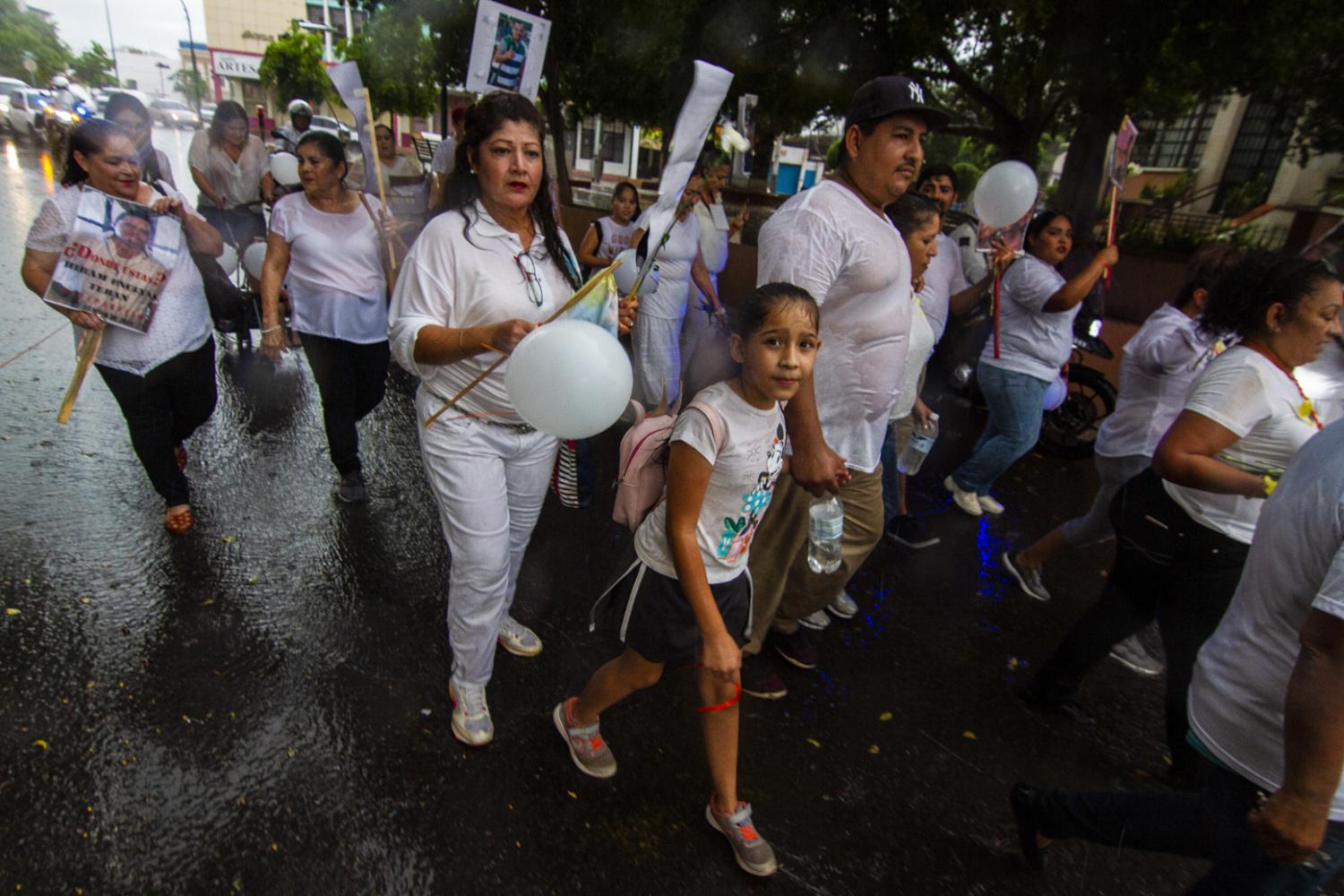 Friday was International Day of the Disappeared, which honors missing people around the world.

There are more than 2,000 disappeared people in Sonora, and roughly 40,000 nationwide.

Janette Lara recently joined the Guerreras Buscadoras de Sonora, or Sonoran Warrior Searchers, a group that has taken up searching for the missing after official channels fail. Her son went missing after an apparent kidnapping this June.

“It’s a protest, to see if this way (the authorities) will pay attention,” she said. “Because it seems like everything is stopped. Nothing is being done. There are people whose loved ones have been missing for more than a year, and nothing is known.”

Since last year, the warrior searchers have found the bodies of 72 people who had gone missing, according to one of the group’s founders.