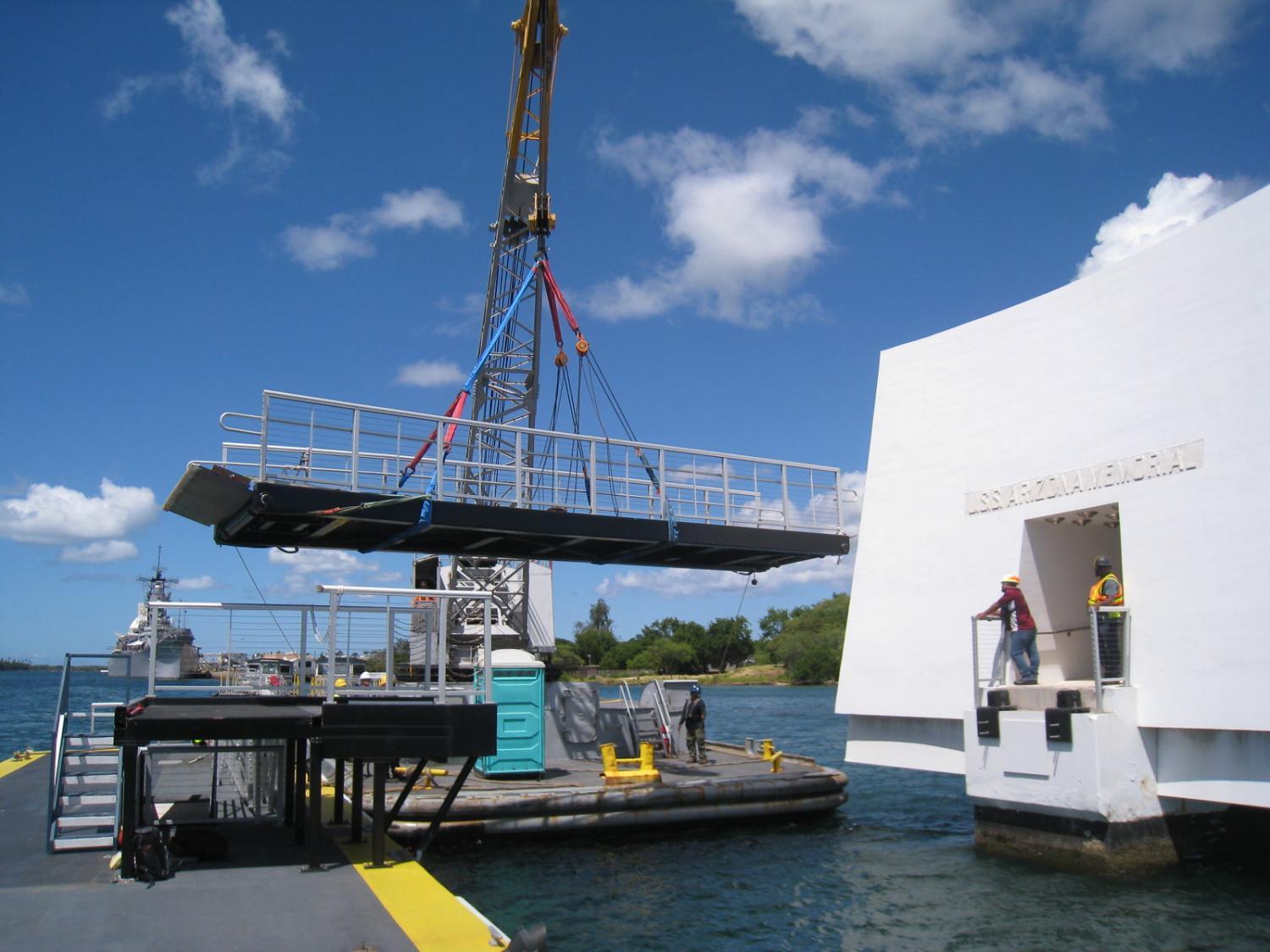 Scott Henrickson/National Park Service
A crew reinstalling the ramp at the USS Arizona Memorial in August 2019.

The USS Arizona Memorial marks the spot where the ship went down Dec. 7, 1941.

More than 2,400 Americans were killed in the attack, including nearly 1,200 on the Arizona. The memorial reopened after closing in May 2018 because of issues with the anchor system.

Repairs cost more than $2 million, according to acting superintendent Steve Mietz. He says the National Park Service is happy to welcome visitors back to honor and remember the victims of the fateful attack.