Q&AZ: Is Hitchhiking Illegal In Arizona? 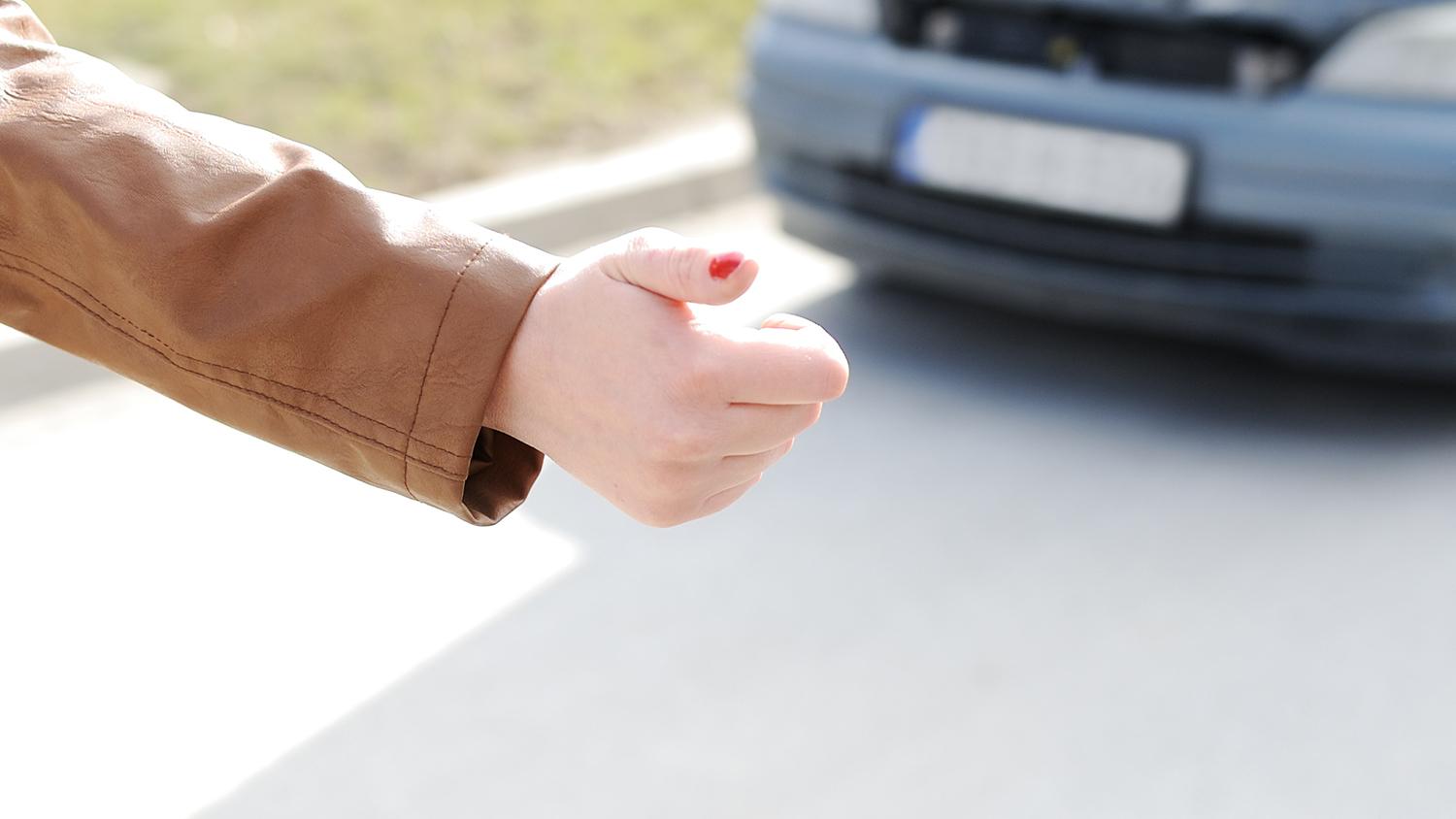 storyblocks.com
On Arizona highways and interstates, hitchhiking is considered trespassing and a safety issue for pedestrians and drivers.

Many people would consider hitchhiking dangerous, but is it illegal in Arizona? That’s what a KJZZ listener asked us to find out.

Arizona highways and interstates carry a lot of cars, trucks and motorcycles. What they should never carry, according to Arizona Department of Public Safety spokesperson Bart Graves, are hitchhikers. He said it’s considered trespassing but more importantly, it’s a safety issue for pedestrians and drivers.

“For the same reason you cannot along the highway try to stop vehicles to try to solicit money, a donation, whatever, you can’t set up like a — for instance, a lemonade stand or something — and solicit business on the highway, you can’t be walking along the highway,” he said. “The law states to do so would be to recklessly interfere with the passage and public thoroughfare of public vehicles.”

He said in most cases, the trooper will explain the law and issue a verbal warning. But obstructing a highway or public thoroughfare is a misdemeanor and could lead to a ticket or arrest.

Arizona Revised Statutes 28-796 states pedestrians shall not stand in a roadway for the purpose of soliciting a ride from the driver of a vehicle.