Mexico Wants U.S. To ‘Do Much More’ To Stop Firearms Trafficking 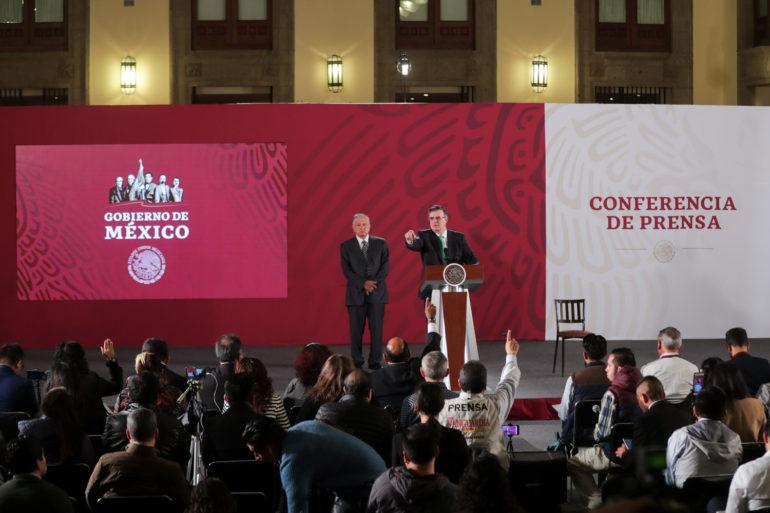 The United States has been pushing Mexico to do more to tighten controls on migration to the southwest border. Now, Mexican officials say it’s time for the U.S. to staunch the flow of firearms across the border into Mexico.

Mexican Foreign Relations Secretary Marcelo Ebrard said in a press conference Thursday that Mexico is meeting promises to limit the number of migrants reaching the southwest U.S. border. But he says in a meeting with U.S. leaders Tuesday he made it clear that ending firearms trafficking is as important to Mexico as slowing migration is to the United States.

“Mexico will be demanding that the United States take action in reciprocity with those Mexico is taking,” he said, adding that the U.S. is doing little to keep guns from illegally crossing the border south into Mexico, and must “do much more.”

Ebrard said 70% of guns used in crimes committed in Mexico so far this year came from the U.S.

“Of firearms involved in crimes our country, that have been recovered, 41% come from Texas, 19% from California and 15% from Arizona,” he said. “That’s why, for us, this is the highest priority right now.”

A new binational group of law enforcement officials was created on Monday to address firearms trafficking, he said.

“We agreed there will be a monthly progress review, that is to say, Mexico will be publishing monthly how many firearms linked to crimes in Mexico are from the United States,” he said.

The goal, he said, isn’t just to reduce firearms trafficking, but freeze it entirely.

“And for that we need the participation of U.S. authorities," he said.