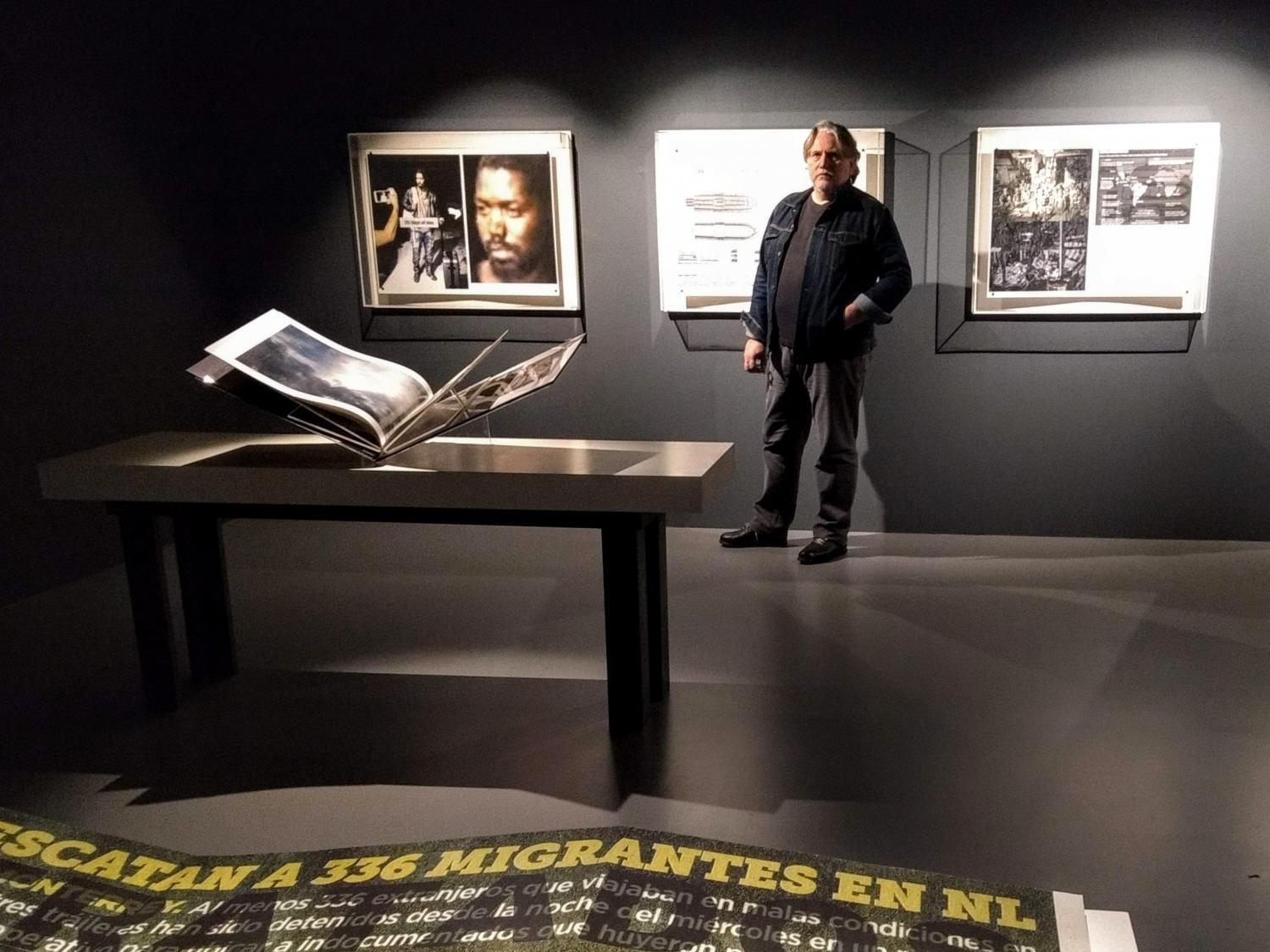 MEXICO CITY — Social and political issues have been sources of inspiration, concern or outrage for many artists around the world for centuries. And in Mexico City, migration is taking the current art scene.

Migration-related tensions between Mexico and the U.S. have inspired several artists in Mexico to create art statements, with the hopes of creating awareness or opening dialogues.

In her studio in Mexico City, Rocío Cerón flips through the pages of a book, until she finds one of her poems. She reads a fragment:

“The offering is my tongue that mangles Spanish and no longer can rest in its own land ...” 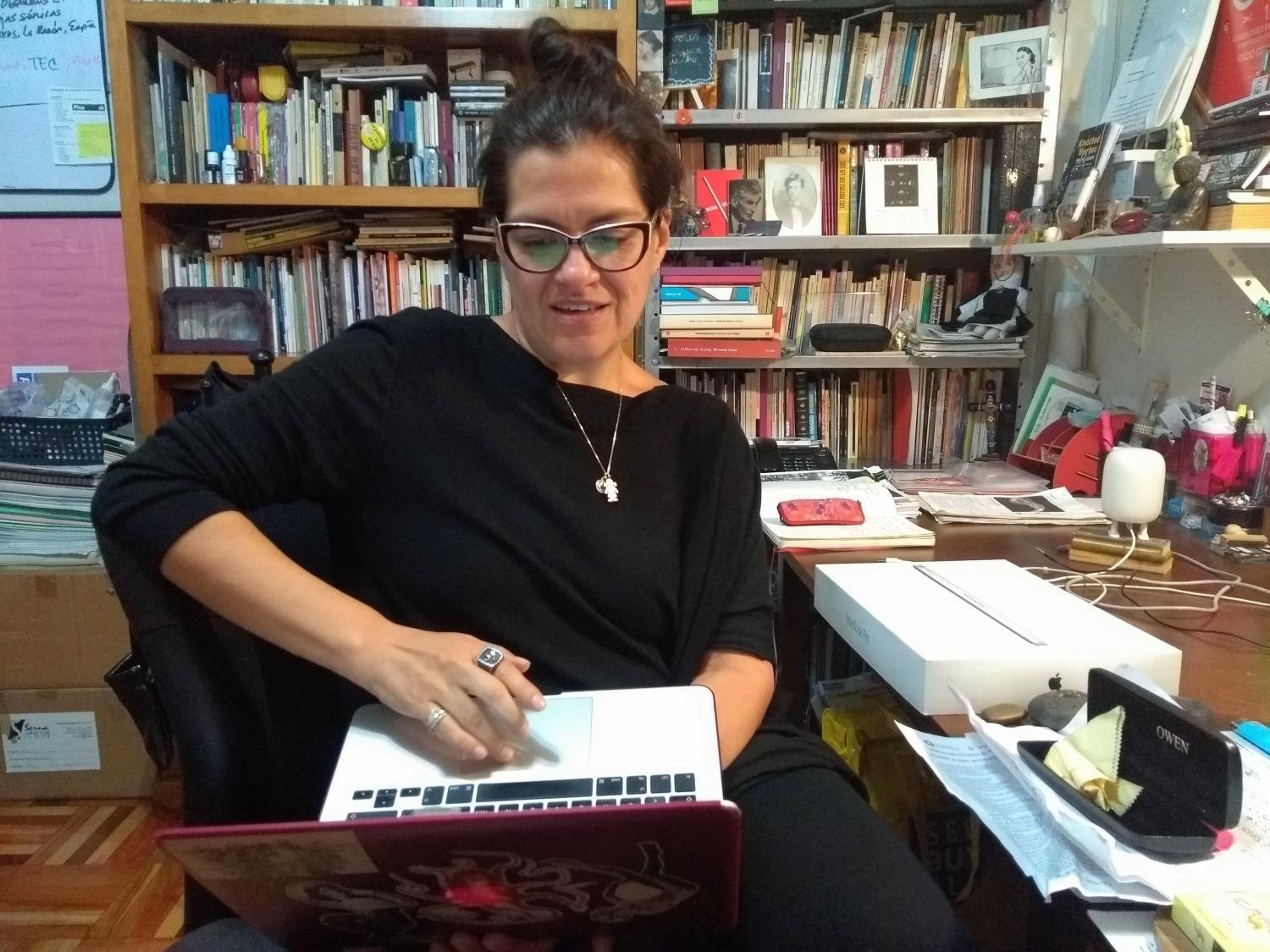 Rodrigo Cervantes/KJZZ
Poet and curator Rocío Cerón at her studio in Mexico City.
Cerón is a poet and also a curator. She recently coordinated Transmedia Borders, a collaborative project with 12 artists from Mexico, the United Kingdom and the U.S.

“We were really worried about the migration and displacement because this is a very common situation that we are living all over the world,” Cerón said.

Aki Onda is a Japanese sound artist living in New York, and he participated with a piece reflecting on how radio waves cross boundaries and mix with other frequencies called “A Method To Its Messiness.”

For Cerón, globalization has made many problems universal, including migrations and their impact in our neighborhoods and identities. And art is a way to reflect on it.

“It’s like the metaphor or it’s like other ways to understand what we are living now,” the poet said.

Eduardo Sarabia is another artist exploring his own identity. He’s from the Chicano neighborhood of Boyle Heights, in Los Angeles, son of migrants from Sinaloa. He currently lives in Guadalajara, Mexico.

Through his work, Sarabia explores his roots as a Mexican-American. 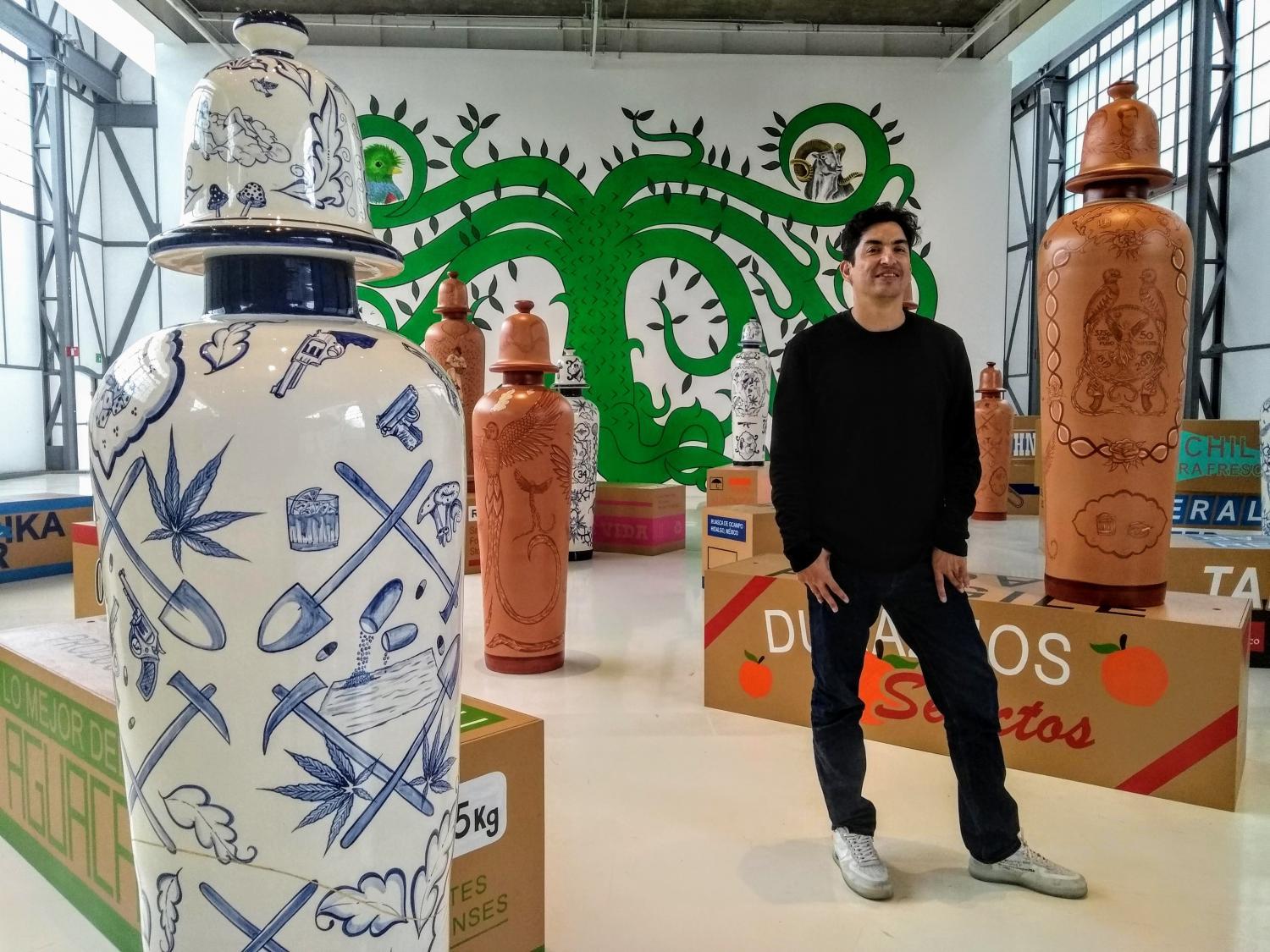 Sarabia’s exhibit at El Chopo Museum in Mexico City is called “El Toro and Other Tales.” It’s a display of boxes emulating cargo shipments and pottery with illustrations of Sarabia’s imagery, including the L.A. Dodgers legend from the '80s, Fernando “El Toro” Valenzuela.

“For the Mexican community in Los Angeles at that time, it made sense to have some sense of proudness of their culture: like a Mexican came and triumphed in Los Angeles,” the artist said.

Sarabia said the current immigration-related tensions has made him feel more committed to tell his story through his work. He expects that his pieces may also open dialogues on what migration really means.

“You know, there’s a lot of miscommunication and misunderstandings, because all the tension that’s been created and the language that’s been used in the last, I don’t know, couple of years,” Sarabia said.

At the Carrillo Gil Contemporary Art Museum, visual artist Gerardo Suter revisits the tragedies behind migrations. He uses online footage, as well as photos and newspaper clips to create video installations and collages of what he considers painful journeys and forced displacements. 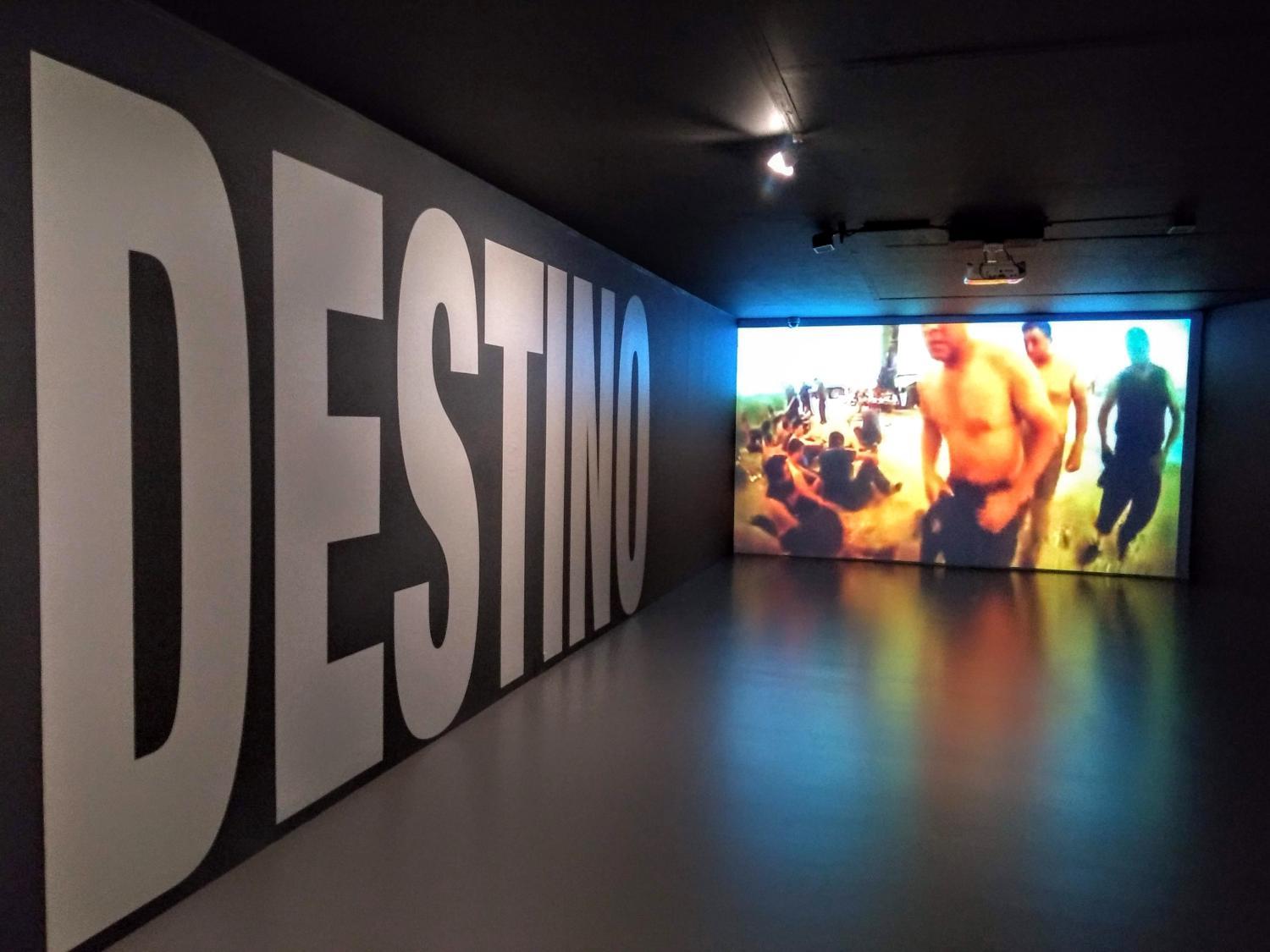 Rodrigo Cervantes/KJZZ
"Destino" translates to "Fate" or "Destination," and it's a key component in Gerardo Suter's exhibit at the Carrillo Gil Contemporary Art Museum in Mexico City. The video shows hidden migrants leaving a container.

Suter tours me around his exhibit. One room projects ghostly, magnified images of undocumented migrants crossing the U.S. border.

A voice narrates on the background: “Around 10:00 pm, a member with night vision thought he saw something cross ...”

In another room, a projection shows migrants getting out of a container while cops order them to kneel.

“In this sequence, you see the arms of the policeman, you see, because the camera is on the chest,” the visual artist said.

His exhibit is called “Origen y destino,” which translates to origin and destination, but also to genesis and fate.

“So, the destiny is not a physical place, but more an emotional situation,” Suter said.

According to the artist, migrations result from centuries of exploitation from industrialized nations to impoverished regions. And Suter said he can’t save the world as an artist … but, at least, he can put his finger on the tragedy.