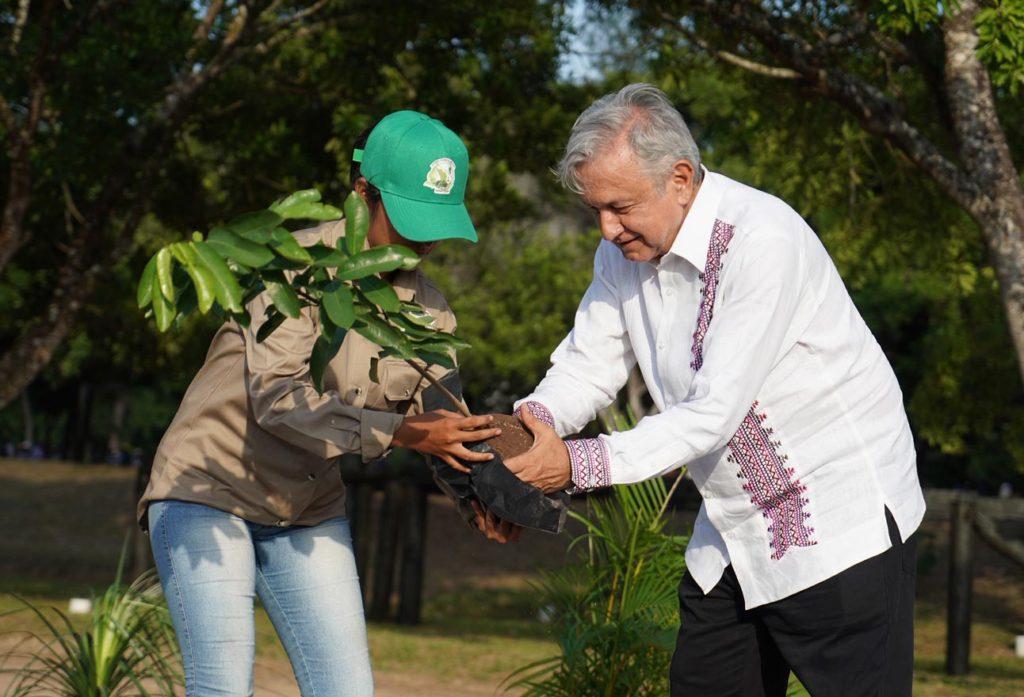 Office of the Mexican President
President Andrés Manuel López Obrador plants a tree for the "Planting Life" development program from his government.

Activists in Mexico want to bring Thunberg to the country. They also want the government to declare a climate emergency while committing to do more against global warming.

"More than declaring a climate emergency, what we have to do is carry out actions to regenerate the environment, to reforest, to clean the water, to prevent the pollution," said president Andrés Manuel López Obrador.

López Obrador said he’s satisfied with the program he leads for planting fruit trees in southern Mexico and Central America.

But the president also plans to build oil refineries on the Gulf of Mexico and a tourist train in the jungle. Environmentalists have severely criticized both projects.