U.S. Ambassador In Mexico Wants To Modernize The Border 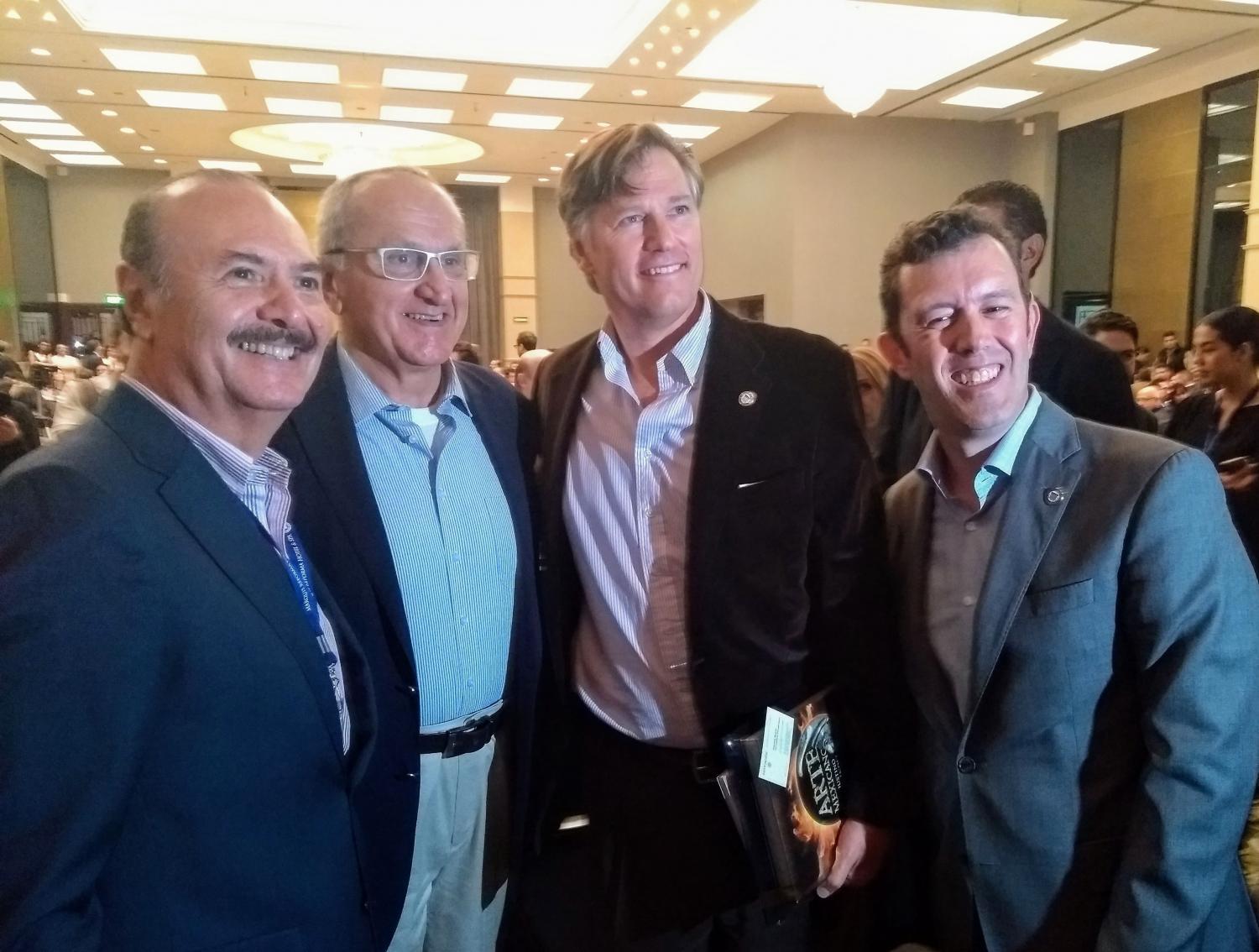 Rodrigo Cervantes/KJZZ
Christopher Landau (brown coat), U.S. ambassador in Mexico, at a reception in Mexico City on Sept. 28, 2019. At his left, Larry Rubin, president of the American Society of Mexico and Mexican Undersecretary of Foreign Affairs Jesús Seade on his right.

MEXICO CITY — The recently appointed U.S. ambassador in Mexico, Christopher Landau, met with a community of American expats in Mexico City on Saturday. And he told them he wants to be remembered as the ambassador who modernized the border.

Landau met with members of the American Society of Mexico and said he wants to help grow the relationship between both nations, where the border plays an important role.

According to the ambassador, trade between Mexico and the U.S. suffered as a result of recent migrant caravans, as U.S. customs officials had to work as immigration agents.

Landau said it’s very important for him to have a 21st century border, with more modern equipment like X ray technology and simpler customs procedures.

The ambassador committed to help bring solutions to bilateral problems such as organized crime. He recognizes that more needs to be done from U.S to stop weapons trafficking into Mexico.