It’s a club no one wants to join.

But the Valley of the Sun Chapter of Parents of Murdered Children has nearly 2,000 members. Recently, hundreds of people gathered to mark the National Day of Remembrance for Murder Victims at Encanto Park in Phoenix.

Everyone stops at the tables first. That’s where the display frames are set up. Thirty-four frames list 1,706 names, including Beckie Miller’s son Brian Ray Miller.

Brian had just turned 18. He was walking his girlfriend home from work.

Christina Estes/KJZZ
The Valley of the Sun Chapter of Parents of Murdered Children has more than 1,900 members.

“It was gang members that were bored and broke and out to rob someone, and they just happened to walk by,” Miller said.

“Grief is universal,” Miller said. “But murder exacerbates and compounds it.”

Beckie Miller found others who could relate through Parents of Murdered Children, a national nonprofit organization. She has spent 26 years leading the local chapter, holding monthly meetings and grief retreats, attending court dates and trials, and educating families about parole hearings and release conditions. Years filled with heartbreak and purpose.

At the National Day of Remembrance ceremony in late September, she said survivors have a duty to remember their loved ones.

“If we forget those who are senselessly murdered in our country every day, what will ever change to end the violence that led to their deaths?” she asked.

In the audience, Dorothy Green listened. She wore orange pants — orange was her son Andrew Aranda’s favorite color — and a white T-shirt with a button that featured her son’s smiling face.

“He was 22, and he would have been a senior in college,” she said. “So, he would have graduated this last May. He was studying to be a social worker.”

In August 2018, just days before he was killed, Andrew told his husband he wanted a divorce.

“My son-in-law chose to go and buy a sledgehammer, and he murdered him,” Green said.

Green said grief is different when the death is violent and unexpected. Friends, co-workers and other family members sense it, too, and often don’t know how to respond.

“One of the hard things after Brian was killed was how many friends just disappeared from our life,” she said. “It was just too hard from them to face. And, like I said, they can't fix this. And then they don’t know what to say. And all you have to say is, ‘I’m sorry,’ and then stick by us. And even if, for 100 times, you ask us to go to the movies and resume a normal life and we say no, keep asking. Because eventually we do — we need to.”

It took five years, Miller said, before she experienced joy again. It was after she and her husband, Don, adopted a baby.

“And I held her in my arms when she was born and that was true and absolute joy,” she said. “Although I paid the price a few days later with guilt for feeling that joy until I realized that Brian would want me to.”

Feeling joy again seems far away for Dorothy Green. But she and her daughter, Sierra, who is Andrew’s twin, have found comfort through Parents of Murdered Children. They go to regular meetings and attended a grief retreat two months after Andrew was murdered.

“Finding a support group, finding people that you can talk to really is helpful in terms of processing the grief,” Green said. “We benefited from other people who had taken that same tough journey and road before us and now there are people that are newer than us and so we get to pay it back to the people who are coming after us.”

Dr. Sandi Howlett, a bereavement specialist who spoke at the National Day of Remembrance, told the group, “Some things in life can’t be fixed. They can only be carried. We decide how we will carry them.”

Family members and friends were invited to speak the names of their daughters and sons, mothers and fathers, aunts and uncles, sisters and brothers, grandchildren and friends into a microphone. The recitation of names and bell ringing is an important part of the ceremony that has taken place for eleven years in Phoenix. For the families and friends who cannot-or choose not to-attend, Beckie Miller speaks for them. She directed the bell to ring 34 times, one for each frame containing names.

“Throughout the years we’ve got a lot of families that have come and gone, but we always remember their loved ones because that was a promise I made many years ago,” she said.

The event ended with people joined together by tragedy joining hands. They formed a circle and watched white doves fly in the blue sky while listening to a song a survivor created just for them. It’s called, “We Are The Survivors” and it is was adopted as the national theme song for Parents of Murdered Children.

Members wish the group didn’t exist — but they are grateful it does. 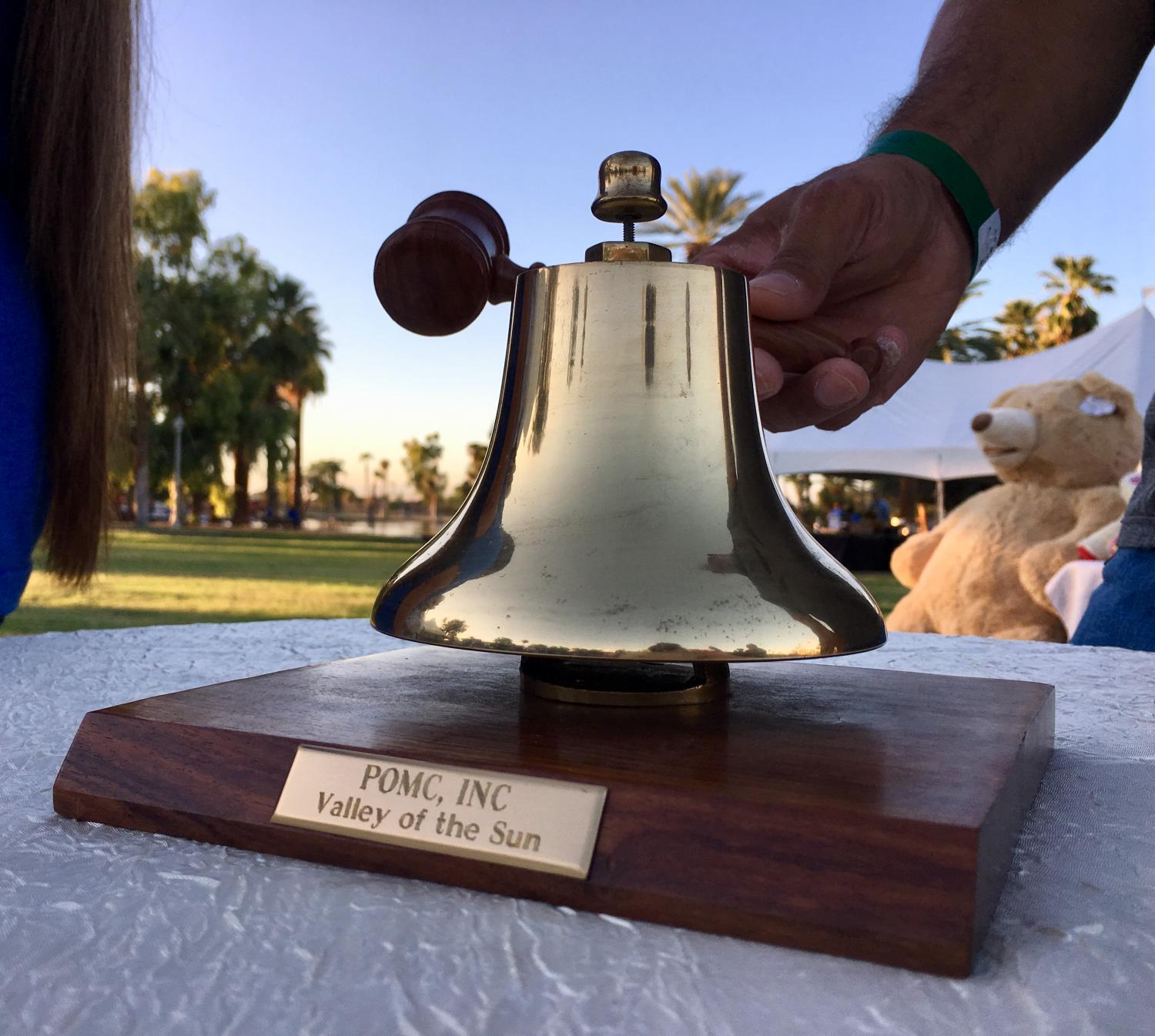 Christina Estes/KJZZ
The Valley of the Sun Chapter exists "to support persons who survive the violent death of someone close as they seek to recover."