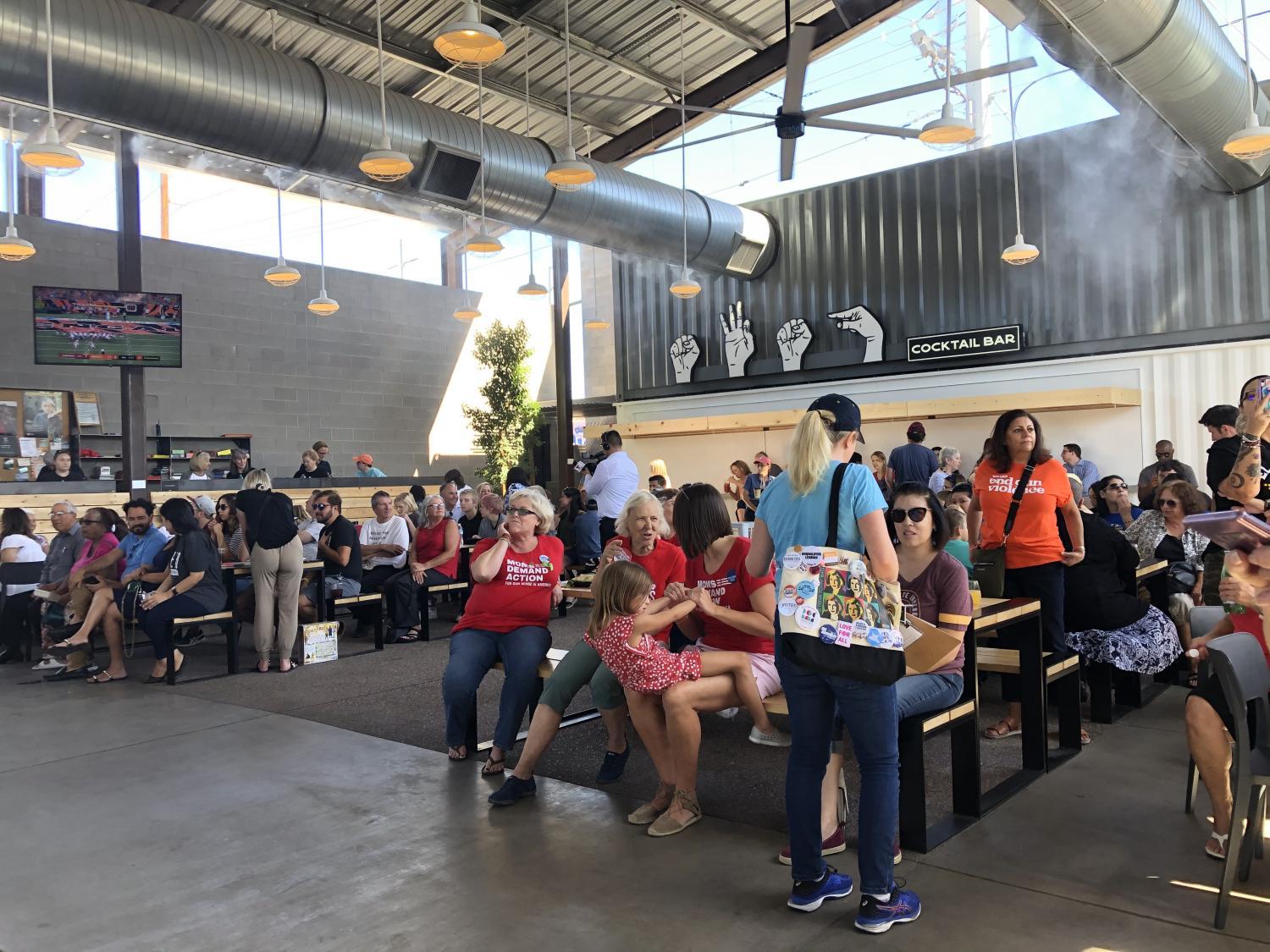 “I’m here in Arizona to enlist the help of people who want to see this country achieve its potential and fulfill its promise,” he said.

O’Rourke, whose hometown of El Paso was the site of a mass shooting in August that killed 22 people, has taken a firm stance on confiscating semi-automatic rifles, saying “Hell yes, we’re going to take your AR-15.”

Many gun control advocates, including Laura Hudson with Moms Demand Action, were there.

“I am a gun violence survivor in that my husband died by gun violence,” she said. “We’re here to lend our support and bring visibility to gun violence prevention. There’s just so much we can do to bring those numbers down without infringing on anyone’s Second Amendment rights.”

Arizona is considered by many to be a pro-gun state, and about a dozen pro-Second Amendment protesters were at the rally.

“Hands off our guns Beto!” said one protester, when given the microphone to ask the candidate a question. “You’re not getting our guns! The AR-15 is no more deadly than my Ruger 45!”

She was met with loud boos from the crowd.

Sonya Manderson, who was at the Ambassador Hotel the night Robert F. Kennedy was assassinated in 1968, said the presence of the pro-gun protesters made her uncomfortable, especially given the recent mass shootings. She made a point of sitting near the exit. 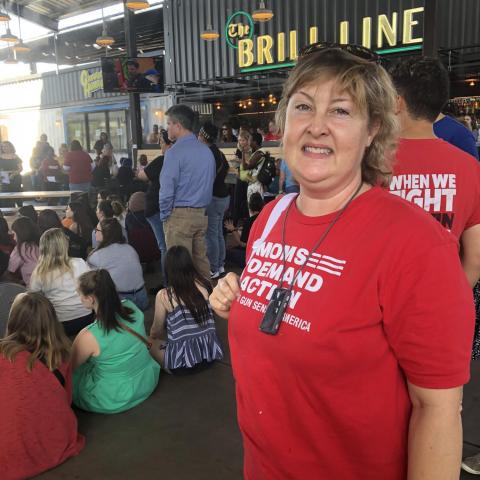 “With these people here, who knows what could happen,” she said. “We’re in a big crowd of people. In this day and time, you gotta know. I know how to get under a table.

Many in the crowd were undecided voters trying to learn about the different candidates in the large pool of Democrats.

Air Force Gulf War Veteran Damon Dunsmore came to the Town Hall wearing a Veterans Against Trump shirt. An independent, he voted for Clinton in 2016, but hasn’t decided who he likes for 2020. He says he’s pretty sold on O'Rourke, but they disagree on one issue.

“As a second amendment supporter, I don't align with all of his views, but I understand where he’s coming from,” Dunsmore said. “ I volunteer at a local high school, and when I have to think about exit strategies in case something goes down, you shouldn’t have to do that. I understand where he’s coming from, and I respect it. Not exactly where I’m at, but there's a middle ground to be had.”

18-year-old Bailey Fletcher will be voting for the first time in 2020. She’s already made up her mind.

“I’ve been listening to everything he’s saying, and I feel like he’s talking for everyone,” she said. “I just feel like there’s a change with him. He’s new, he’s fresh, he’s young. He just speaks for everybody.”

O’Rourke’s message to undecided voters from both parties is one of unity.

“We can ensure that America really delivers for everyone,” he said. “Universal healthcare. Rewriting our immigration laws. Confronting climate change before it’s too late, and ending this epidemic of gun violence. And I say, no me importa. Whether you’re Republican or Democrat or Independent, all of us [are] coming together at this moment of truth to deliver for America.” 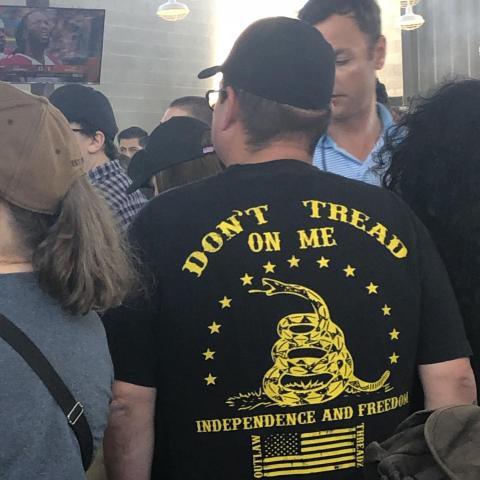 Scott Bourque/KJZZ
One of about a dozen pro-Second Amendment protesters in the crowd on Oct. 6, 2019. 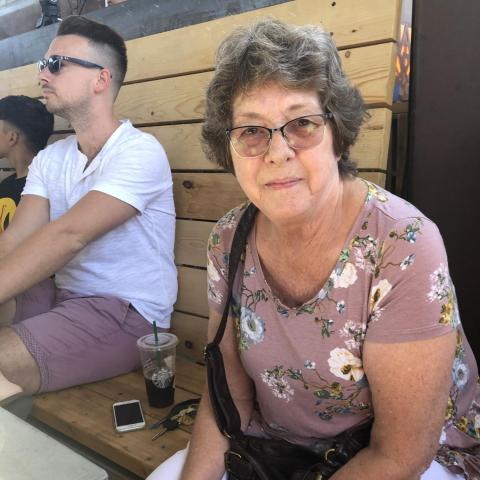 Scott Bourque/KJZZ
Sonya Manderson was at the Ambassador Hotel when Robert F. Kennedy was assassinated in 1968. 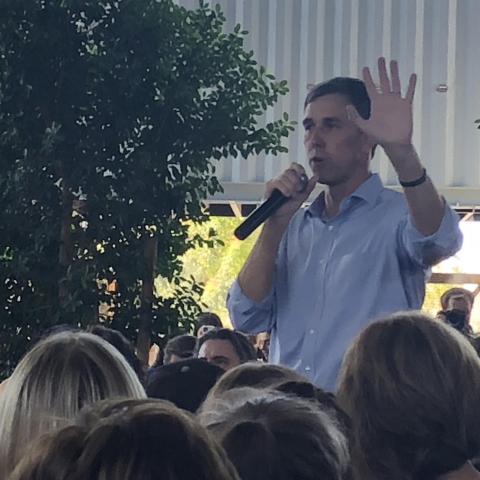 Scott Bourque/KJZZ
Beto O'Rourke speaks to the crowd at his town hall event in downtown Phoenix on Oct. 6, 2019.