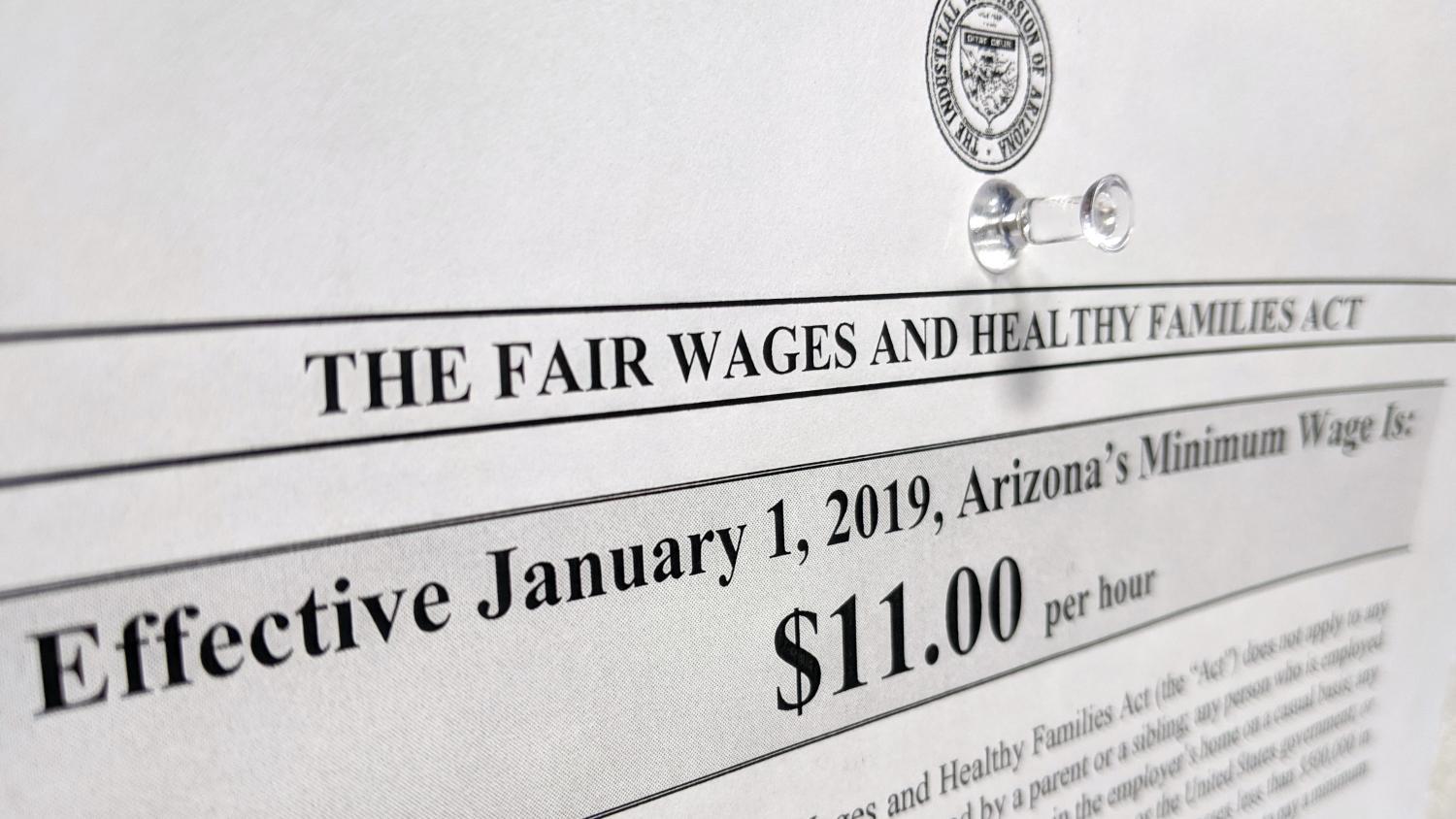 STEVE GOLDSTEIN: Earlier this year, the U.S. House of Representatives moved to end a practice that allows employers to pay people with disabilities less than minimum wage. On Friday, the Arizona Advisory Committee to the U.S. Commission on Civil Rights held a public meeting about the program and its impact on Arizonans. KJZZ's Kathy Ritchie was there. She’s here to talk about what happened. Good morning.

GOLDSTEIN: So what exactly is the program, and what are some of the concerns?

RITCHIE: So the meeting addressed concerns about the implications of section 14(c) of the Fair Labor Standards Act. The act essentially lets employers pay subminimum wage to people with disabilities. I was told Congress established 14(c) in 1938, and it was initially designed for returning World War I veterans who had acquired a disability as a result of their service. Today, 14(c) subminimum wage certificates are used by employers to pay people less than minimum wage who have disabilities that can affect their production.

GOLDSTEIN: So on its face, it sounds like paying someone subminimum wages would hurt, rather than help the individual. So, who, besides an employer, is behind keeping 14(c) intact?

RITCHIE: Well, you know, as you mentioned, Steve, some are employers, but also some are parents. Dr. Rickey Williams is with the Beacon Group, a nonprofit that provides job training and placement to people with disabilities in Tucson. His daughter is 38 years old and has a significant developmental disability. Dr. Williams says working gives her something to do, so Sarah can feel productive.

DR. RICKEY WILLIAMS: And if that goes away, there’s a risk that she might not be able to continue to be employed, like many people who are receiving 14(c). So they might have their job taken away, which would take away her friends, take away her routine and that is not what I want to see happen.

GOLDSTEIN: Kathy, you mentioned risk. What does he mean by risk?

RITCHIE: Yeah, so some states like Washington have phased out the waivers. The result, according to some folks who testified, was that after the phase-out went into effect, some of the jobs went away, and some people were forced to go to a day program instead, because remember, many people with disabilities live at home and their parents work. Dr. Williams actually touched on that point, and Sarah’s job allowed him and his wife to continue working.

GOLDSTEIN: Well, what’s the counterpoint then? Why do some people want this program to go away?

RITCHIE: I talked to April Reed about that. And she’s with Ability360, the disability advocacy group here in Phoenix that Erica [McFadden] mentioned. One concern expressed during her testimony is the lack of data.

APRIL REED: We don’t have information on these 2,088 workers. What are their ages, what are their disabilities, how long have they been receiving subminimum wage? What are their goals, what’s the plan for transition?

RITCHIE: J.J. Rico with the Arizona Center for Disability Law was also there. He says with additional supports and accommodations, people with disabilities can earn a competitive wage, but when I asked if employers are open to doing all of that —

JJ RICO: As an attorney that has practiced employment law, not always. And so the reality is there is discrimination.

GOLDSTEIN: Kathy, finally, what about the wages? What does subminimum wage really mean?

RITCHIE: That’s a great question, and I don’t know and I don’t think there’s a clear answer. I spoke to Erica earlier about this, and she told me that there is no transparency when it comes to reporting wages. So if $11 is minimum wage, and a person is determined to be 90% less effective than a worker without a disability, that person could earn $1.10 and hour.