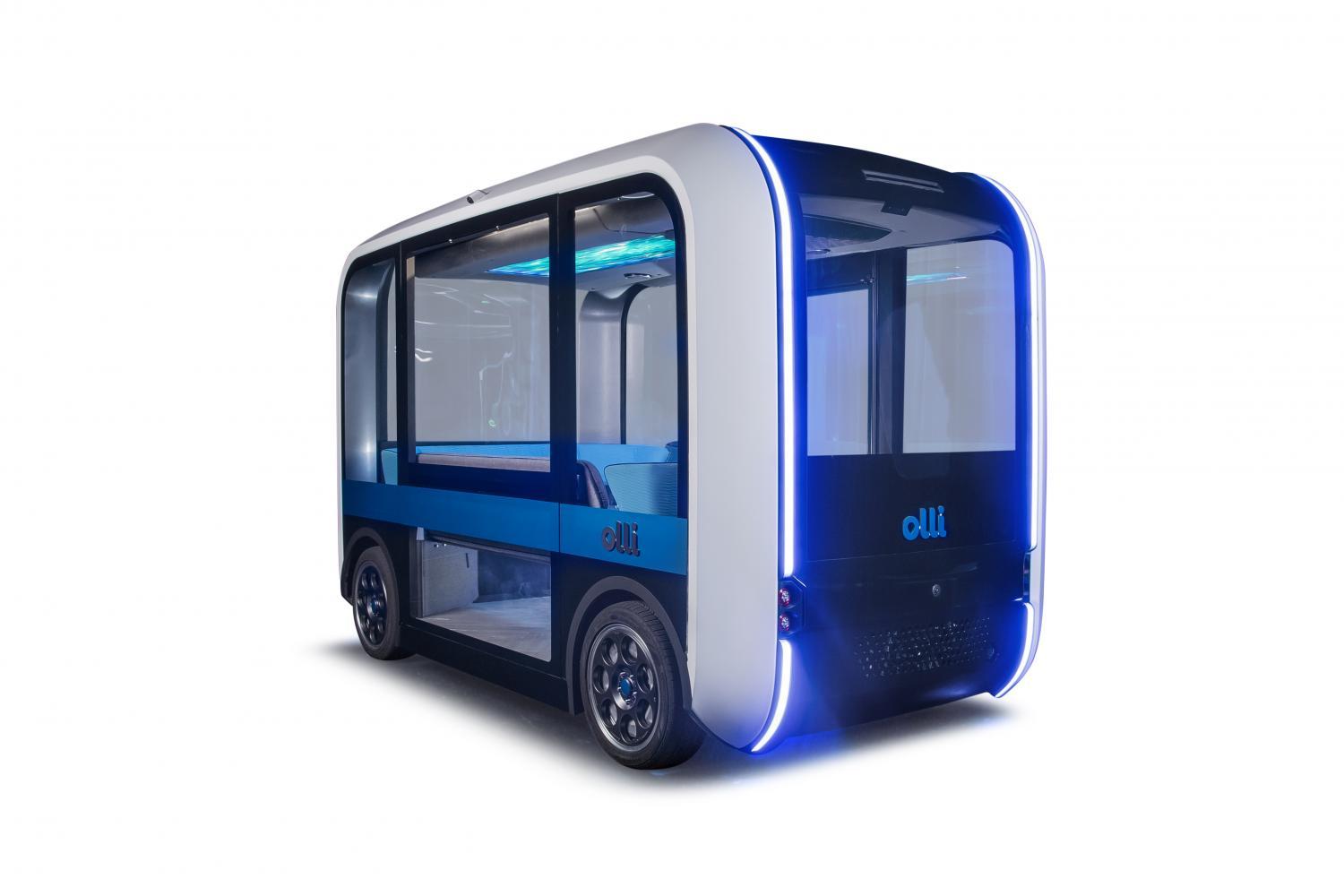 An Arizona company has developed an eco-friendly shuttle made up mostly of 3D-printed parts.

Chandler-based Local Motors manufactures the electric self-driving shuttle, which can fit up to eight people.

A Local Motors spokesman said the shuttle, dubbed Olli 2.0, is made mostly from recycled materials. The shuttle has one-tenth the number of parts of a traditional car, and it takes less than 10 hours to 3D print the various components.

The shuttle, which is still being tested, is designed for low-speed environments like campuses or military bases. 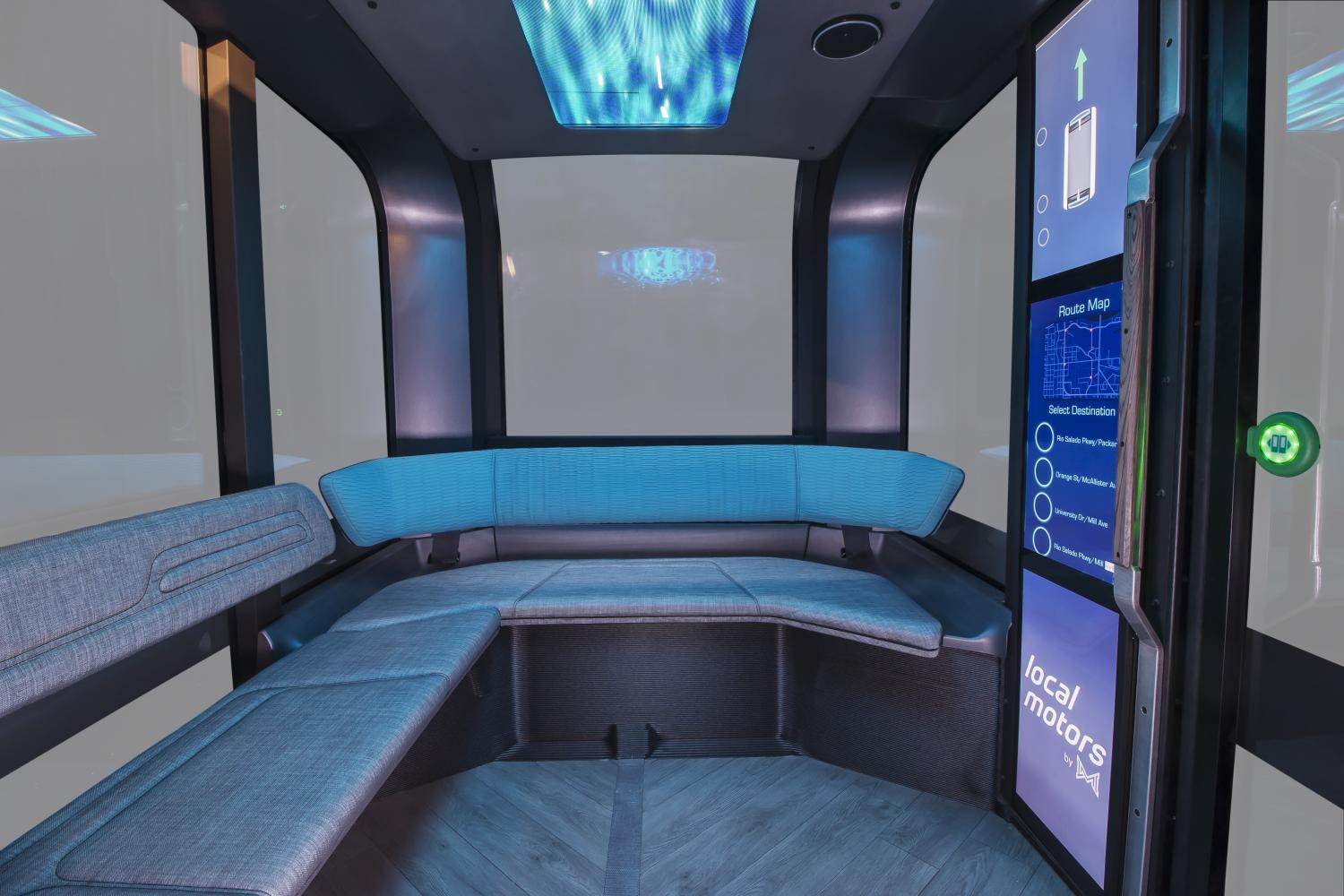 Local Motors
The interior of Olli 2.0.