Defense Lawyer: Paul Petersen Getting Out Of Federal Custody

Freelance journalist Kathryn Joyce once interviewed Maricopa County Assessor Paul Petersen for a story about Marshallese adoptions in Arkansas which was published in the New Republic Magazine. She asked about his work and a migration deal between the United States and the Marshall Islands.

“It seemed to me that he was demonstrating a lack of concern with whether or not what he was doing was violating the law,” she said.

Joyce watched from New York as Petersen was indicted in three states on dozens of felony charges involving mothers from the small country in the south Pacific.

“It was shocking to see the scope of what turned up that he had been doing,” she said.

To help explain a complex story, KJZZ and other outlets often cited an investigation done by Honolulu Civil Beat on Marshallese adoptions.

Joyce’s article was published more than three years before the Civil Beat project. She started with a tip from a doctor.

“They were seeing this sort of mass adoption taking place from this one particular community that they knew to be quite vulnerable,” she said.

Now Petersen is accused of masterminding an illegal adoption ring spanning a quarter of the globe. Federal prosecutors in Arkansas think they can convict Petersen of smuggling and helping unauthorized immigrants, different types of fraud and money laundering.

Petersen was suspended from his elected job of Maricopa County Assessor on Monday. Petersen was in court in Arkansas on Tuesday in connection with allegations that he ran an illegal adoption ring that spanned a quarter of the globe. 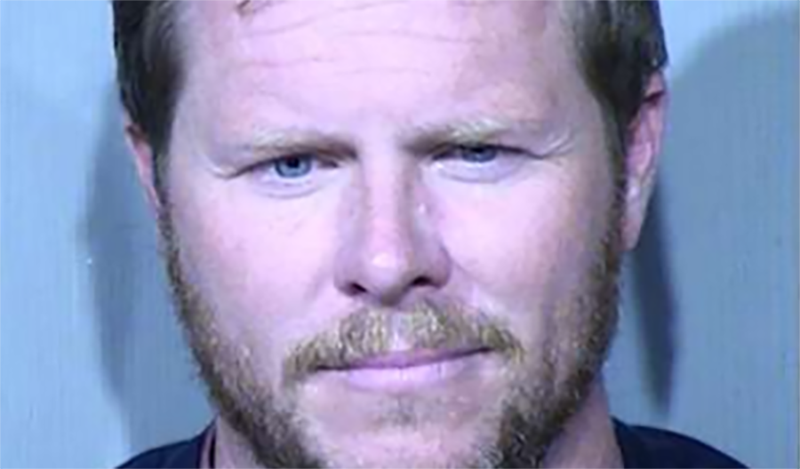 A defense lawyer for Paul Petersen says his client will be released from federal custody about three weeks after he was arrested in Arizona.

Petersen’s lawyer, Kurt Altman, said via email that his client is getting out of jail. Petersen has to post a $100,000 bond and submit to GPS tracking. He must also turn over his passport and he can’t work as an adoption lawyer.

The Maricopa County Board of Supervisors has suspended Petersen without pay from the job of assessor. A special meeting has been scheduled for Wednesday when the Board could appoint someone to fill the position.

Altman said no decision will be made about whether Petersen will try to go back to work until after he returns home.

Altman has said Petersen is innocent. “We’re going to battle it in court. That’s where the evidence is presented. What happens outside and what people call him and what they say doesn’t matter. That’s not relevant,” he said.

Altman was once a federal prosecutor. He understands how they investigate, how that system works and what’s at stake for Petersen. He hopes the judge in Arkansas is willing to look at release conditions, that Petersen can get out of jail, and return home.

“He certainly wants to come to Arizona and be with family and friends while this is pending,” he said.

Altman expects to soon see evidence the government has against Petersen. Once the initial court hearings are done, he thinks the three cases will run together.

“Hopefully, the chaos will settle some and we’ll be able to focus on the defense, he said.

With the Arkansas evidence yet to be revealed, and with Altman as his lawyer, the government’s case against Petersen is not a slam-dunk, said attorney Anne Chapman, partner at the firm Mitchell, Stein, Carey, Chapman.

“Kurt is an exceptional lawyer, a very smart guy, and I would be confident if he was on my team,” she said.

Chapman is a criminal defense specialist. She said prosecutors will have to show that Marshallese women should not have been in Arkansas, if they hope to prove that Petersen smuggled and helped unauthorized immigrants to make himself rich.

“Those allegations depend on whether or not those people were here illegally in the United States,” she said.

A Compact of Free Association between the U.S. and the Marshall Islands lets people flow freely between the two countries, for the most part. The deal has roots in nuclear weapons testing done by the U.S. that left part of the country uninhabitable. A reform made in 2003 prohibits Marshallese women from coming to the U.S. to give up their baby, if they don’t get a visa first.

“I think that the history of the relationship between the United States and the Marshall Islands is very interesting. It’s one of exploitation. And this treaty, this free association agreement, arose out of that complicated relationship,” said Chapman.

Joyce, the reporter whose story on Marshallese adoptions in Arkansas published back in 2015, said Petersen had a reputation for helping fly pregnant women into the U.S. But she would not have learned of it, if not for tips from those who came in touch with the women.

“Places where a vulnerable population has to show up. Even if they are largely sort of being kept secret from the broader public,” she said.

Likewise, when the U.S. Attorney for the Western District of Arkansas announced charges against Petersen, he said the case sprang from a tip that came from the local legal association.

In Utah, a clue came from a human trafficking hotline.

And in Arizona, a hint came from someone looking to adopt.