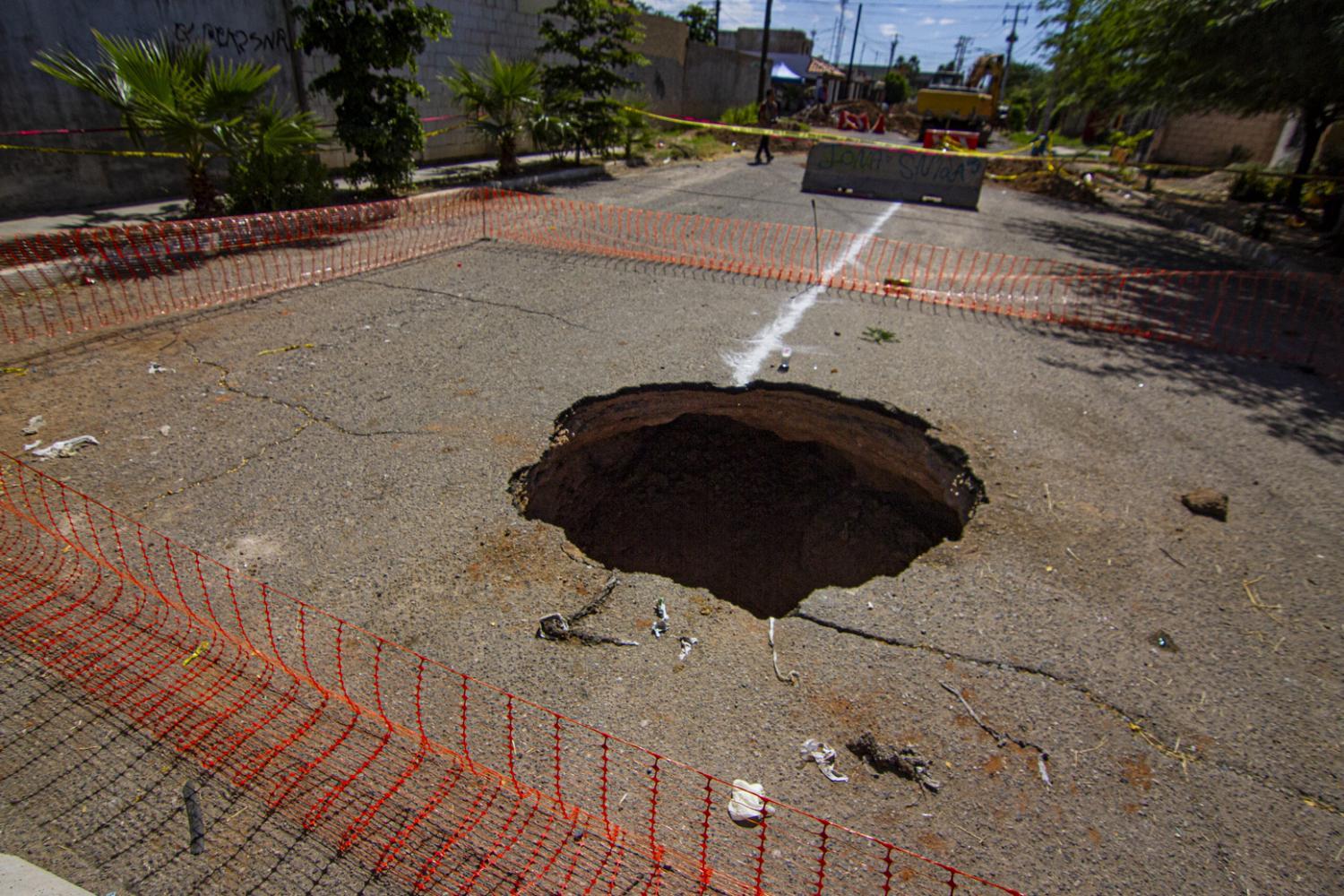 A few weeks ago, crews were hard at work in northwest Hermosillo ripping up the street all the way down to the rushing wastewater below.

They were searching for a body — 62-year-old Julio Manuel Rodriguez’s body.

Crews dropped submersible cameras into the sewer to try to find where Rodriguez may have gotten lodged. Others maneuvered heavy machinery, and some even waded out into the pungent water, shovels and other tools in hand.

“I’m pleased,” said Hermosillo’s Fire Chief Juan Francisco Matty. “One part of our plan was to seek the collaboration of sister departments.”

Fire departments in Mexico City, Ciudad Juárez, Tijuana and even Phoenix, Hermosillo’s sister city, sent teams to help. All told, about 130 firefighters, water officials and volunteers were involved in the effort.

Keeping an eye on that effort was Rosa Maria Rodriguez, Juan Manuel’s sister, and other close family.

“We’re going to be waiting here,” she said. “But we are satisfied because we see that work is being done."

But they do think more could have been done to prevent the accident in the first place. Her brother had been riding his bicycle home in the early evening from his job unloading trucks at a warehouse.

Nearby residents were probably aware of the sinkhole, Rodriguez said.

“But someone like my brother, who was just passing through,” she added. “In the dark and such a big hole, he didn’t realize, and fell in.”

Herman Valenzuela, operations coordinator for the city’s water utility Agua de Hermosillo, said the sinkhole was reported in late September. That set in motion department protocol, in this case putting up concrete barriers and signs to warn pedestrians and motorists.

In the wake of the tragedy, the city also is testing mesh covers for sinkholes.

Rodriguez’s was the only such death that Valenzuela could recall. Fire Chief Matty also couldn’t recall a single comparable incident over his 24-year career.

The sinkholes themselves, on the other hand, are a perennial, expensive problem, costing upwards of $5.2 million annually, according to Valenzuela. Just repairing the sinkhole that took Rodriguez’s life will cost nearly $50,000.

“Why?” he asked. “Because the great majority, nearly of the pipes are very old. They’ve never been maintained, unless things happen.” 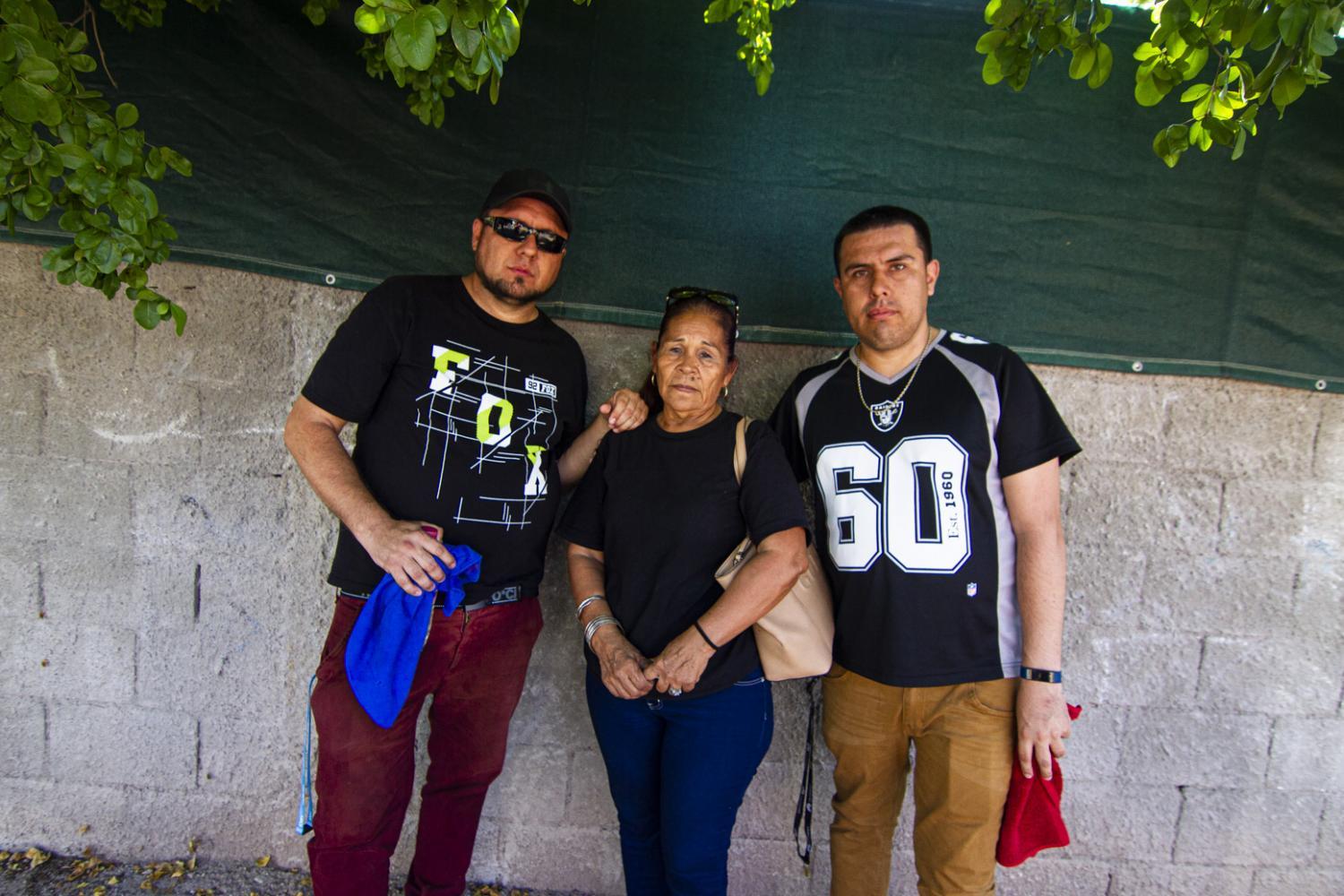 Murphy Woodhouse/KJZZ
Julio Manuel Rodriguez's sister Rosa Maria and two sons, Julio Manuel (left) and Angel. They think more could have been done to prevent Rodriguez's death, and they hope the city takes steps to improve its infrastructure and protocols for such incidents.

Besides the unmaintained concrete sewer system, powerful summer rains that overwhelm it are another factor at play, he says. A spokesperson confirmed that half of the sewer system is past its useful life.

So far this year his department has fixed 130 sinkholes, including a handful of major collapses like the one that took Rodriguez’s life, which will cost nearly $50,000. A few dozen more are being repaired, or waiting for attention.

“There are parts of the city where you start to work, and you’re surprised to see that the pipe no longer exists,” he said. “It’s gone, it has completely become a cave.”

A maintenance program isn’t possible because the numerous emergencies win out over long-term preventive work, according to Valenuzuela. Asked what it would cost to repair the whole system, he said billions of pesos, an unachievable sum.

“What it shows is that there is a complete lack of long term planning, both in the sense of not having a physical infrastructure plan or the resources for carrying it out,” said Alejandro Salazar, a professor at the Colegio de Sonora in Hermosillo, when asked about the sinkhole that killed Rodriguez. “The result of decades of poor administration of the system.” 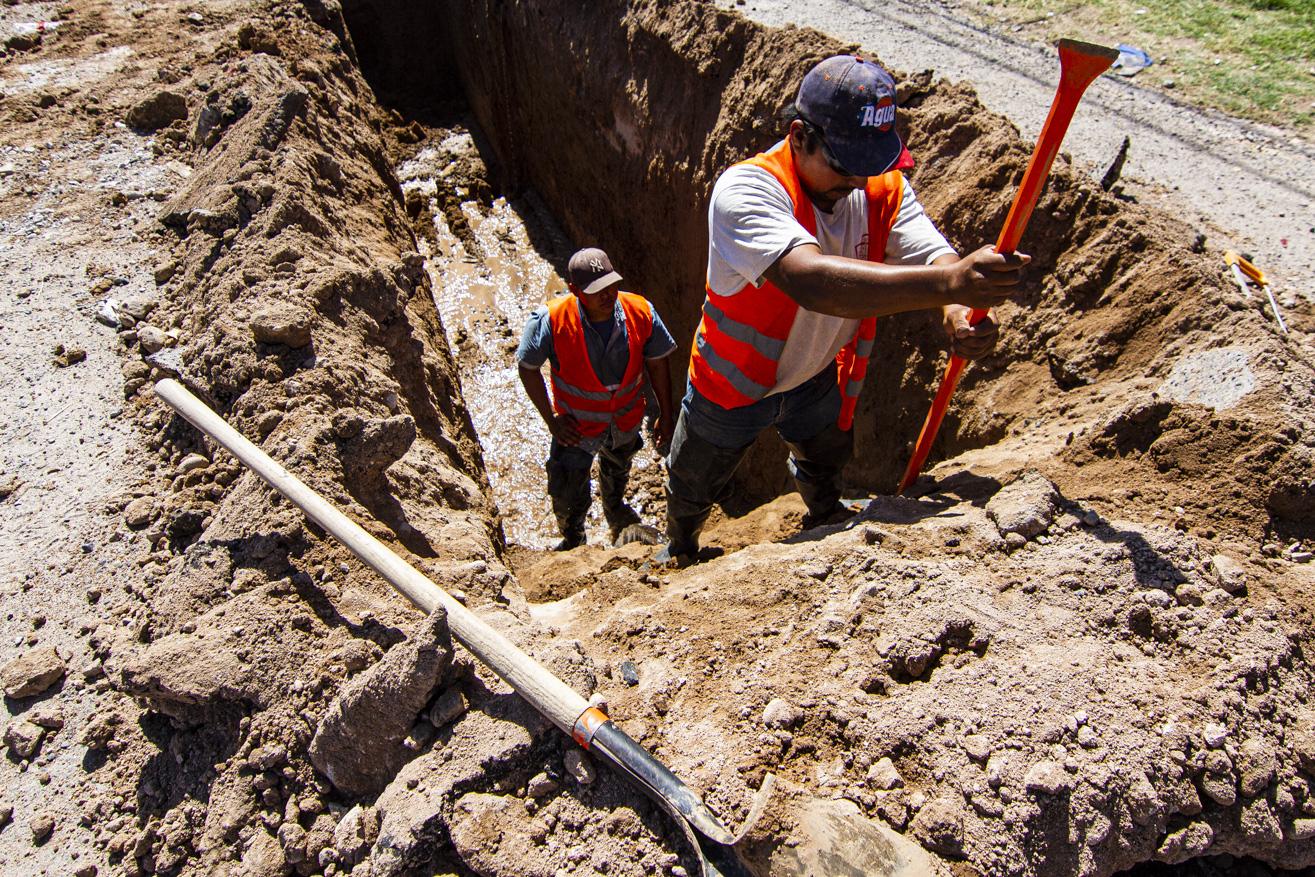 Salazar, who has written extensively about Mexican water utilities, cited many underlying factors, including ineffective billing and high staff and leadership turnover.

Agua de Hermosillo did not respond to a summary of Salazar’s critiques.

Back at the recovery operation, Rodriguez’s family was continuing their watch.

“Fix the city right!” Rodriguez’s son Angel said of what he’d like to see in the wake of his father’s disappearance. “The sinkholes, the leaks, the holes.”

It would be another three days before crews would find his father’s body, and he hoped the uncertainty would end as quickly as possible. And that any other sinkholes in the city get covered up quickly and properly, so that a tragedy like his family’s never happens again.