After Massacre, Some Unsure Of Future In Sonoran Mormon Town 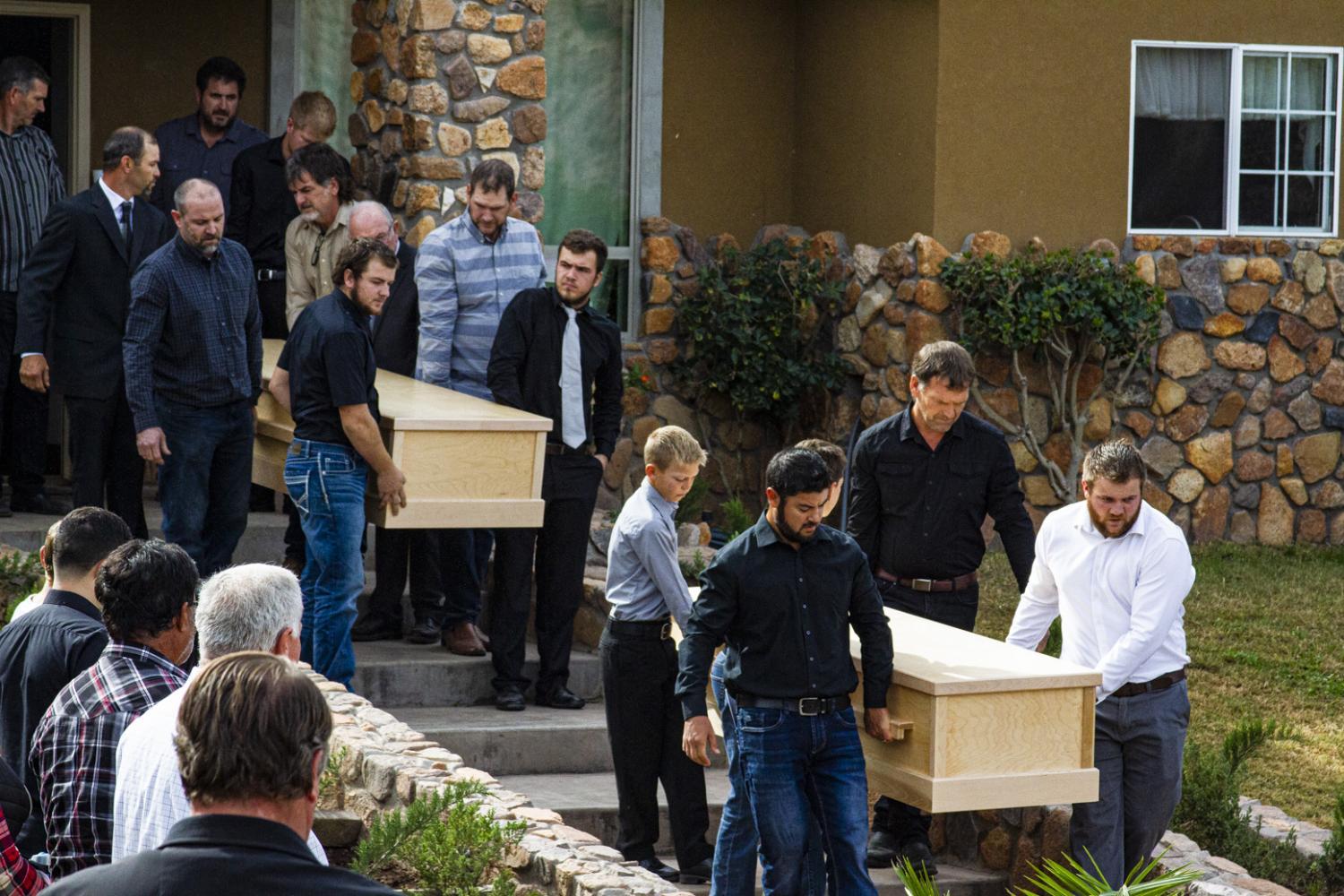 Murphy Woodhouse/KJZZ
Family members carry caskets toward the ceremony on Nov. 7, 2019, for three of those killed in the vicious attack against a small Mormon community in Sonora on Nov. 4, 2019.

Family and friends gathered in a small Mormon community in rural Sonora on Thursday to mourn the victims of a massacre that has shocked the world.

They came from as far away as North Dakota to sing and mourn at the home of one of the victims, and then lay to rest the six children and three women in cemeteries here and in the neighboring state of Chihuahua.

Amelia Sedgwick was getting ready to bury her loved one.

Sedwick has lived in La Mora — tucked in an idyllic river valley between soaring Sierra Madre peaks — for almost four decades. Part of a community that identifies as Mormon, although the Utah-based church doesn’t recognize these descendants of 19th century settlers as members.

She said life before the massacre was simple and described her home as a paradise.

"Normal. Gardening, school, taking care of things, lots of family. Big Thanksgiving, celebrating for a week. Christmas, everybody home. Swimming in the river, hiking, going to the ranches to camp out. Life was beautiful," she said.

But the tragedy has changed all of that. She said it’s scary now.

"A lot of people are going to move out," she said. "We believe that the war between the mafia and the cartels is actually going to get worse at this point. And a lot of them don’t want to be in the middle of it."

Some of her family wants her to come to the United States. But she doesn't want to leave those who have decided to stay. And she's built a life here.

"There’s no place I could go with good conscience," said Adrián LeBarón. "I’d rather die here for the cause of liberty, and freedom and life. That’s my point. There’s no other place. There’s no option.

Like Sedgwick, LeBarón lost his daughter in the massacre, along with four of her children, his grandkids. He was the first to the scene of the burnt out Chevy Tahoe with their five bodies inside.

"And that's why I'm accept these interviews, in the middle of the funeral of my loved ones. It's not easy to do this interview," he said, choking back tears.

But he thinks spreading the word about what happened to his family is the only way things will change. And they have to change, because he's not going anywhere.

"That’s my message. Let’s not surrender to that Evilness," he said.

For LeBarón, staying is a way to honor his daughter’s memory. But he also said the community needs to be made safe again.

"This is the point. If the government does not  give us protection, then we might have to protect ourselves," he said.

But that is their last resort.