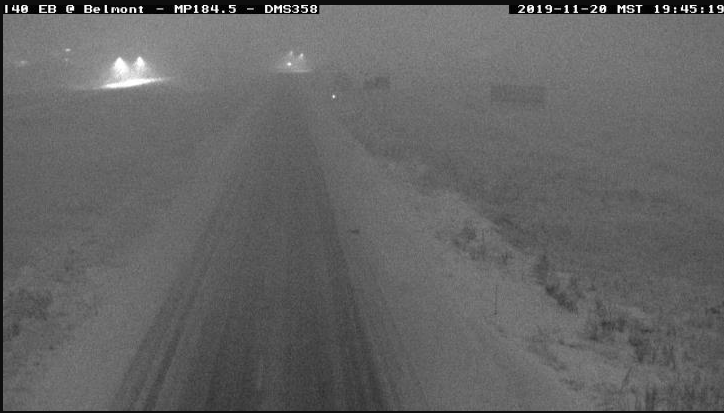 Arizona Department of Transportation
Snow on the road north near Flagstaff on Nov. 20, 2019.

Flagstaff saw its first snow storm this season on Wednesday. Payson, Prescott and Black Canyon City also experienced a cold front as rain continued to fall on the Phoenix area.

Mark Stubblefield, a meteorologist in Flagstaff, said populated areas "could see anywhere from 3 to 8 inches of snow above the 6,500-foot level.”

Stubblefield says temperatures will remain below 40 degrees. Rain and snow activity is expected to taper off later Thursday.

4:40 PM MST - Showers and thunderstorms are increasing across the region late this afternoon. Snow levels are beginning to fall with snow mixing in around Flagstaff. #azwx pic.twitter.com/eqrEkW74Sk