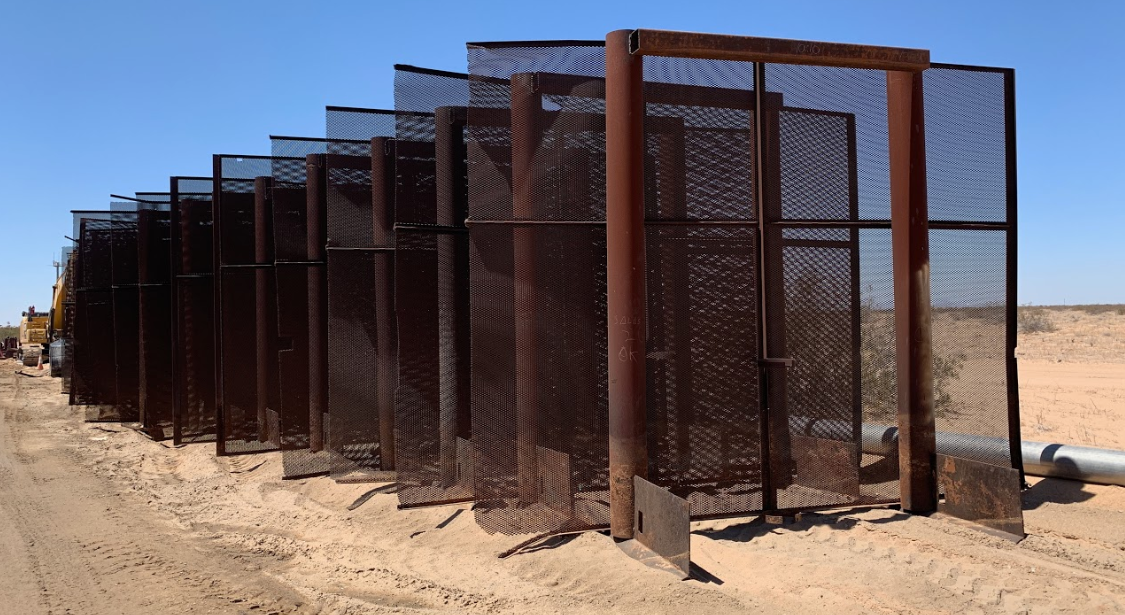 Michel Marizco/KJZZ
Sections of border fence at the U.S.-Mexico border in August 2019.

STEVE GOLDSTEIN: The Trump administration has started busing migrants it's captured in southern Arizona all the way to El Paso. They then funneled into Mexico to await their asylum hearing hundreds of miles away from where they first arrived. I'm joined by Michel Marizco from KJZZ Fronteras Desk in Tucson to discuss the latest development. Michel, good morning.

GOLDSTEIN: So first off, let's explain what this so-called Migrant Protection Protocol is and how it's supposed to work.

GOLDSTEIN: OK. So now we're talking about why Arizona to Texas and then why Juarez? What's going on with that?

MARIZCO: Right. So last week, the Customs and Border Protection announced that they were going to start bussing people from the Tucson area. They said that this was because they had a high number of apprehensions here. They're only taking about 50 people a day on the bus from Tucson over to El Paso, from El Paso, of course, and they're deposited into Ciudad Juarez.

GOLDSTEIN: It's especially striking that this program has been in place for quite some time now. And the big question to be asked is, why is it so late to be implemented in Arizona?

MARIZCO: Yeah. So there's a few reasons for that. First, in western Arizona, people who were supposed to be taken back across the border into San Luis Río Colorado, across from Yuma. That city declined to take them. So then they started taking those folks across the border to California and then into Mexicali. The Tucson area hadn't seen a giant number of apprehensions the way, for example, the Yuma Sector, the Rio Grande Valley in south Texas. And right now, they're saying that that they have a lot of apprehensions, a growing number here in Arizona, because word got around — this is according to CBP — that people weren't going to be bused anywhere here if they were captured in Tucson and Nogales.

GOLDSTEIN: Let's talk about federal officials. They're saying this program is a success, arguing it's leading to a drop in apprehensions at the border. From what you know, is that assessment accurate?

MARIZCO: It's really hard to say. As I said, they're taking 50 people a day from the Tucson area to El Paso. This does not seem like a striking number. For a while there, CBP was — when they said that they were facing a crisis of overwhelming magnitude — they were talking about 1,000 people in just the Yuma Sector area. Is 50 people a day the same as 1,000? I mean, they might argue, I suppose, that even a few is just too many to have to deal with.

GOLDSTEIN: And detractors are pushing back. I understand you met with some protesters yesterday. They say this program is actually putting people's lives in danger.

MARIZCO: Yeah. So here's here's one individual I spoke with at a protest last night in Tucson outside the Immigration Court.

SARA DUSEY: The U.S. State Department has already declared a warning to Americans not to go down there. It's so dangerous. Of crime. And so we're sending asylum seekers down there, right into the belly of the beast.

MARIZCO: What they're arguing is that, when she references this "beast," is Juarez, right?. I mean, we just covered the LeBaron massacre in La Mora, which is in the area of Chihuahua. Ciudad Juarez itself has had a rising number of drug related homicides and executions this past year. It's becoming a dangerous area again. And then, just as she said, this is where the U.S. is now depositing migrants.

GOLDSTEIN: And that is KJZZ's Michel Marizco from the Fronteras Desk in Tucson. Michel, thanks as always for your reporting.