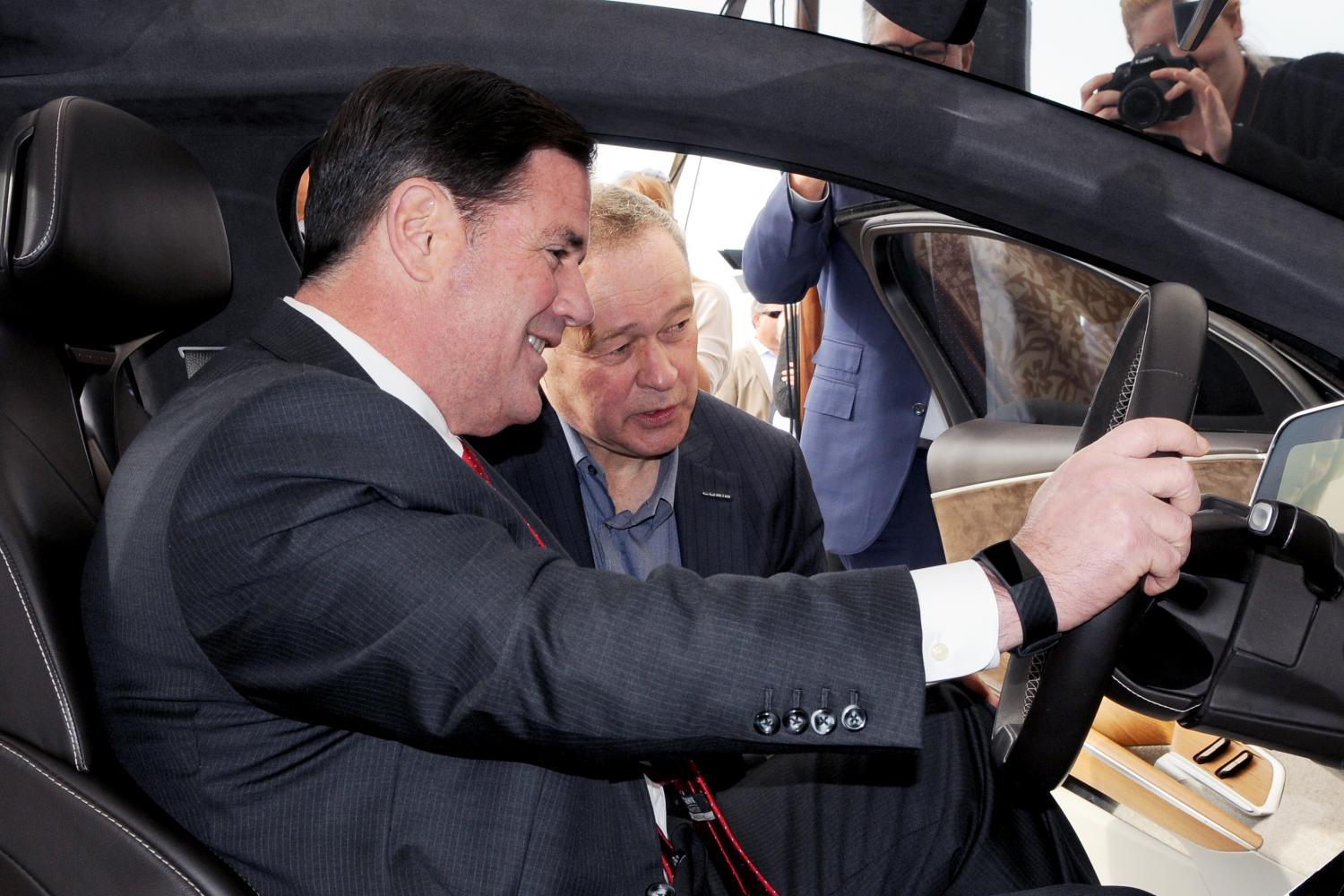 Howard Fischer/Capitol Media Services
Lucid Motors CEO Peter Rawlinson shows off the model of the $100,000-plus vehicle Monday that the company plans to build in Casa Grande to Gov. Doug Ducey.

A groundbreaking ceremony was held on Monday for Lucid Motors. The company is building a $700 million facility on the outskirts of Casa Grande.

Lucid Motors expects to create more than 2,000 jobs once it opens its first electric vehicle plant in Pinal County and have a $32 billion impact on the area over the next 20 years.

Govs. Ducey and Claudia Pavlovich were on hand for the groundbreaking.

The company’s CEO Peter Rawlinson said he intends to start turning out luxury electric cars that would rival Tesla in about a year.

"We're going after that luxury space which is dominated worldwide by Mercedes Benz, Audi and BMW with their luxury offerings None of those is available as an electric vehicle," Rawlinson said.

The company could qualify for more than $45 million in state incentives, including tax credits, which are tied to milestones like how many people are hired.

Howard Fischer of Capitol Media Services was there for the groundbreaking and joined The Show to talk about the event alongside other issues.