From Mexico, A Christmas Tale — With A Feathered-Snake Tail 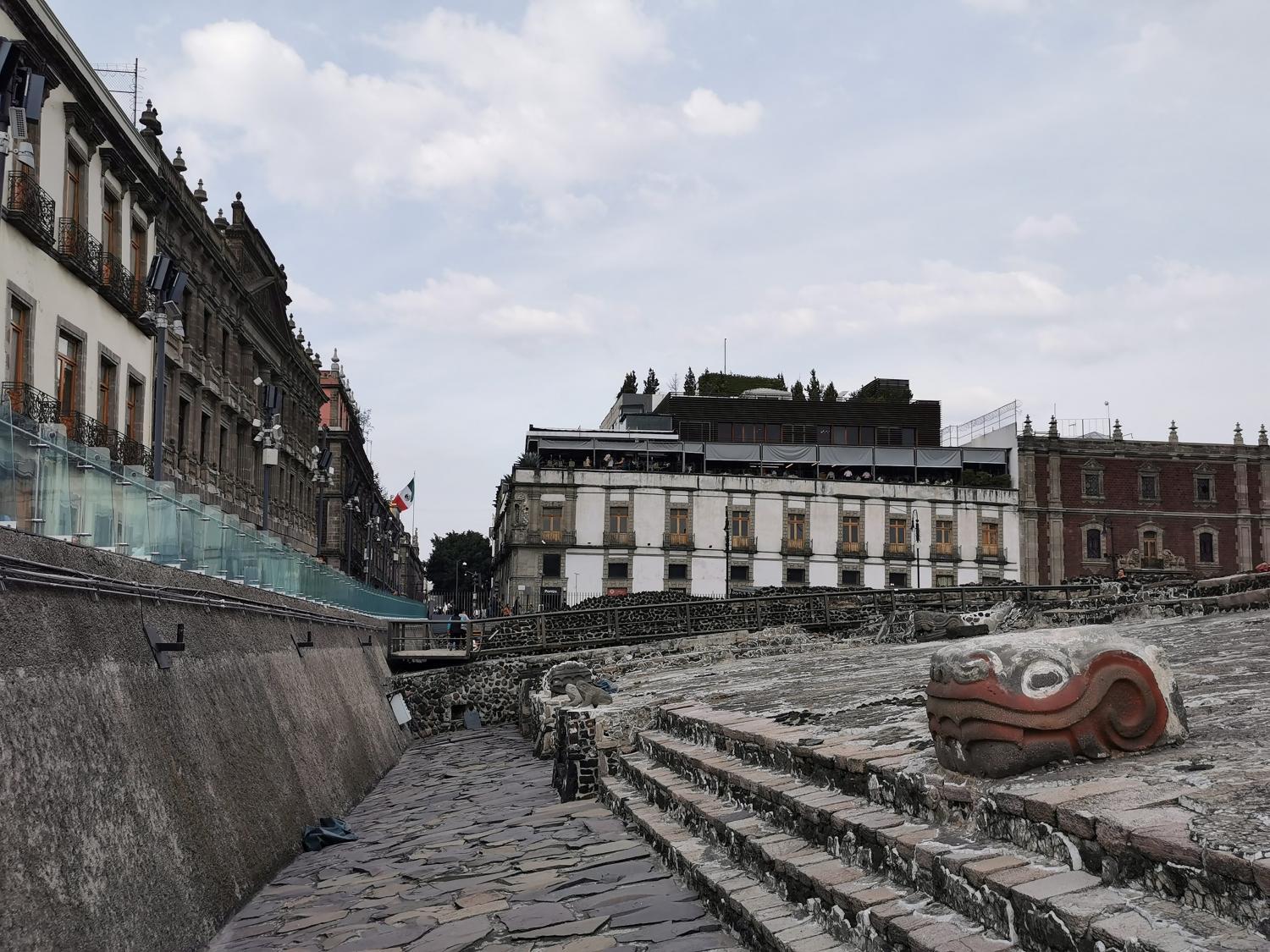 Rodrigo Cervantes/KJZZ
A representation of the head of Quetzalcóatl at the ruins of the Mexica/Aztec Templo Mayor in Downtown Mexico City.

MEXICO CITY — For years, Santa Claus has been bringing gifts to children from all over the world on Christmas Eve. But there was a time in Mexico when the man on the sleigh was threatened to be replaced by an ancient god.

The god’s name for the Mexica, or Aztecs, is Quetzalcóatl, the Feathered Serpent. It was revered by many pre-Columbian civilizations living centuries ago in what’s currently Mexico.

Some of these cultures also believed that Quetzalcóatl was a mythological white, wise, bearded leader that exiled himself. And in 1930, the Mexican government brought him back for Christmas.

Newspapers from the era document the nationalistic attempts from the government to eradicate foreign traditions by promoting Quetzálcoatl as the Mexican “Father Christmas.”

But the efforts and surrounding controversy didn’t last too long. And the Mexican people, predominantly Catholic, didn’t adopt the Feathered Serpent.

And to this day, Mexico awaits on Christmas Eve for the visit of either a well-known senior, chubby, jolly Santa Claus, or a revered child, Baby Jesus, el Niño Jesús.