Police Chief Among 7 Arrested In Connection With La Mora Massacre

Download mp3 (1.11 MB)
Kendal Blust/KJZZ
An old sign marks the intersection for the road the ambushed vehicles took from La Mora into Chihuahua.

Mexican officials said Monday they have arrested a total of seven suspects in the murder of nine women and children in Sonora last month, including the police chief of a small town near the U.S.-Mexico border.

“The reason I feel that we’ve gotten this far is because of the international pressure that has been put on the authorities," Bryan LeBaron, said of the arrests. His cousin Rhonita LeBaron Miller was killed in the ambush.

The victims, members of an offshoot Mormon community in Sonora and Chihuahua, were all dual U.S.-Mexican citizens, and the massacre quickly gained international attention.

Shortly after the attack, Mexico accepted the FBI's assistance with the investigation. And President Trump has also responded by suggesting the United States might designate Mexican drug cartels as foreign terrorist organizations, stirring controversy in Mexico. 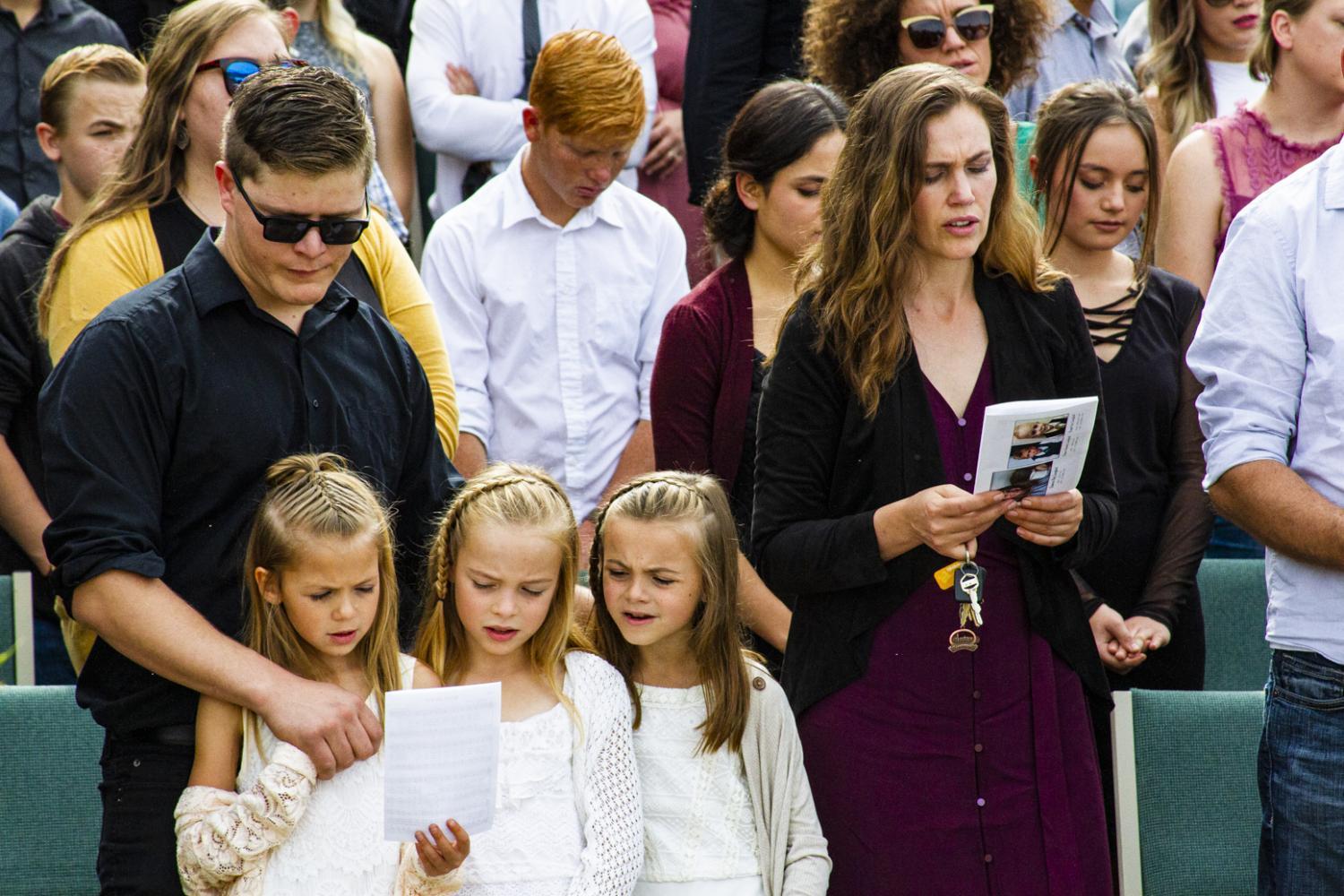 Murphy Woodhouse/KJZZ
Mourners sing a hymn during the funeral for three victims of the massacre in northeastern Sonora on Nov. 7, 2019.

LeBaron said his family wants justice for their loved ones, and is grateful to see that the U.S. and Mexican governments have arrested suspects. They are also determined to speak up on behalf of families of other victims of violence in Mexico, who often don't get the same kind of attention and results from the government.

"It’s quite unfortunate, and it really isn’t fair, that everybody who loses a loved one doesn’t get the privilege of meeting with the president. Doesn’t get luxury or the opportunity to have the FBI involved," he said. "Our goal as a family is to help those people have a voice. And we’re going to continue to march and continue to strive to create awareness in every possible way that we can, and support our fellow citizens who deserve justice just as much as we do.”

Mexico’s president is set to visit the family in Sonora in mid-January, and LeBaron said they want to have a "frank discussion" about the Mexican government's plans to rid the country of cartel violence and corruption. However, he added that his community sees addressing cartels as an international issue.

"The U.S appetite for illegal drugs, the arms that flow across the border, greatly contribute to the violence and injustice in Mexico," he said. "So it needs to be an international solution,. And we will continue to petition both government and, really, the world."