Life After Coal: Moving On From The Navajo Generating Station

The Salt River Project announced it would close the Navajo Generating Station two years ago. That started a domino effect on the Navajo Nation. In November, the Kayenta Mine and the coal fired power plant closed, and hundreds of jobs were lost. Now new sources of energy are beginning to sprout in Kayenta.

Louise Hudgins lives past where the power lines end

“Look at this paradise all the way down there,” Hudgins said. “Nobody lives in here.”

Hudgins lugs her axe out to the woodpile behind her home.

Hudgins is so far off the grid, surrounded by towering red rock walls, that she doesn’t have running water. But she does have access to something that many Navajo Nation residents are still waiting for — electricity. 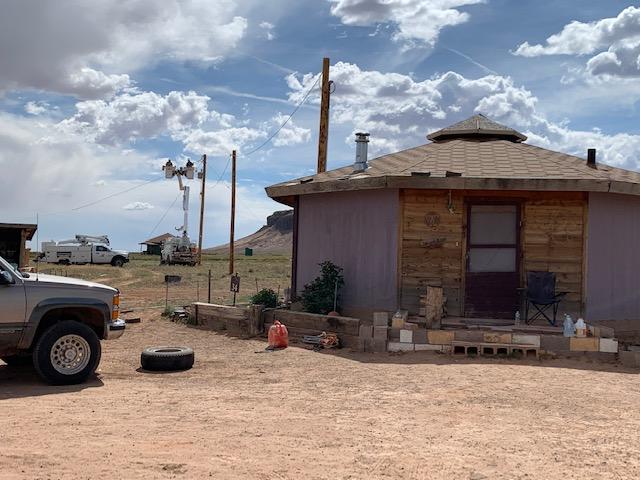 Laurel Morales/KJZZ
A home on the Navajo Nation.

“It's great to have instead of going down and get the kerosene and all that for the lights. So all I do is switch — the light comes on,” Hudgins said.

In her front yard next to the chicken coop, Hudgins has her own solar panel. It keeps her lights on and occasionally, her coffee maker.

Hudgins uses wood and coal to heat her home in the winter.

But coal production has halted, forcing residents to stockpile their coal. Hudgins keeps hers hidden in a camper shell — covered with a tarp, wire, and a big rock.

The Black Mesa and Lake Powell railroad train used to connect the Kayenta Mine and the Navajo Generating Station. It still weaves over the highway into Kayenta, but its conveyer belts are silent.

The train hauled its last load of coal in August, and in November, the power plant’s three iconic smokestacks went dark. Scott Harelson is with the Salt River Project, which operated the plant for nearly 50 years.

“It simply became an issue where it's going to cost more to keep the plant open than to then to shut it down,” Harelson said. “It has been a workhorse for the state of Arizona for nearly 50 years.”

“About 1,000 Navajo people lost very good, high paying jobs as a result of those closures,” said Walter Haase, the general manager of the Navajo Tribal Utility Authority, or NTUA.

Laurel Morales/KJZZ
The Navajo Generating Station shut down in November 2019.

The Salt River Project was concerned too. They had a plan to create jobs for the people who were displaced by the closures.

“All of our 433 employees received an offer for another job within SRP,” said Harelson. Those jobs, however, are not located on the reservation. They would they had to relocate.

Such a relocation is difficult in a culture where roots run deep and families often stay on the same land for generations. Tomai Bitsoie’s father and sister were transferred to Phoenix because of the closure.

Bitsoie’s and his family have a folding table and grill set up on a dusty, red curb, ready to sell the mutton soup that simmers on the stove. The three cement towers of the generating station loom in the distance.

“We call it mutton curb,” Bitsoie said. “We started selling here when I was back in high school to raise funds for my sister's basketball program.”
Now his family’s mutton and frybread is a source of livelihood.

“They thought they would have another maybe 15 to 10 years until it closed,” said Bitsoie.

Walter Haase of NTUA was also surprised by the quick closures. But he says he looks forward to keeping Navajo resources close to home.

NTUA has established the first fully tribal owned solar farm in the country. Rows upon rows of solar panels sit out in the desert near Monument Valley.

“These are real projects that are in place that help the environment from the beginning,” Hasse said. “And that's part of the culture of the Navajo people. They want to be one with Mother Earth.”

Haase is proud of the strides NTUA has made.

“The solar industry cannot make up the jobs, it can't make up the revenue. It can only incrementally help ease the problem as you go forward.” 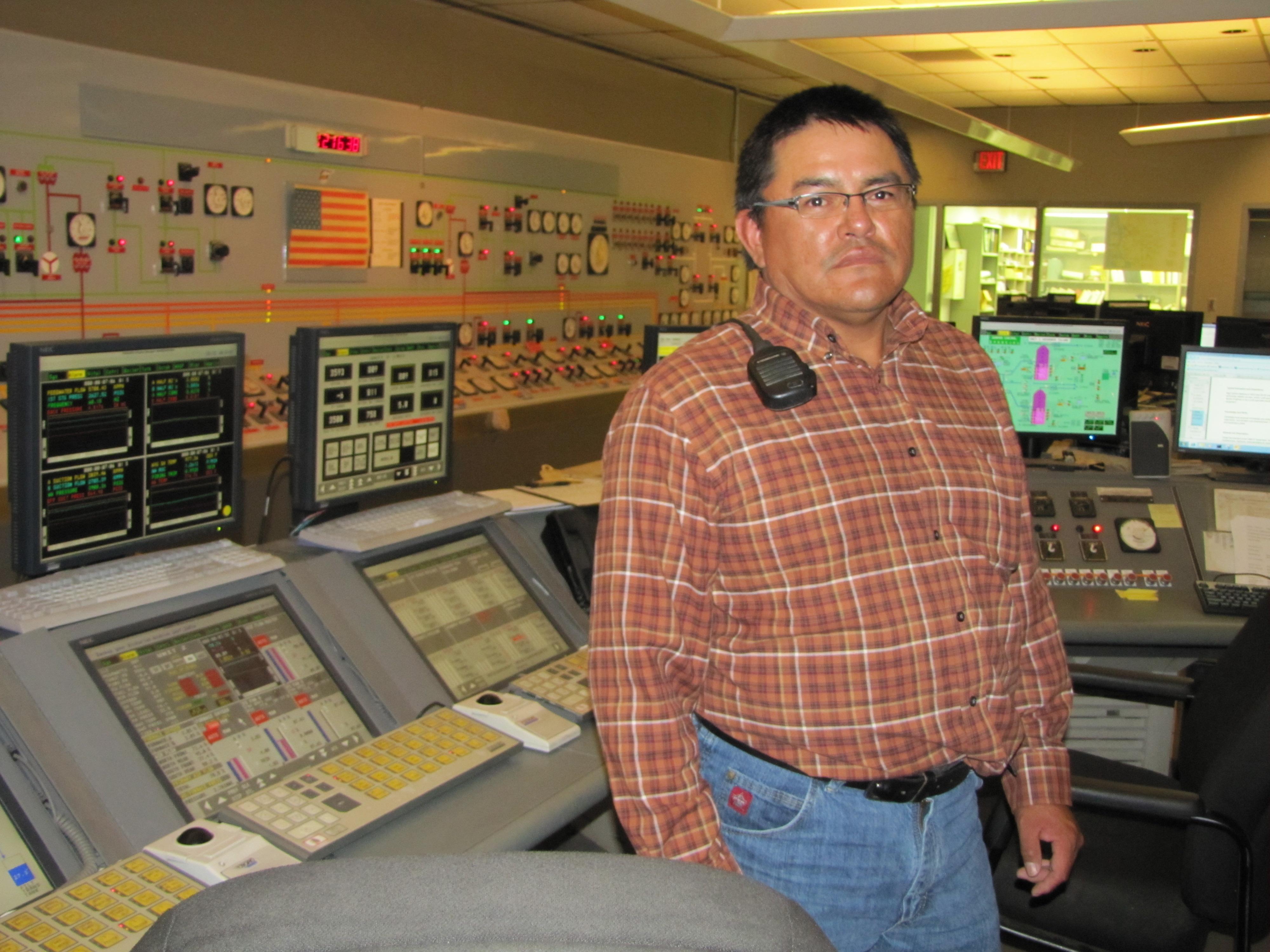 Laurel Morales
Julius Fat at his job as a control operator at the Navajo Generating Station.

On a chilly fall afternoon, Hudgins loads her stove full of wood. She notices the charge level from her solar panel is at 100. That means she can switch her lamp on when the sun goes down. This panel keeps Hudgins connected to power, while also keeping her connected to her family’s roots.

“My grandpa used to hold this land. And then next was my grandma, my aunt… it's my turn now,” she said.”

She pulls out a yard stick to point to the framed photos of her relatives on the wall. She may end up passing the property along to one of them.
“We have to stay on our land. Hold on to it.”

Through the closures and the changes, President Jonathan Nez says the future is bright for the Navajo Nation, and not just because of electricity.

“We're resilient people, we almost got taken off our lands 150-plus years ago, but we keep fighting,” Nez said. “And we’re never giving up.”

The Navajo Nation has many new job opportunities popping up for displaced workers, including a new latex glove factory. Nez wants to keep Navajo workers and Navajo dollars at home.

This story was produced by students at the Walter Cronkite School of Journalism and Mass Communication at Arizona State University.