A veteran lawmaker is making another bid at blocking students from voting where they go to school.

The proposal by Rep. Bob Thorpe (R-Flagstaff) would create an exception to existing law which says that someone is a resident for voting purposes based on actual physical presence "with an intent to remain."

His HB 2461 would spell out that anyone who is living in a dormitory "or other temporary college or university address" is presumed to be there only temporarily and is there "with intent to return to some other permanent address."

A separate provision actually could have even more far-reaching implications.

It would ban the use of any address "at which the individual does not intend to reside for 12 months of each year." And that, in turn, could create problems for people who consider Arizona their home but may spend several months a year elsewhere. 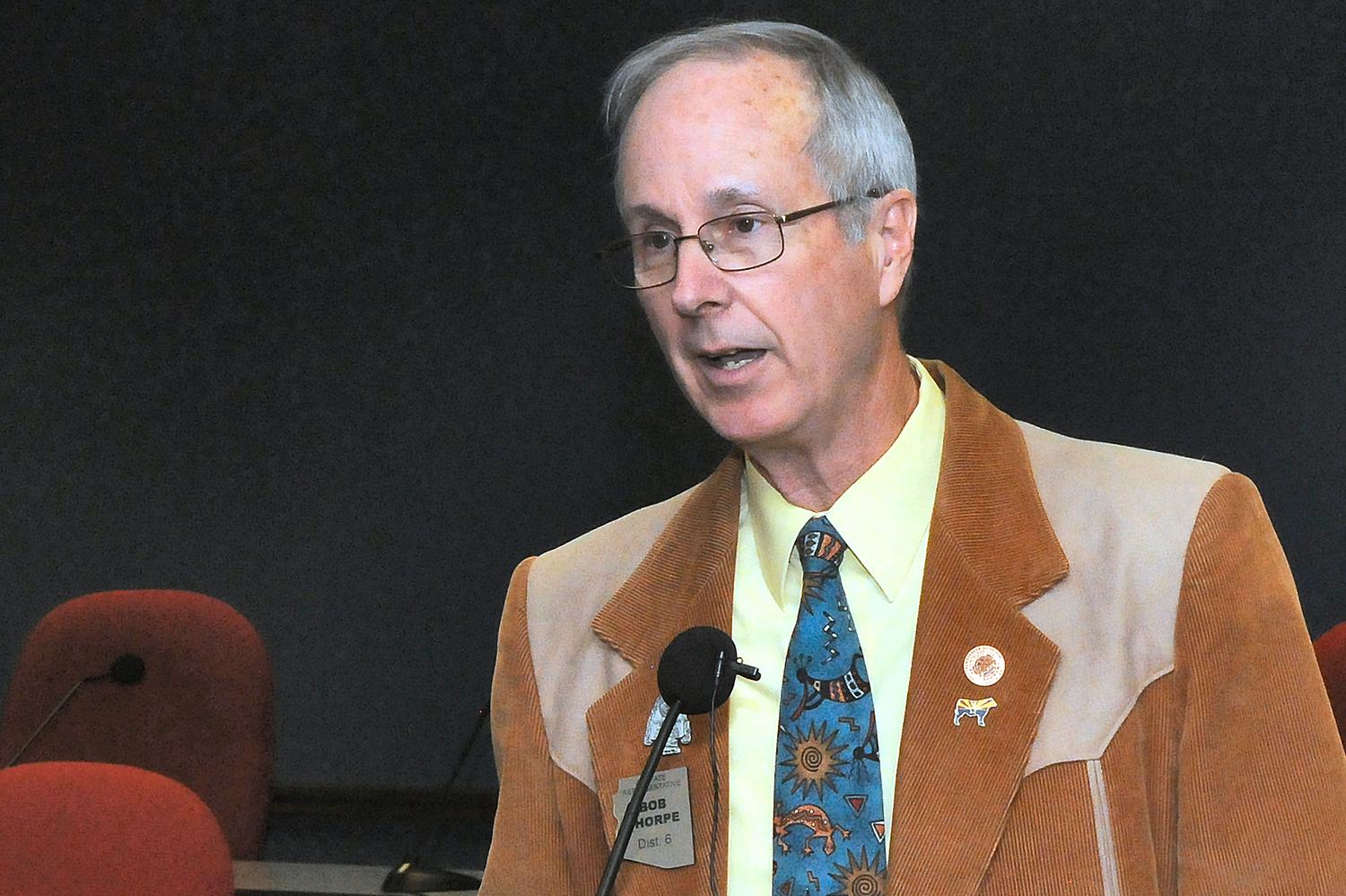 Thorpe told Capitol Media Services it's not his intent to throw hurdles in the path of students who want to be politically involved.

"I want them to vote," he said. But he said it's something different when a youngster from Tucson decided to attend Northern Arizona University in Flagstaff.

"So what that kid needs to do is take out his No. 2 pencil and check a little box when he registers to vote that says he wants to get a mail-in early ballot," he said, one from the community Thorpe believes is his true domicile.

But this is more than an academic exercise.

"I've had numerous constituents who have come to me and are as just as angry as all get-out, including business people up here in Flag, when they have a student who's only living here six months out of the year who then changes the dynamics of an election," Thorpe said.

There is some evidence that has happened.

Most notable was the 2016 vote by Flagstaff residents to eventually move to city's minimum wage to $15 an hour, a measure Thorpe opposed. It was approved by a margin of 54% to 46%.

But in precincts around the Northern Arizona University campus, it passed with a 2-1 edge — even close to 3-1 at two precincts which include parts of the campus. And that was enough to blunt the vote of some residential precincts where the measure failed.

"They're really hurting now," Thorpe said. "I've had restaurant owners and hotel owners, you name it, that are just reeling under the minimum wage."

Thorpe also acknowledged he has not done particularly well in his election bids in not just the precincts in and immediately around the campus but in the entire Coconino County part of his legislative district. He lost his home county but won his 2018 reelection bid by just 577 votes only because of support from Yavapai, Gila and Navajo counties.

Secretary of State Katie Hobbs, who is the state's chief election official, said what Thorpe is proposing works against what she has been trying to do.

"We've have a pretty clear record here in my office of working to try to engage students, make it easier for them to be able to register to vote in the place that they choose to do so," she told Capitol Media Services. And Hobbs, a Democrat, said having students be able to vote where they go to school — and where they spend most of the year — "helps them be more engaged in their communities here."

"I don't know why we wouldn't be encouraging that," she said.

This isn't a partisan issue.

When Thorpe tried this several years ago, her predecessor, Republican Michele Reagan, said her office also was "committed to make it easier for students to register to vote." And Reagan said she was working with Arizona State University, the Arizona Public Interest Research Group and Rock the Vote on a project to encourage students to register to vote when they are registering for class.

Hobbs also said that Thorpe's legislation is built on what may be a fiction about students, citing the example of her own son, Sam Goodman, a student in his third year at Arizona State University in Tempe.

For the first year, Hobbs said, her son lived in a dorm. And she had the expectation that he would return to the family home in Phoenix.

"He came back for two months in the summer and then he moved to an apartment," Hobbs said.

"He considers himself a Tempe resident," she said. "He's not planning to come back to our house."

And Hobbs said it makes no sense to treat all students as temporary residents of their college communities based simply on "what you think is going to happen."

Thorpe said he's open to listening to any arguments that Hobbs has about the wording of the measure to ensure that students do not get disenfranchised.

"I want them to vote," he said, but on issues that he believes affects their friends and parents. "For them to be in a community part time and change the dynamics of a local election for people who live here 12 months out of the year and they're only living here part time, I think that's really unfair philosophically."

Ditto, he said, on part-year residents.

"I think it's just as bad for them to vote in Arizona (as it is) for a kid that lives in Tucson but going to school for five months, six months out of the year in Flagstaff," Thorpe said. "I think the snowbird should be voting in Minnesota and the kid from Tucson should be voting in Tucson."

Hobbs said her concern would be to ensure that people who have residences in more than one state vote only once. Beyond that, she said, "there's no reason they shouldn't be able to vote where they choose."

More practical, she said, is what happens to someone who may spend 11 months of the year at one location and a month at another home somewhere else. As Hobbs reads Thorpe's bill, "you're totally disenfranchising them from being able to vote."

Ayesha Ahsan, a fellow with the Andrew Goodman Foundation at Arizona State University, is also chair of civic engagement at ASU Changemaker Central. She joined The Show to explain why students should be allowed to vote in elections where they don’t permanently reside.