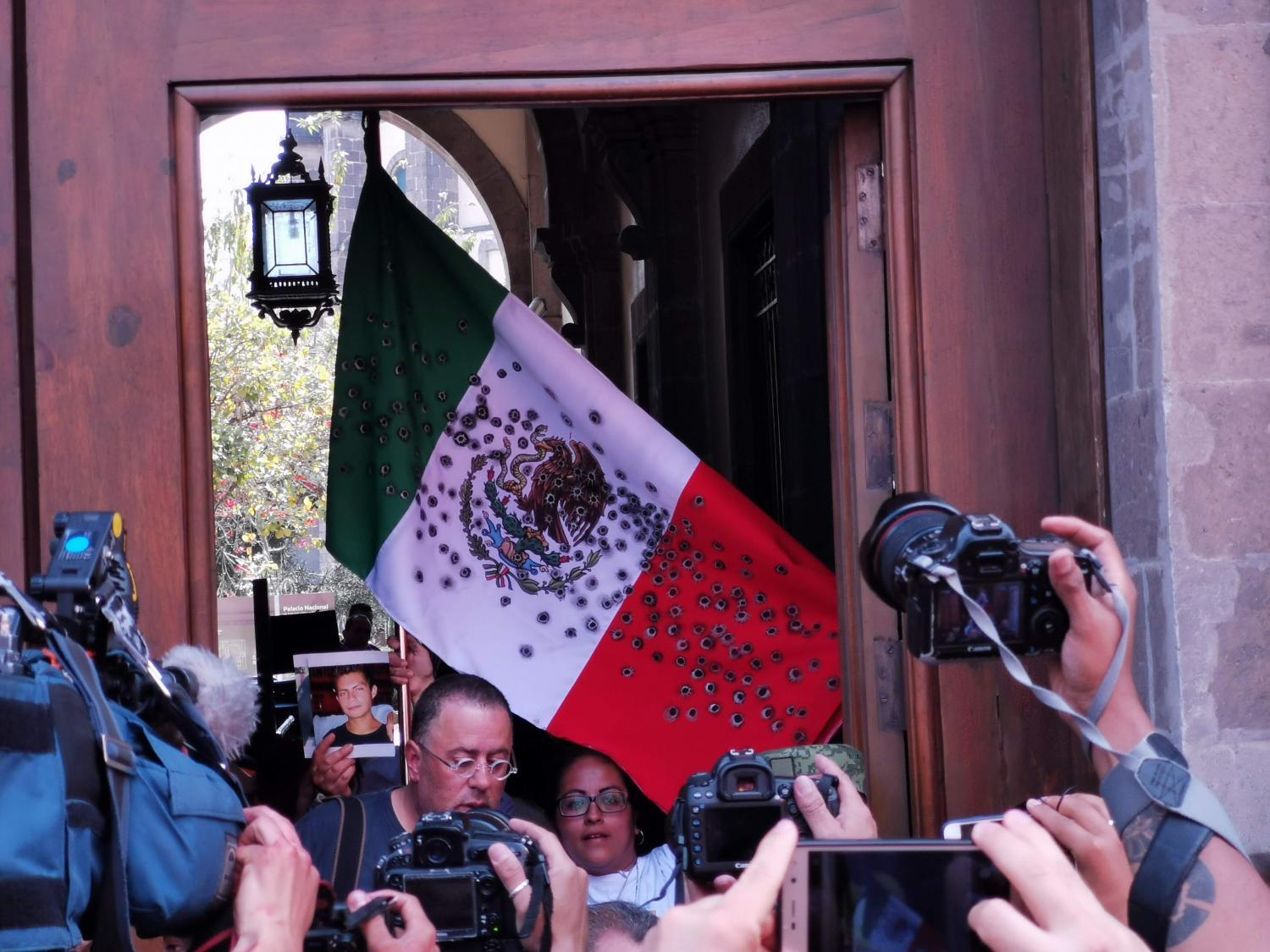 Rodrigo Cervantes/KJZZ
A commitee from the "March for Peace" delivered a document and a Mexican flag painted with blood and bulletholes to a committee from the government at Mexico's National Palace.

MEXICO CITY — Mexico faced its most murderous year in 2019, and many are demanding for justice and for more concrete actions against violence from the current government and the society itself.

But 2019 was also the first year in office for Mexico’s current president, Andrés Manuel López Obrador, also known as AMLO, and his apparent indifference to the rising bloodshed is uniting many victims.

Hundreds of people from the "March for Peace" arrived on Jan. 26 to Mexico City’s main square, where the presidential office is. Their guide asks them to march in silence and in peace, and they do. 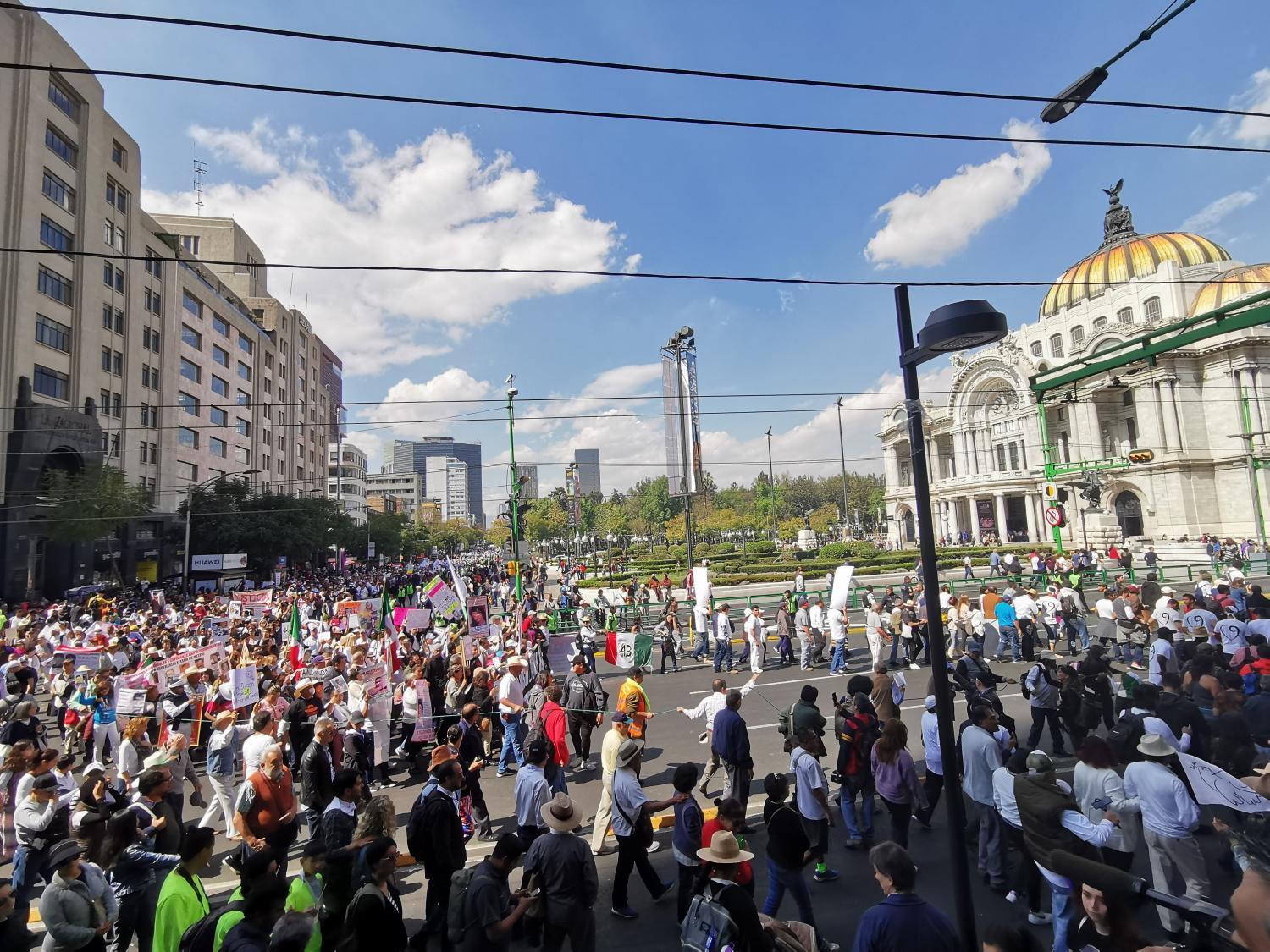 Many of them had walked for more than 50 miles from the city of Cuernavaca, where poet and activist Javier Sicilia lives. His son was murdered by organized crime 8 years ago.

"Neither gunshots nor hugs will solve Mexico’s increasing violence; only a true policy that equals this horror!" said Sicilia during his speech.

Sicilia was referring to President López Obrador, who famously claimed that the most effective way to combat Mexico’s violence was with “hugs, not bullets.”

Nearly 36,000 people were killed in 2019. That was an increase of 2.7% from the previous year and the highest number in decades. And that toll doesn’t account for the approximately 5,000 more people who simply disappeared that same year.

"The government is not even searching for its own people," said activist Patricia Manzanares. Her son, a federal police officer, has been missing since 2011. She says she knows of at least 200 similar cases.

Last year, the National Guard was created with the main purpose of fighting organized crime. But Guard members have been stationed mainly at the borders, dealing with immigration issues.

Manzanares said the National Guard doesn’t help, while other security forces have been left unprotected.

"Even criminals are better armed than them," Manzanares said. 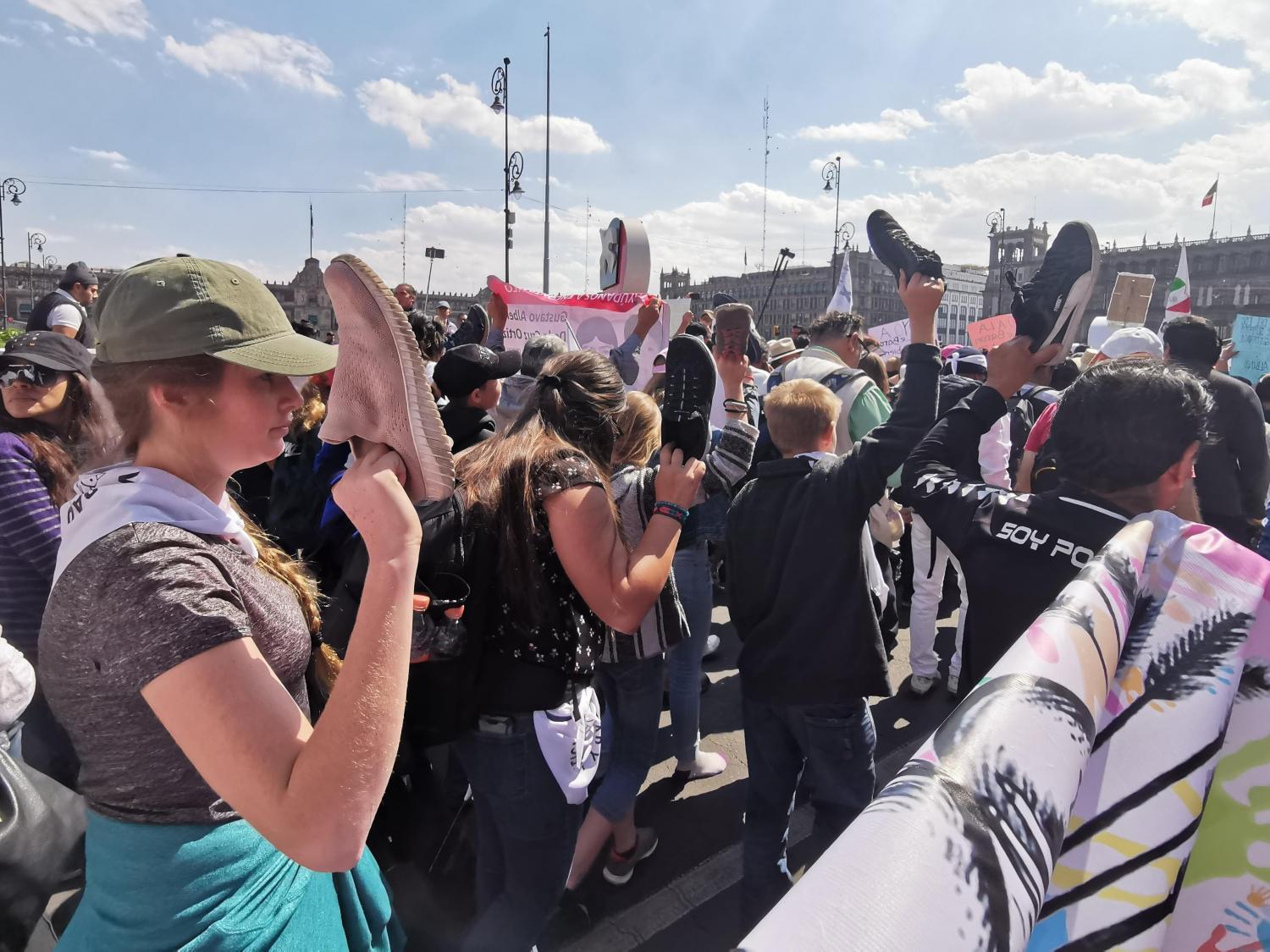 Rodrigo Cervantes/KJZZ
Some protesters took a shoe off to honor the girl who ran away with a missing shoe from the notorious attack to the LeBarón family in Sonora on November 2019.

And among the marchers — and victims — were several members of the LeBarón family. One of them is Taylor Stubbs, who was holding a sign showing a broken heart with the U.S. and Mexico flags.

“Most of us have dual citizenships, so we are Americans and Mexicans, we have both bloods, so that’s what the heart represents, and after the incident, it’s a broken heart, right?” Stubbs said.

The “incident” was a roadway massacre of women and children from the LeBaróns in November in Sonora, which brought attention to the country’s insecurity.

The crime is still unsolved, and some people rally with a shoe off, honoring the girl who ran away from the attack with a missing shoe.

“We want criminality to stop. We want a safer Mexico. We want peace here. We don’t want to have to worry about our children being in danger in a country where we grew up,” Stubbs said.

The Mexican president has blamed past governments, opponents and even some protesters for the increasing violence. He said he would not talk to the people from the rally.

"My security team will talk to them on my behalf; I don't want to be part of a show," AMLO said.

But many in the rally disagree with his statements. 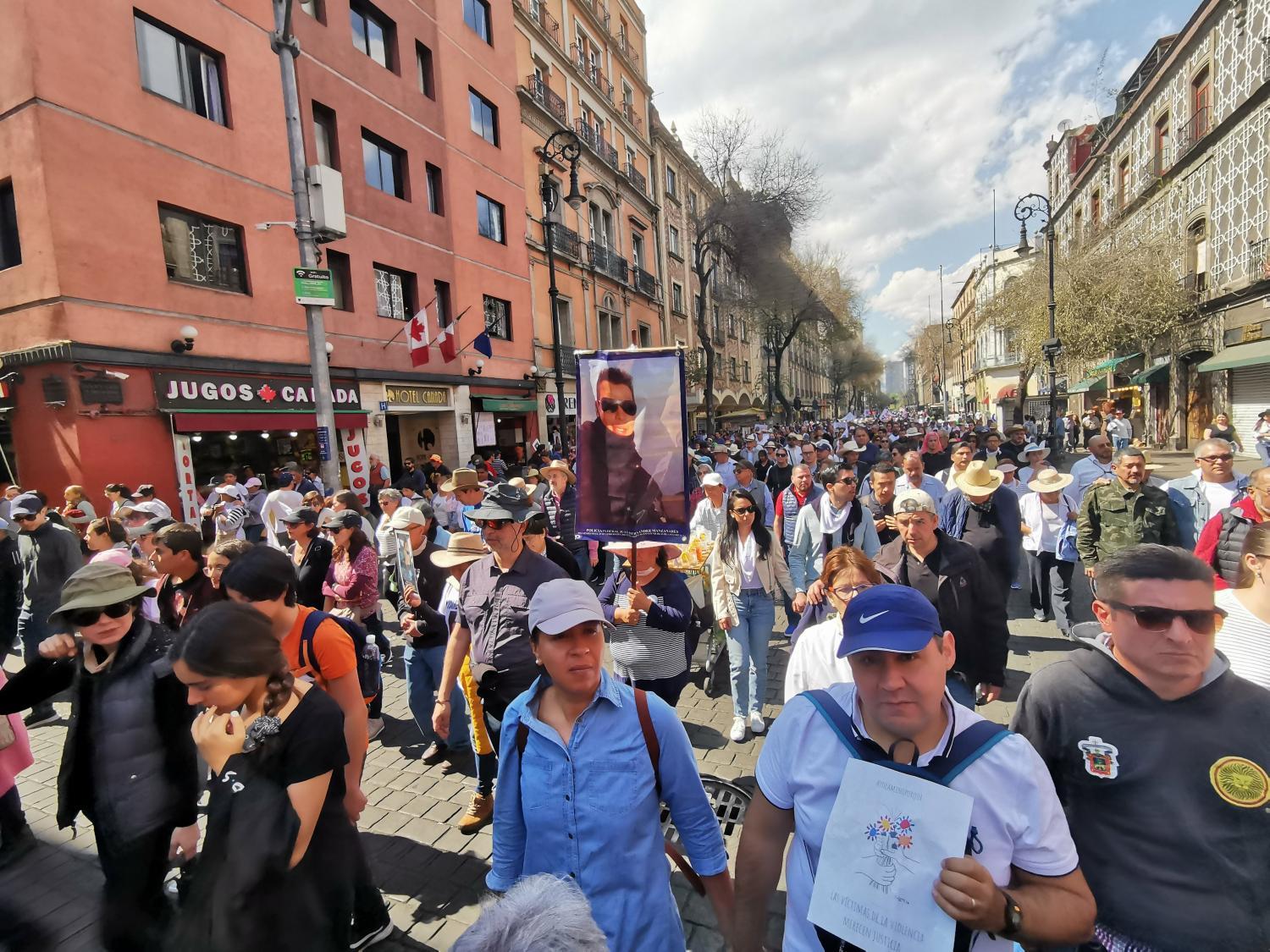 Rodrigo Cervantes/KJZZ
Protesters carry photos of victims and signs at the "Caminata por la paz," or "March for Peace," rally in Mexico City.

“I’m sorry that’s a show to him. To us, every person here, in this march, has a loved one that’s been lost, that’s been kidnapped, that’s been killed, that’s been raped,” said Kenley LeBarón, who said the rally’s purpose was not telling the government to do their job but to ask people to unite.

But the rally got verbally attacked by a group of sympathizers of the president.

The president’s supporters call them “traitors,” cheering López Obrador and asking them to leave the square. But the March for Peace avoids confrontation and walks to another direction.

Julián LeBarón, one of the rally’s organizers, gave a final speech, saying it’s time for unity.

And meanwhile victims and protesters call for peace, truth and justice.