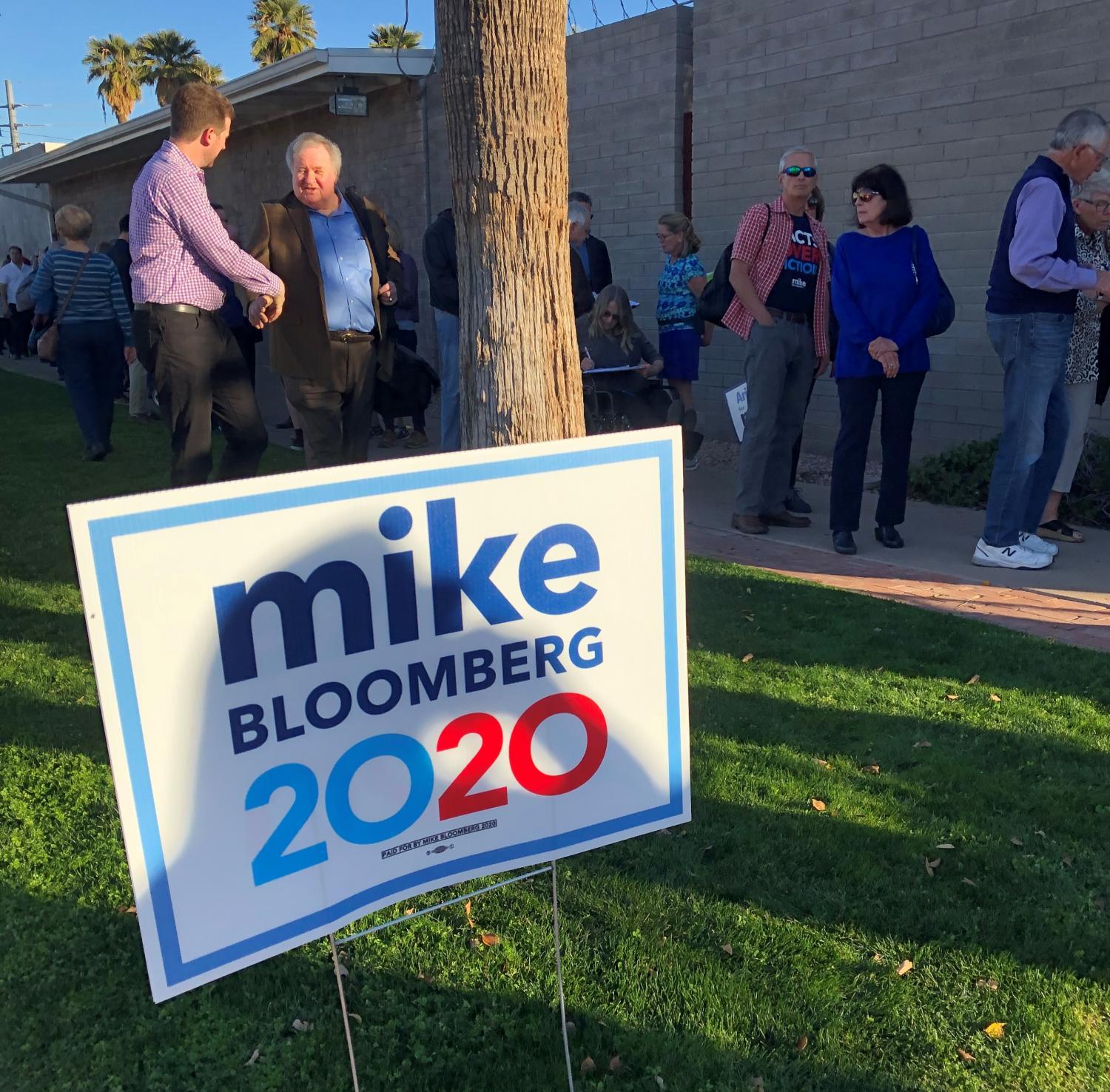 Though the crowd lacked the energy of a Donald Trump or Bernie Sanders rally, the more than 1,500 attendees made it the largest campaign event Bloomberg has hosted since announcing his campaign in November 2019.

While other Democratic candidates are focusing their energy on Iowa and other early primary states, Bloomberg instead chose to spend time in states like Arizona with later primary elections.

“Republicans think this is a red state,” Bloomberg said. “Some Democrats say it’s purple. But why don’t we call it what it will be in 2020? A blue state.”

Demographics in Arizona have been shifting slowly, but many political strategists no longer consider it reliably “red”. President Donald Trump carried the state in 2016 by less than 4 percent -- compared to 2012, where Mitt Romney carried the state by more than 9 percent. In the same year, controversial Maricopa County Sheriff Joe Arpaio was voted out of office by an 11-point margin. 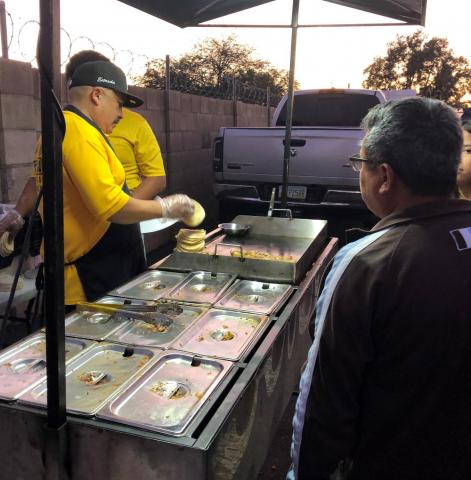 In 2018, Kyrsten Sinema became the first Democrat the state's voters sent to the U.S. Senate since 1988 after beating Republican Martha McSally by 55,900 votes. The shifting trends weren’t lost on Bloomberg, who says he plans to campaign heavily in Arizona.

“I’ll be spending a lot of time here,” Bloomberg said, “because the road to the White House runs right through Arizona.”

Bloomberg has been a vocal advocate for gun control for most of his political career. In 2013, he founded Everytown for Gun Safety, a group that pushes for universal background checks on gun purchases and other gun control measures.

Arizona is considered to be one of the most pro-gun states, consistently ranking in the top five on Guns & Ammo magazine’s annual list of best states for gun owners.

“No one needs to talk about Arizona’s reputation for guns, we all know that Arizona has a pretty big appetite for guns,” Sabeti said. “But that seemed to change in the 2018 election. So we see people, especially with each tragedy, being more and more open to gun control. [Bloomberg] has pushed through sensible gun control that is digestible even for Arizonans.”

During the Arizona Republican Committee meeting in January, Gov. Doug Ducey was heckled by protesters over his alleged support for so-called “Red Flag” laws. In his response, Ducey called Arizona the “number one pro-Second Amendment state in the nation.”

EDITOR'S NOTE: This story have been updated to correct the job title of Maral Sabeti. 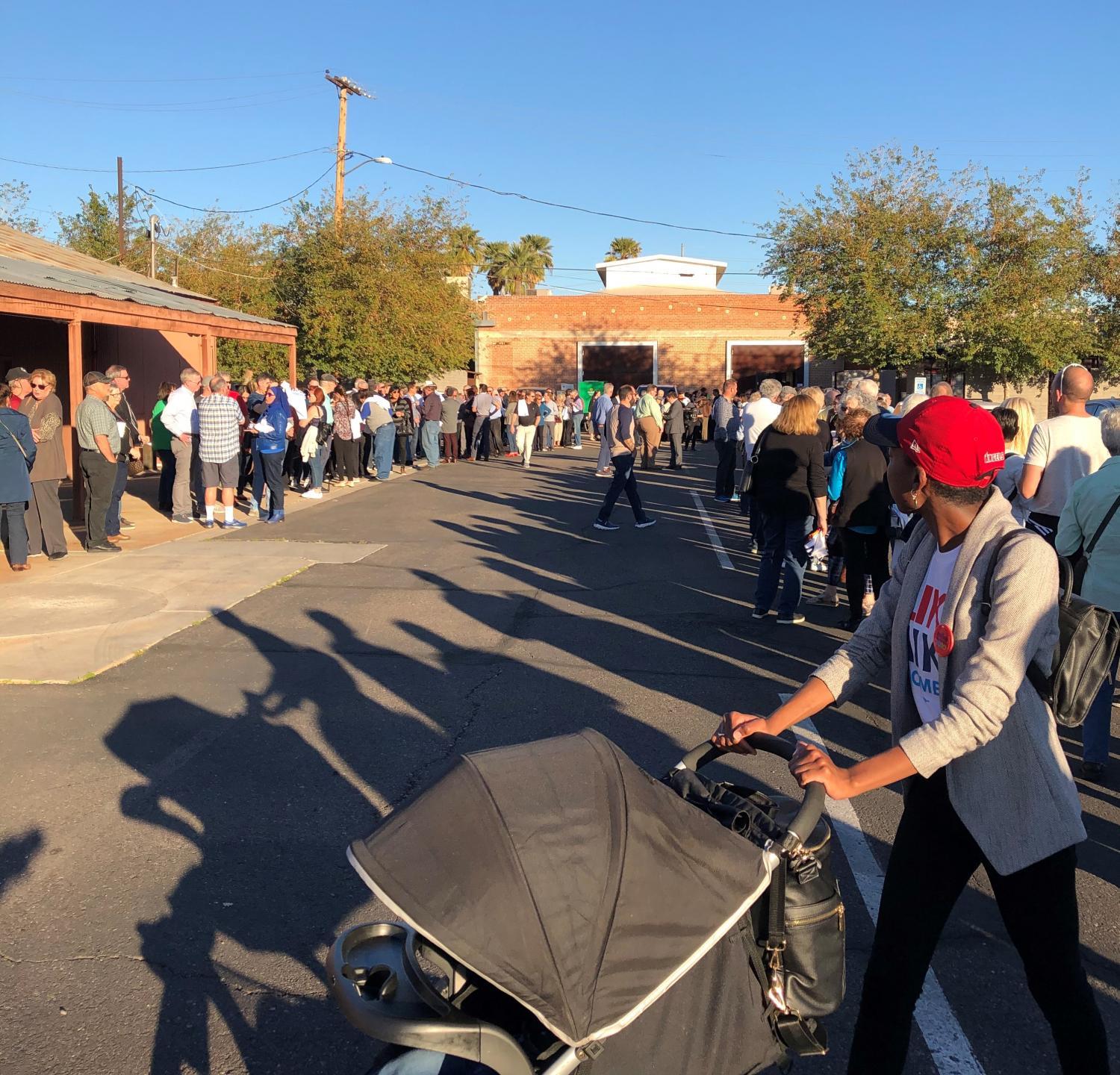 Shortly before the rally, Bloomberg announced his plan to raise $5 trillion through a tax on the wealthiest Americans.

Under that plan, incomes greater than $5 million would be subject to a 5% “surtax”.

“I’ll raise the estate tax to generate some of the revenue we need to start fighting income inequality,” Bloomberg said in his speech. “My tax plan will make the tax code more progressive by reversing the Trump tax cuts, expanding the estate tax, and closing loopholes.”

“We’re not going to be able to keep going where we’re cutting taxes and at the same time expanding social programs,” Johnson said. “It’s interesting coming from somebody like (Bloomberg), who is very wealthy. He recognizes that we need to make certain that this is a fair tax code.”

The Bloomberg campaign said the wealth and estate tax plan would only affect about 0.1% of taxpayers. 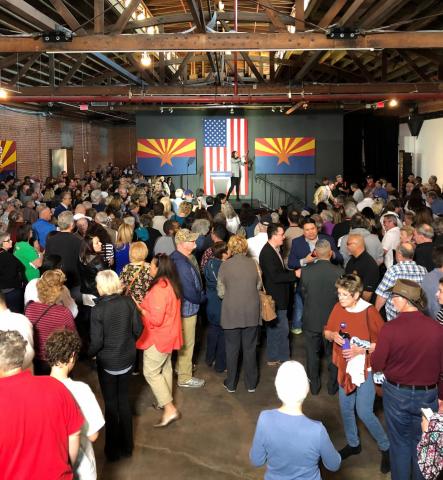 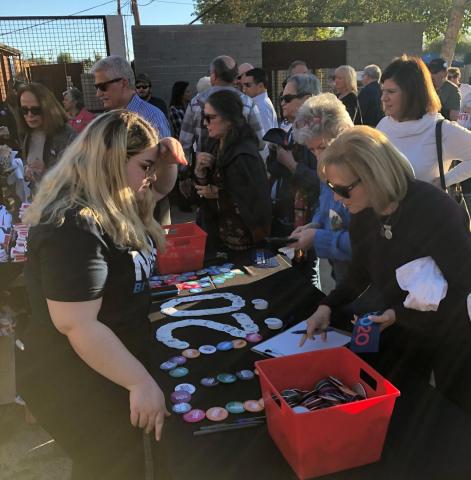