Untold Arizona: The Legend Of La Llorona, The Weeping Woman 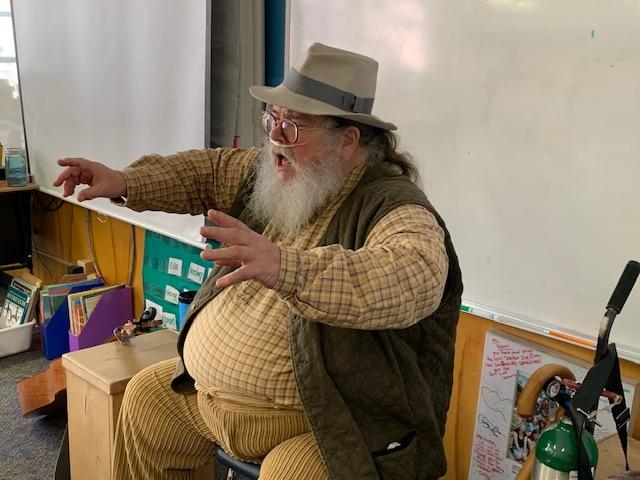 Many people in the Southwest claim they have seen La Llorona or the weeping woman. People have spotted her along the Rio de Flag in Flagstaff all the way down to the San Pedro River near Tucson.

Long-time Flagstaff storyteller Tony Norris recently visited the third-grade class at Puente de Hozho elementary school to sing songs and tell stories. When Norris said he was going to tell the story of La Llorona several hands shot up in the air.

As Norris tells it, a long time ago there was a young woman named Maria. She was the most beautiful girl in all of northern Arizona.

→ 3 Scary Stories From The Arizona Desert And Beyond

“She was kinda full of herself,” Norris said. “She would say, ‘Abuelita, when I marry, I’m going to marry the most handsome cowboy.’”

Her grandmother told her there were more important qualities in a man but Maria did not listen. One day she met a cowboy who was indeed handsome. They married built a house on the banks of the Rio de Flag and had two children. At that time the Rio was a wide river fed by the mountain snow.

The couple was happy for a while. But soon Maria’s husband went back to his old ways — drinking and gambling. One day Maria was watching a monsoon storm roll in when he showed up in his horse and buggy with another woman. He told Maria I’m only here to see my children.

“The lightning crashed and the thunder rolled and it began to rain,” Norris said. “And something snapped. Maria went crazy, crazy with hurt and anger and jealousy. She was so hurt she took her children and she threw them in the Rio de Flag. The waters were rising and the flood was rushing along. When she’d realized what she had done she went running along the banks, ‘mis hijos!’ But it was too late.”

They had already drowned. As she was running she tripped on a large white rock, hit her head and died instantly.

Norris said not that long ago a group of kids was outside playing until their parents called them in for supper. One boy refused saying he wanted to watch the moon rise. So he sat down on a large white rock next to the Rio. In the distance he saw a figure coming toward him through the trees.

“And as it came closer he could hear, ‘mis hijos,’” Norris said. “When the figure got closer she put her hands on his shoulders but they were the hands of a skeleton. He was looking right in the face of la Llorona but La Llorona didn’t have a face. It was just a skull. And as she leaned close he could tell that la Llorona had bad breath.”

At that moment the boy prayed harder than he’d ever prayed before and she released him so he ran all the way home.

“Parents would say you better be a good boy or La Llorona will get you,” Norris said.

After telling the tale, Norris asked the third graders if they believed she was real. Most of the class raised their hand. 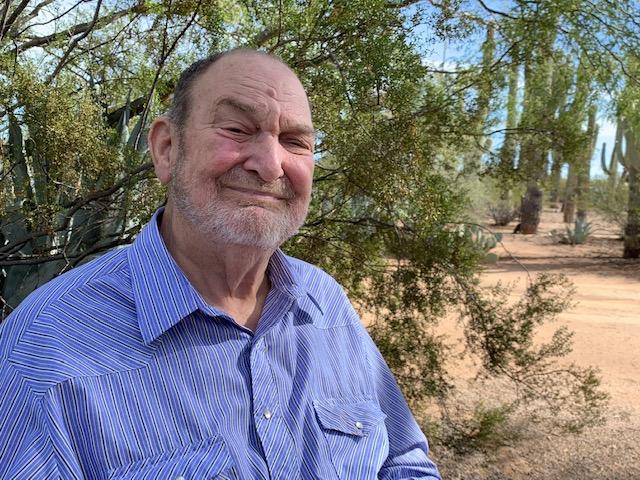 Laurel Morales/KJZZ
"Big Jim" Griffith is a folklorist in Tucson.

In Tucson, folklorist Jim Griffith has heard many versions of this story and said she’s real.

“She’s real to the extent that you can judge reality by whether or not it influences people's decisions,” Griffith said.

Griffith said the story comes from Mexico. It’s a cautionary tale used by different people for different reasons. He said it changes according to the teller, the audience and the community.

“It’s probably easier for the parent and maybe easier on the child later on to talk about a mythical scary lady than it is to talk about child rapists,” Griffith said. “You’re substituting a scary thing for a terrifying thing.”

Real or not, she remains a powerful figure in Arizona.

So if you’re out walking on a moonlit night, don’t be surprised if you see or hear a woman crying out for her children. 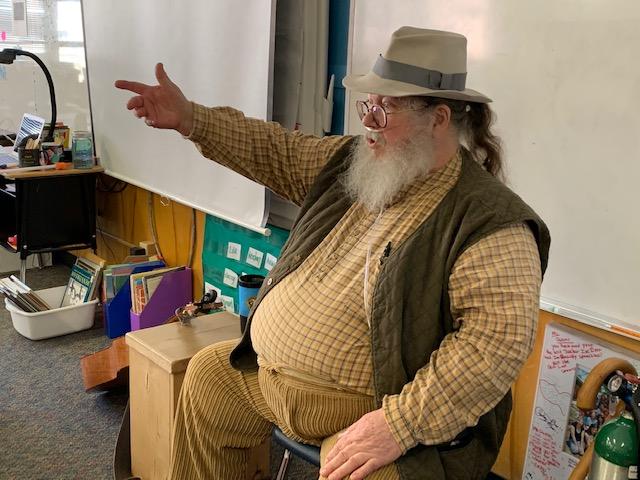