Women Unite With Blankets To Heal From Violence And Raise Awareness 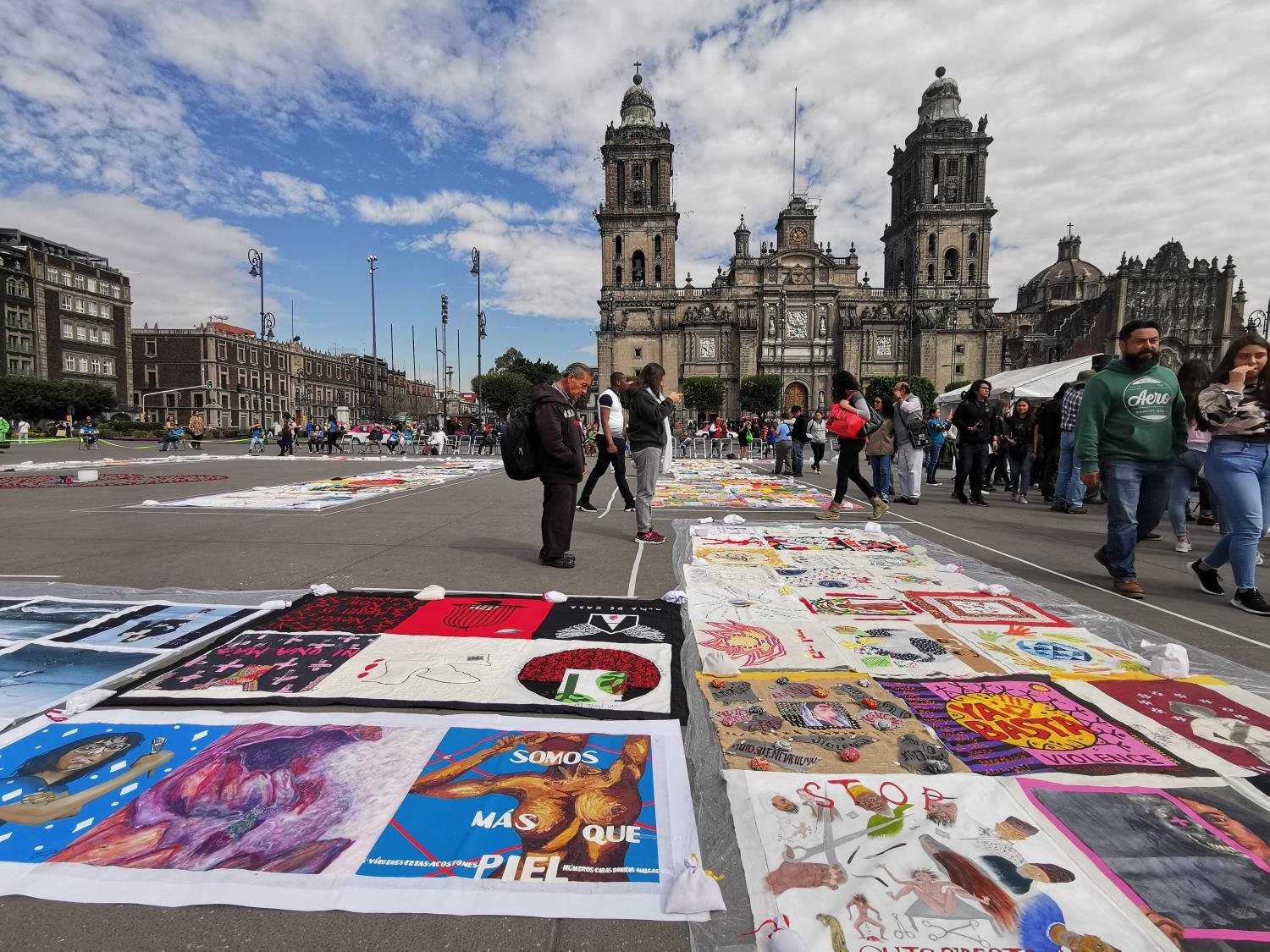 MEXICO CITY — A group of women from all over the world have found a way to connect and share concerns and experiences with violence: They are sewing a giant blanket.

The project, which started in Mexico, will soon visit the United States.

Marietta Bernstorff is an artist and activist leading the Patchwork Healing Blanket project.

The project started in the state of Oaxaca, but has reached countries as far as India. It provides sewing workshops, building communities of women who either suffered from violence or want to raise their voice against it.

“I realized that cloth, one of the oldest forms of women to bond together, is probably the best way to talk about violence,” Bernsorff said.

The resulting blankets with embroidered messages are added to a larger one. More than 500 pieces from all over the world have been added, so far.

Bernstorff, who used to live in Tucson, says the blanket and workshops will travel to border cities in the next few weeks. Among the goals is to empower migrant women.

“I think the migrant women should really come together, and that's why we're going to do workshops in the ‘frontera’, and we're going to show them how to use creativity to get rid of that terrible pain of crossing thousands of miles with their children just to be stopped at border," said the activist.