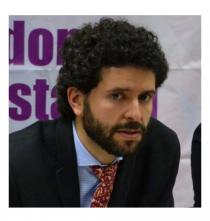 The Mexican Secretary of Foreign Affairs removed Roberto Valdovinos from his job as director of the Institute of Mexicans Abroad. The agency is in charge of supporting Mexicans living and working overseas.

Valdovinos faced five accusations of harassment, all of them validated by a Mexican government ethics committee.

The Secretary of foreign Affairs also confirmed the demotion of Guillermo Rivera as consul in Tucson, without providing any further details.

Rivera lasted just a few months as the head of the Tucson office. He was facing complaints for attacking the press and promoting the Mexican president’s party.

Diplomats should not show any party affiliation, according to Mexican laws.