Is Mexico City Turning Into The New Art Market Mecca? 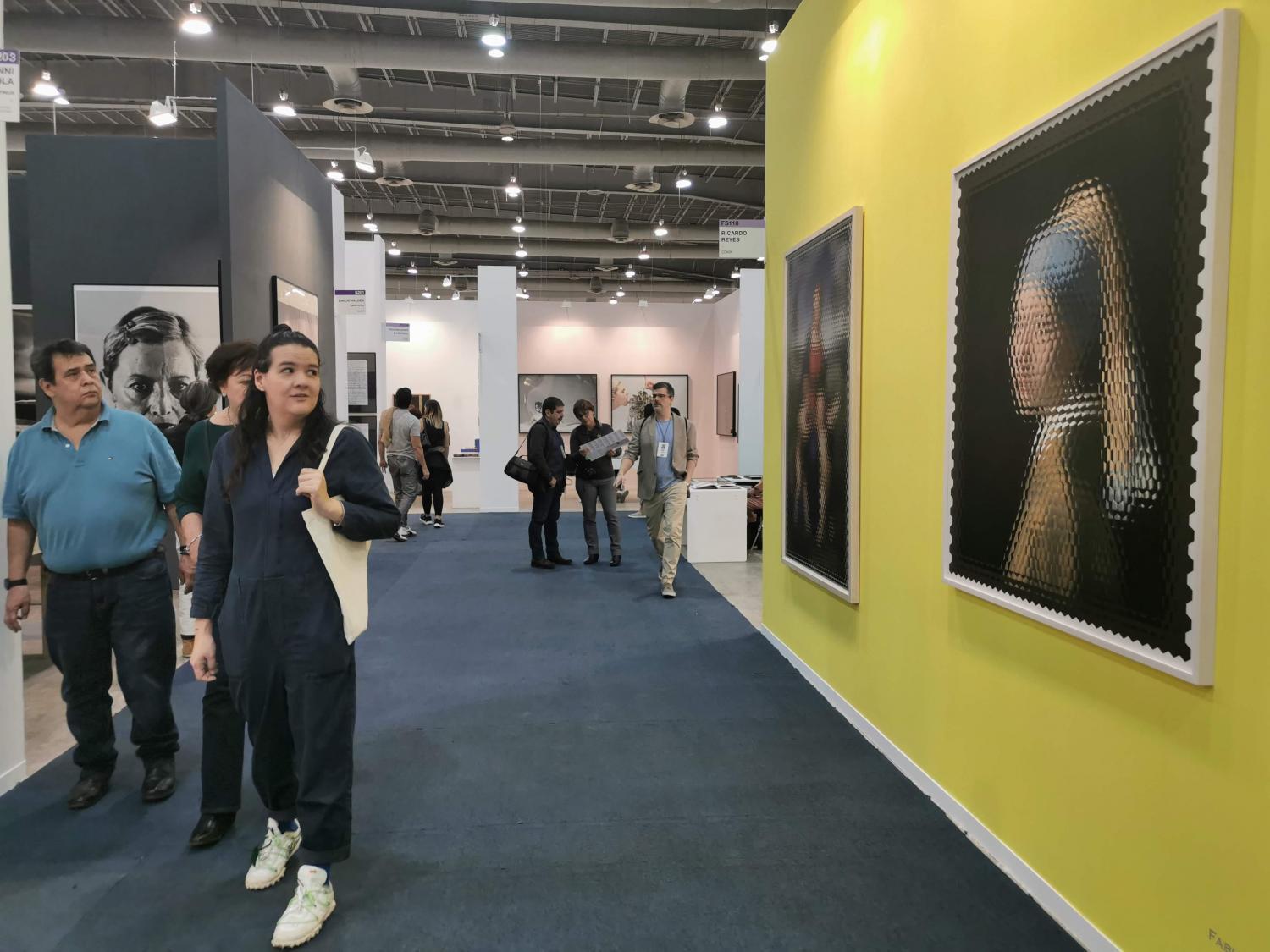 MEXICO CITY — Many know about Mexico City’s rich artistic heritage and its renowned artists. But thousands of art lovers — many of them from the U.S. — are now being drawn to its growing art scene.

For many, Mexico City is turning into Latin America’s contemporary art mecca with its galleries, museums and world-class art fairs. And the scene is attracting hundreds of art dealers, buyers and creators.

Zona Maco is one of the main art happenings in Mexico City every year, along with other art fairs like Salón Acme or Material Art Fair. It is one of the largest art fairs in North America, with more than 70 thousand visitors and gallerists from 26 countries. 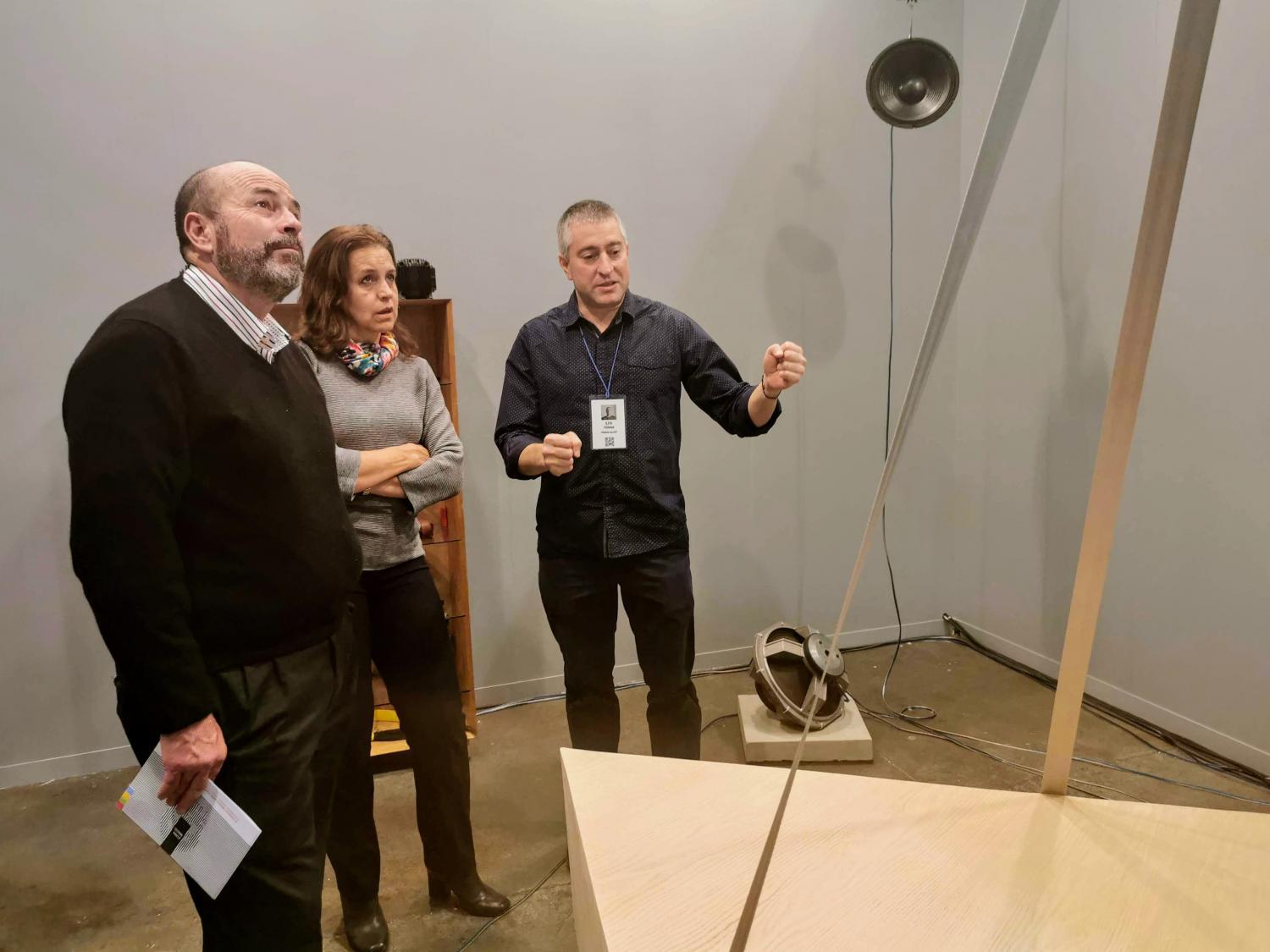 “Well, Zona Maco I think is one of the most highly-regarded art fairs in the world, so I think that there is this kind of cross-generational and cross-cultural appeal,” says Iliya Fridman, owner of a gallery in New York City.

Fridman brought to the fair art installations by Daniel Neumann and Juan Betancurth, one of them consisting of rattling objects inside a shaking cabinet.

“I wanted to use this as a calling card for the gallery to do something completely different,” Fridman said. “I heard that there are great institutions here (in Mexico City), that there is general interest in conceptual art, as well there is interest in architecture and  a great scene for performance as well, and our gallery program happens to combine all of those elements.”

Zona Maco is among dozens of happenings in Mexico City’s Art Week in February, when the growing local gallery scene gets more exposure.

“It's actually an incredible art market, and the reason being is that there is an expansive array of art, from the top names in the world to emerging artists,” Penner said. 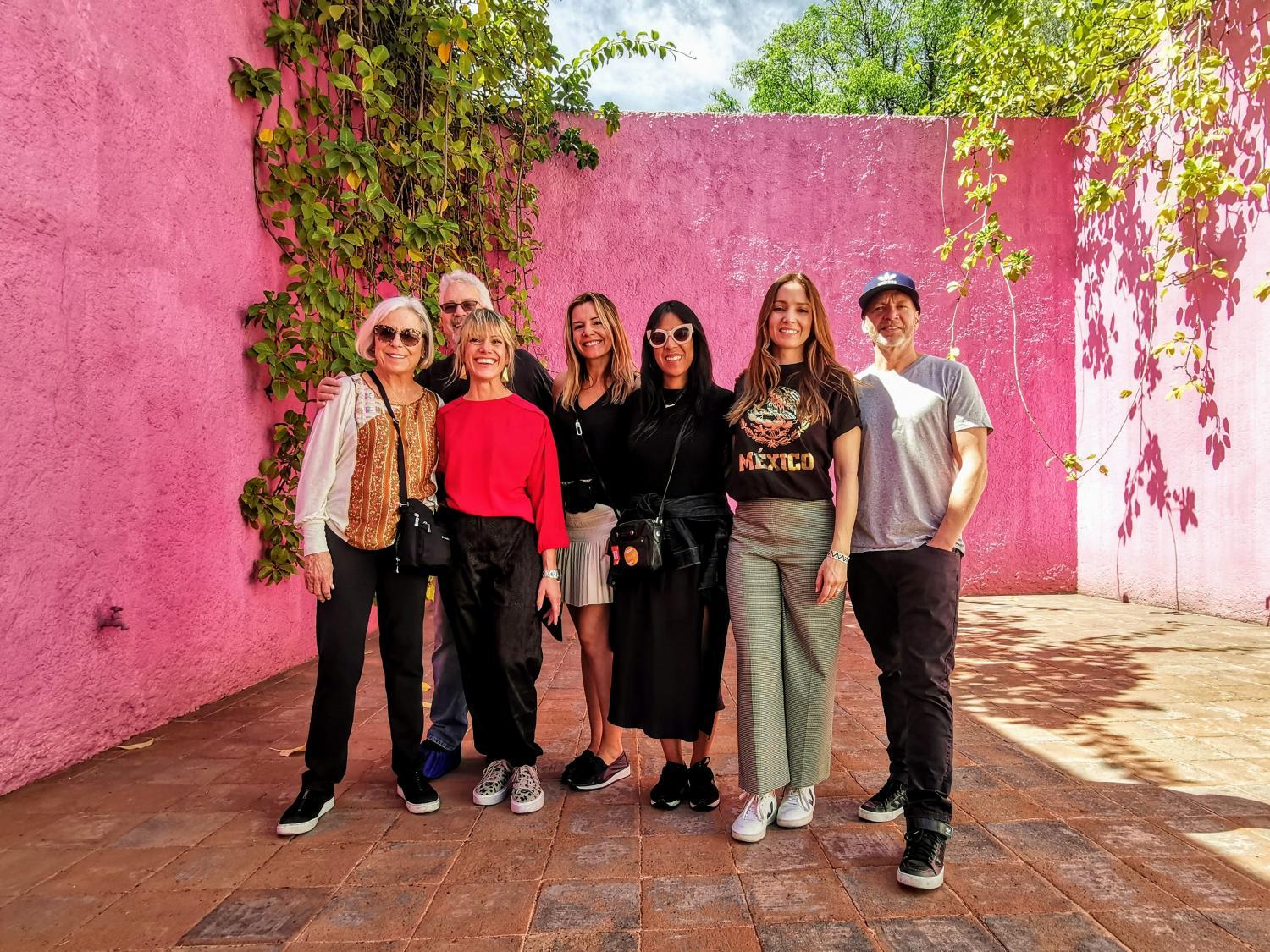 For her, Mexico City’s Art Week is as exciting and world-class as Miami’s Art Basel, but with more art and history.

“I think it's interesting to make a comparison to Art Basel, because I think there are definitely both world-class; however, I think in Mexico you just have an even greater variety of artists coming together,” said Penner. “Being in Mexico City is a very culturally enriching experience, regardless of the time of year that you’re here.”

Kathleen Cheevers is with Penner’s tour. She’s a collector visiting Mexico City for the first time.

“Oh, I think the quality of the art that I’ve seen here is international quality,” Cheevers said. “Here, they have a lot of art from younger artists that are up-and-coming and established artists that are well-known throughout the world.”

Cheevers thinks the art market here is comparable to those in Chicago and Milan. 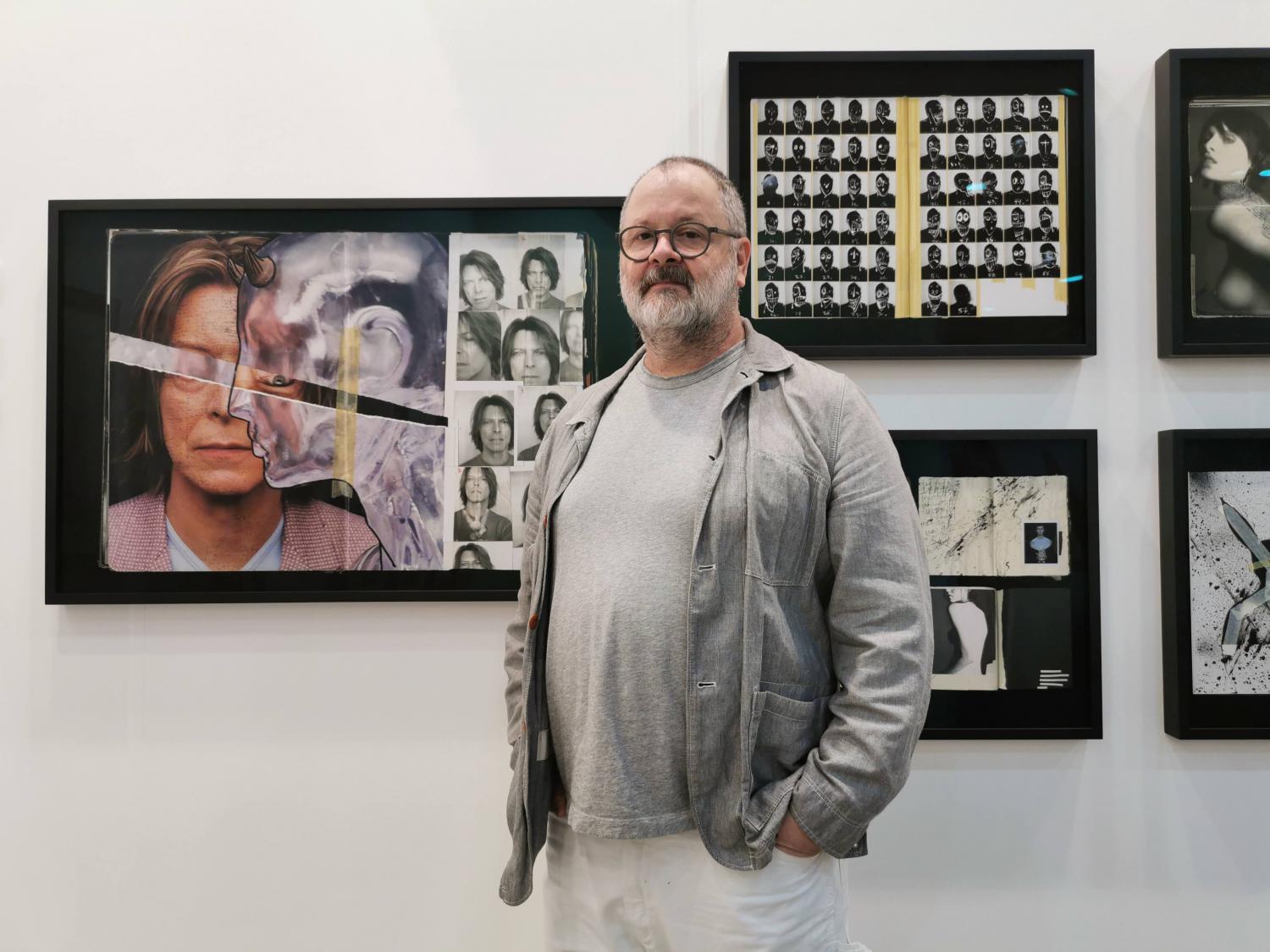 American gallerists and artists are also taking advantage of the booming market in Mexico City.

“My name is Frank Ockenfels the Third, I use a '3' and not a Roman numeral,” said the artist to introduce himself.

Ockenfels 3 is a photographer, also known for his advertising and music portraits of people such as rock legend David Bowie. A photo collage of Bowie from Okenfels’ journal hangs in Zona Maco.

“My favorite Bowie song is ‘Andy Warhol’, which is the weirdest fun!,” said Ockenfels 3 while recalling his work with big names in the entertainment industry.

Ockenfels 3 said Mexico City has been an inspiring surprise to him.

“From what I've been seeing wandering around, going to museums, the architecture, the graffiti even ... just everything about it is ... I'm blown away,” said the photographer.

Ockenfels 3 said he’s happy to bring his work to potentially find customers but, furthermore, to become part of a global art scene.

“You know, sales don’t always happen at openings, they don't happen at festivals, they happen afterwards, when people have a moment to kinda really think of what they really want eventually to live with,” Ockenfels 3 said. 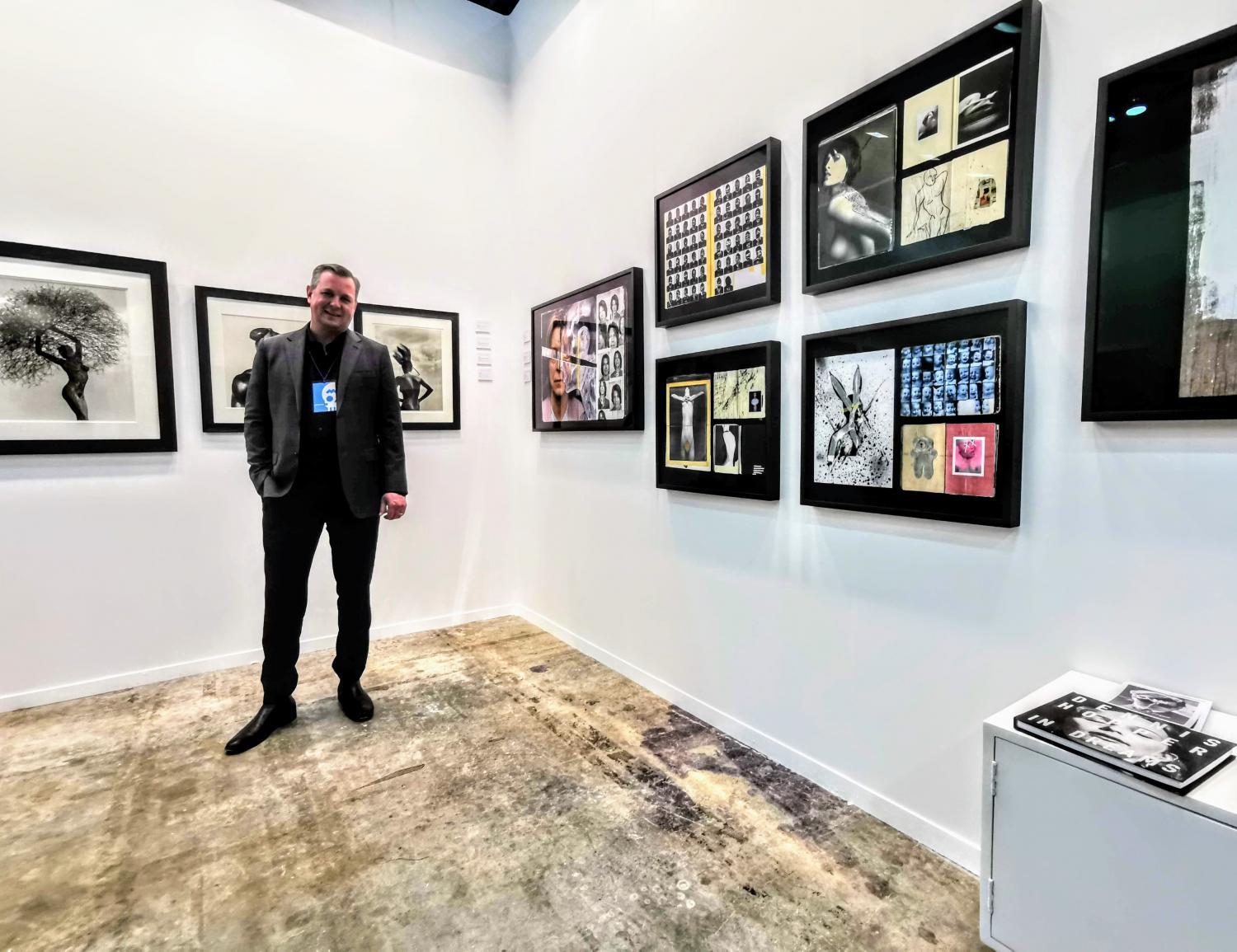 Nicholas Fahey directs the Fahey/Klein Gallery in Los Angeles, which has Ockenfels among its artists. He’s in Zona Maco to expand his market and connect with collectors.

“The work that we have here ranges anywhere from 25 hundred U.S. to 150 thousand U.S., so we really wanted to bring a wide spectrum of stuff,” Fahey said.

“Here, people seem to have a little bit more genuine concern for the work; Miami's just kind of turned into a party town,” said Fahey.  “I've been actually really surprised with how many of our international collectors are here, just because they want something fresh, they want something different and you know they want to get a little taste of Mexico City.”

Mario Uvence is an art dealer from the southern state of Chiapas. He runs an antiques and fine arts gallery in San Cristóbal de las Casas and comes to Mexico City’s Art Week every year. 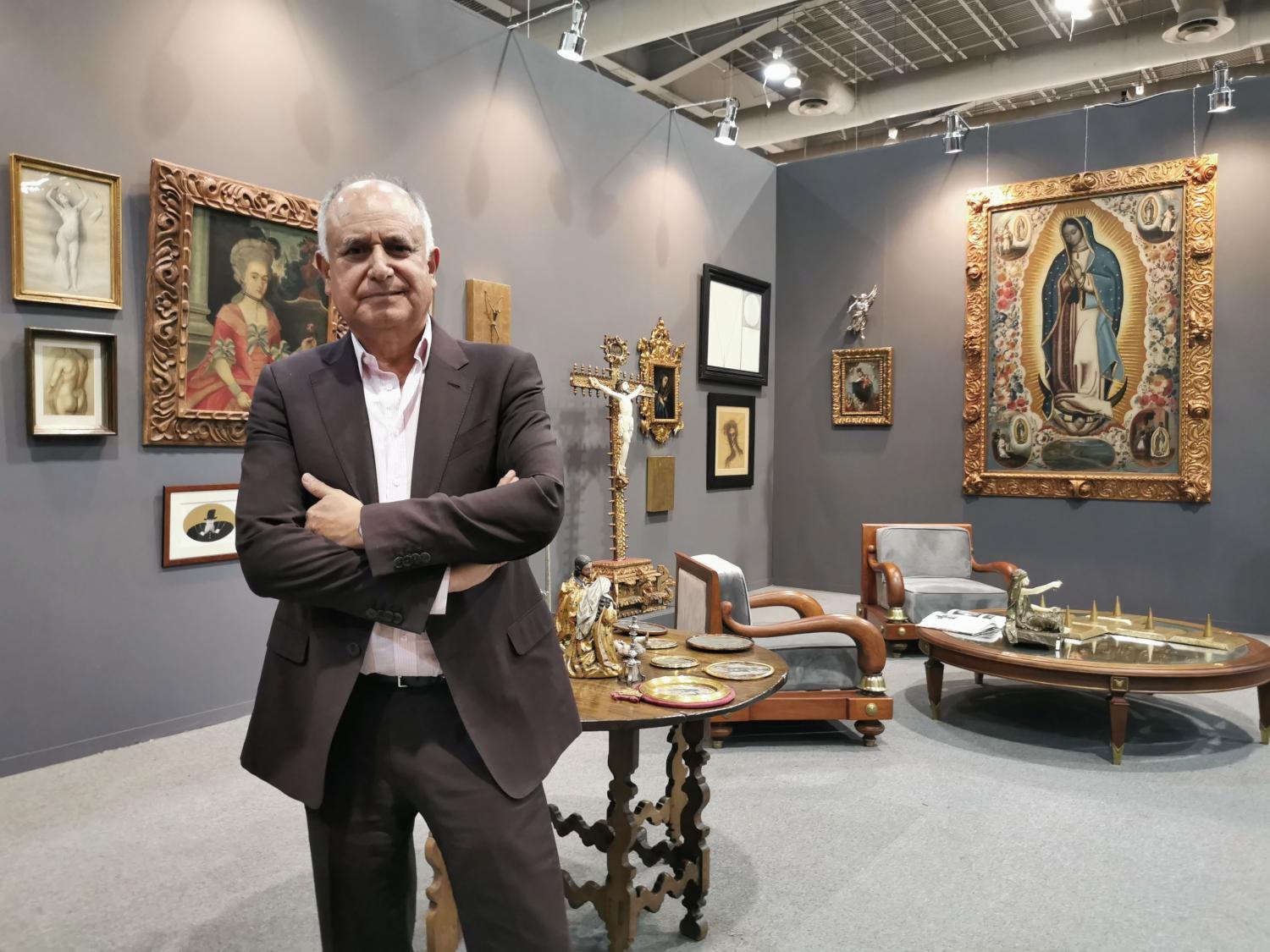 “The United States is the market that has paid the most for Mexican artists. Where did big artists like Diego Rivera have found success? In the United States,” Uvence said.

For him, the relationship with the U.S. is still very important, not only for the artists, but for the entire Mexican art market.

“Mexico and the U.S. are currently tied by a free trade agreement, but we’ve also been tied by our deep, cultural roots. And these bonds are well reflected through art,” said Uvence.