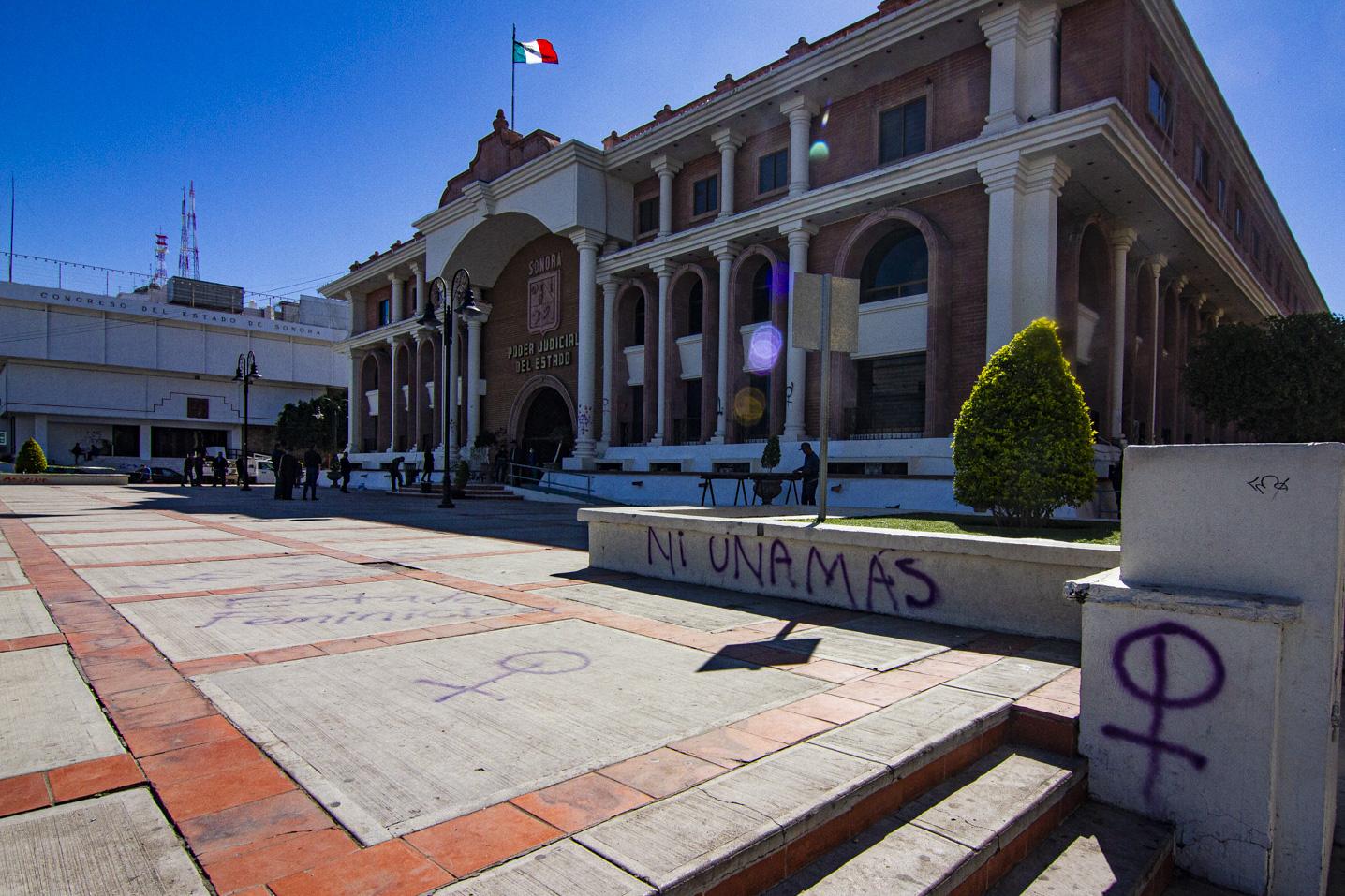 Murphy Woodhouse/KJZZ
Some protesters spray painted anti-femicide slogans at the state judiciary headquarters, including "Ni Una Más," or "Not One More."

With femicides rising in Sonora, women marched in the capital Hermosillo over the weekend.

As KJZZ previously reported, femicides and female murder victims in Sonora jumped significantly in 2019 to a combined 117. They also rose nationally.

“There’s an exasperation among young women, from all women, but young women in particular,” said Silvia Nuñez, head of the Sonoran arm of the National Citizens Observatory on Femicide, who served as an observer during the march. “They’re the group who’s most vulnerable, at most risk, those that are being assaulted.”

When the lights were turned off at the judiciary, some protesters broke into the building, setting a fire with documents, breaking windows and causing other damage. There were no reports of injuries.

In an interview with Uniradio Noticias, State Supreme Court President Francisco Gutierrez condemned the property damage and said his office wasn’t an appropriate target for the protest.

Both Gutierrez and Hermosillo Mayor Célida López called for investigations of those responsible for the damage. In a Sunday evening tweet, López said “the state must investigate, and proceed legally. Out of respect to the majority who participated peacefully. It’s critical that those responsible be identified.”