The Border Patrol unfolded its public demonstration Wednesday of the explosive force used to make way for a large border fence on the border road of the protected monument.

Some 500 yards away on the eastern slope of Monument Hill, 250 feet of soil jumped in a cloud of dust that drifted on the fast moving winds. Dozens of holes, each packed with five pounds of ammonium nitrate exploded in a fast riff of noise.

Meanwhile, Tohono O’odham Chairman Ned Norris was addressing a Congressional committee on the blasting in Washington.

"I’m sorry to report that just two hours ago, CBP conducted another controlled detonation at Monument Hill," he told the subcommittee.

It has been an ongoing back and forth between the O’odham tribe which considers Monument Hill sacred and the Trump administration. The federal government says it needs to blast the area so it can bury footings in the rocky soil to erect a 30 foot tall border fence of tall steel posts topped with an anti climbing plate. To do so, construction crews tore out 18-foot-high metal screens that Border Patrol officials say were easily cut through.

"You can see these square patches on the fence where drugs or people were pushed through the border," said Border Patrol spokesman Pete Bidegain, showing the patches that line the soon to be replaced screens along the border road where repairs crews patched those holes.

Tribal Chairman Norris told Congress on Wednesday this is a desecration, noting that while Organ Pipe is no longer tribal land, it’s a hill revered by the O’odham. 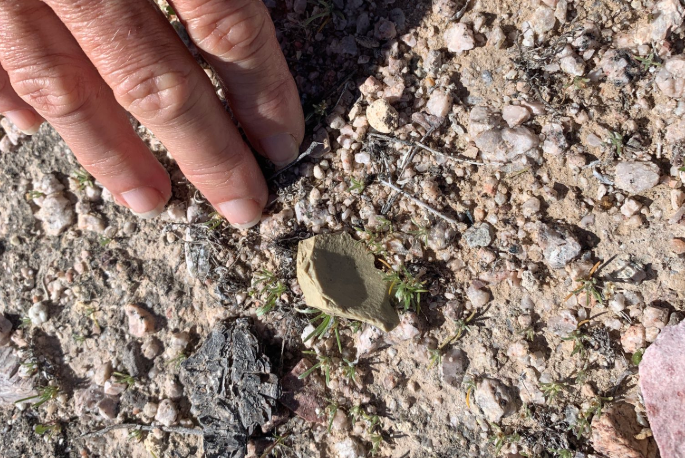 Michel Marizco/KJZZ
Archaeologists point to these pottery shards outside the construction zone in Quitobaquito Springs as evidence there must be artifacts disturbed within zone.

He was asked whether building a border fence along the area would help protect O’odham land.

The Border Patrol argues that no history is being lost to the blasting on Monument Hill.

But last November, archeological crews working with the National Park Service found human bone fragments within the region of another site where the border fence is being built.

Park Service spokeswoman Vanessa Lacayo said in an email that archeological crews found those remains in an area where construction is going on that date from anywhere between what archeologists define as Archaic and Historic periods, between roughly 2000 BC and 1950.

The area is only about a ten minute drive along the border from Monument Hill. 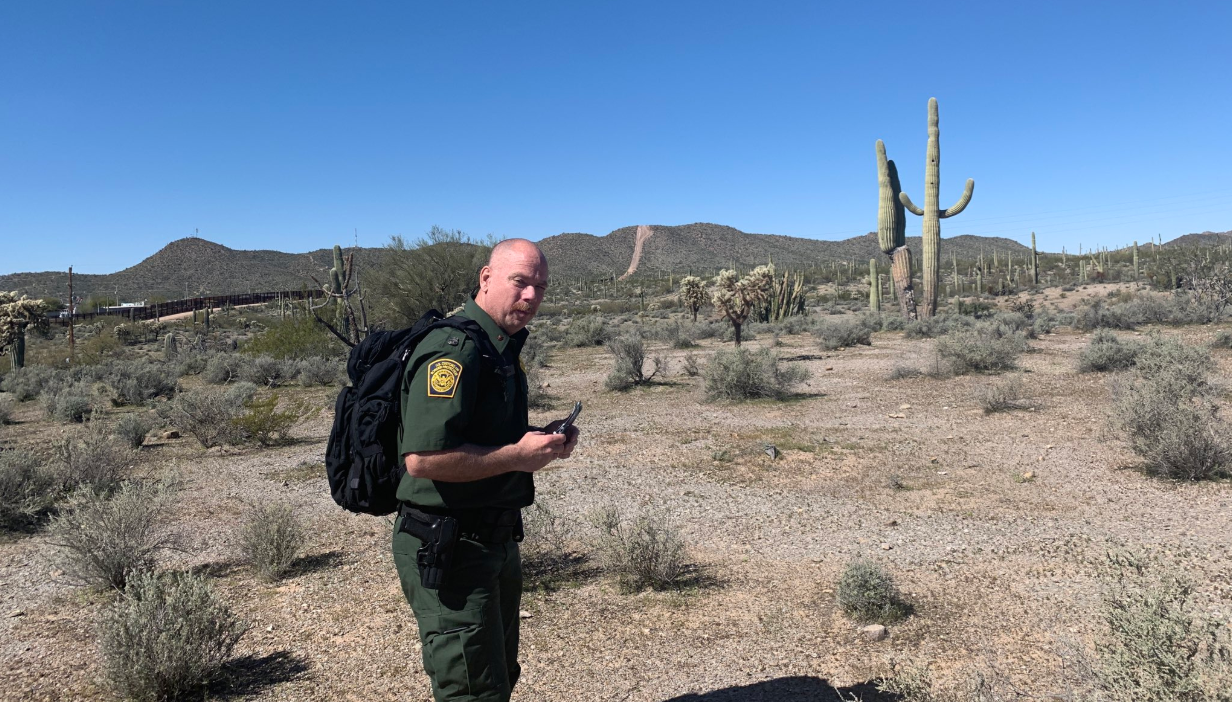 Michel Marizco/KJZZ
An agent leads media to the Monument Hill site to be detonated.

Meanwhile, the CBP’s border wall program official Paul Enriquez contends that no cultural or otherwise precious artifacts were found in the area when CBP’s own monitor inspected the area. Enriquez said that CBP asked the O’odham about artifacts in the region of Monument Hill when a border fence first went up in 2007 and again in 2010.

"All these same things we're talking today were presented them at that point we'd not had those concerns at that time from 2010 to now," Enriquez said.

The Border Patrol plans to add to lights to the new border wall as well as wildlife crossings for animals up to the size of small dogs. And more detonations of rocky soils will be expected near Douglas, Arizona.

Part Of Federal Monument Blown Up For Border Fence 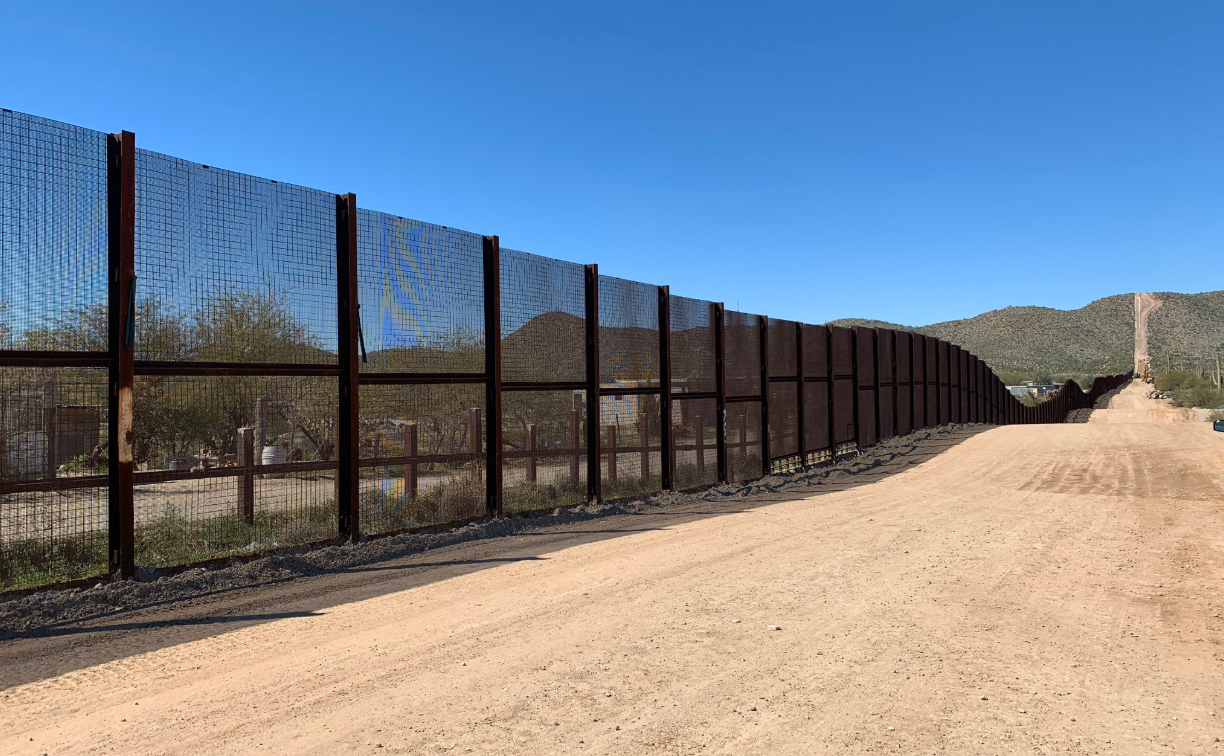