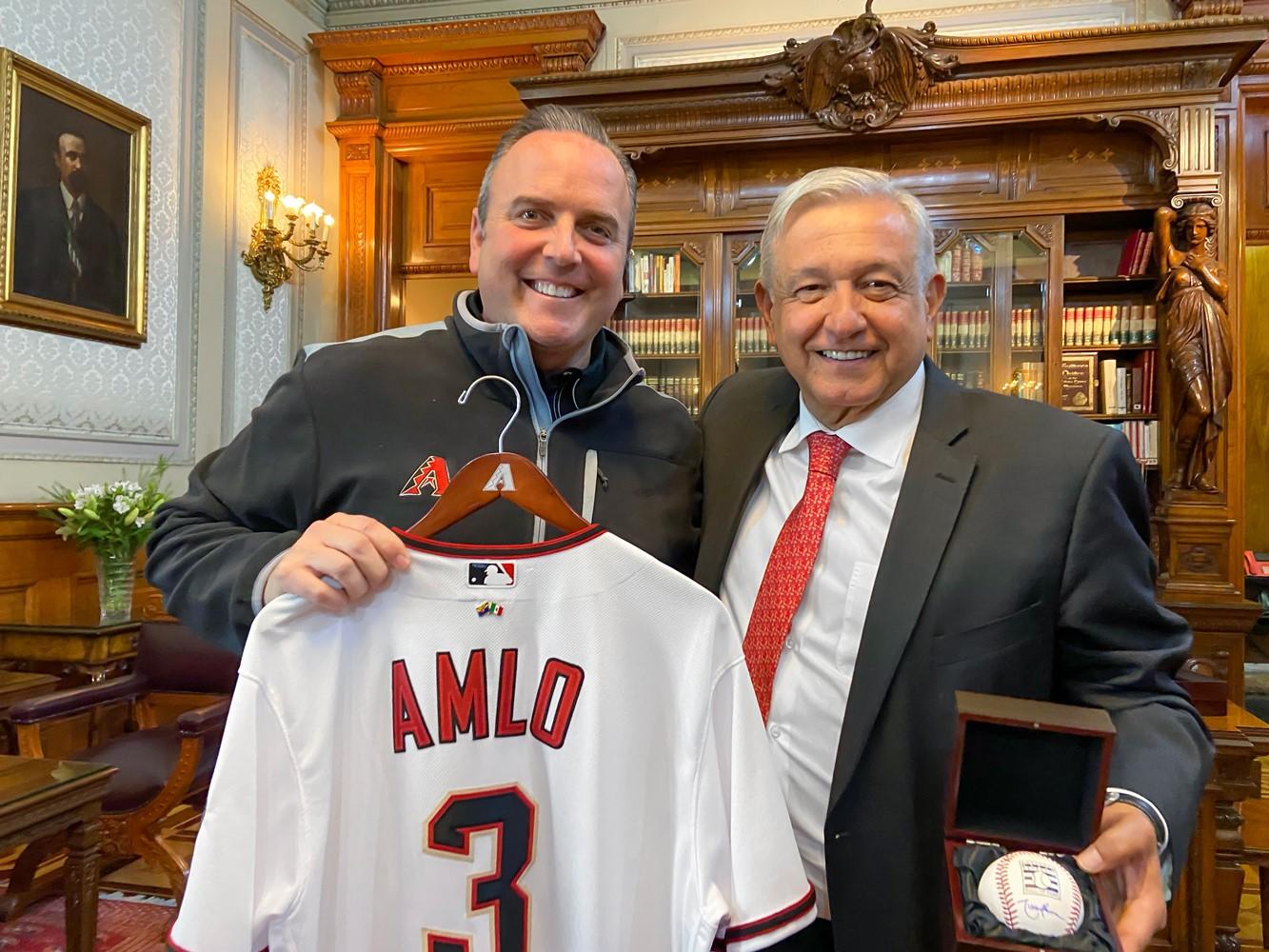 Presidency of Mexico
Derrick Hall, president and CEO of the Diamondbacks, with Mexican president Andrés Manuel López Obrador at his office in Mexico City's National Palace.

The committee visited the recently inaugurated Diablos Rojos Stadium, where the games will be held.

“He’s a big fan of baseball, and he’s committed to the success and growth of that sport,” said Derrick Hall, president and CEO of the Diamondbacks, who gave a D-Backs jersey to AMLO.

Hall said Mexico is a very important market for the team, and he discussed with the Mexican president the possibility of building projects in the future.

“We talked about quite a bit: if we could work on some exchanges together, best practices, maybe host a coach,” Hall said.

A few months after entering office, AMLO, who preaches for austerity and economic justice, authorized millions of dollars to open a presidential office to promote his favorite sport, baseball.