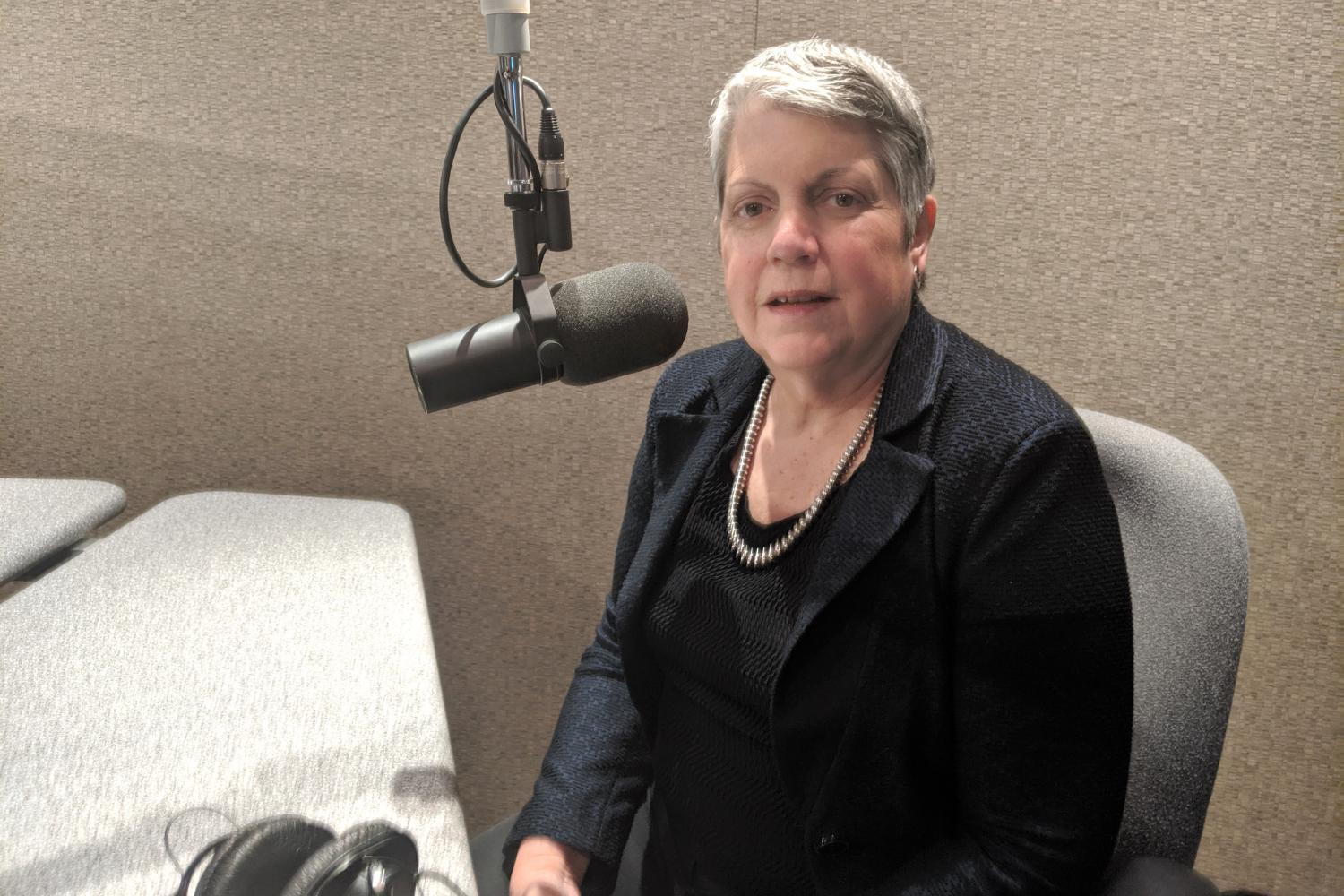 Security concerns in the United States don’t fall into a small category. They include cyberthreats to our elections and our electric grids, terrorists from beyond our shore, and the recent ramp-up of danger from the coronavirus.

It’s the Department of Homeland Security that typically has to take the lead or, at the very least, try to prevent situations from getting worse.

Former Arizona Gov. Janet Napolitano also served as secretary of the U.S. Department of Homeland Security in the Obama administration. She’ll be back in the Phoenix area later this week to receive an honor from the nonprofit Experience Matters, and The Show caught up with her to talk about security issues, November’s election and more.

How much did you deal with issues similar to the coronavirus while at the Department of Homeland Security?

The secretary of Homeland Security is actually responsible for coordinating all the different federal agencies. When there's an actual pandemic declared. And so when I was secretary, during my first few months on the job, actually, we had the H1N1 virus. And that was a pandemic. That was a real test and a revelation in terms of really the lack of overall preparation we have to handle a true pandemic — the stresses and strains it puts on the health care system. Do we have enough beds? Do we have enough ventilators? Do we have enough masks? Do we have access to vaccine? You know, now so many medicines and vaccines and face masks, et cetera — they're all manufactured in China. So the fact that we have the coronavirus that's appears to have begun and is centered in China is totally disruptive of the supply chain that the United States would need to have access to should the virus spread in greater number to our country.

What concerns you most right now when it comes to national security in terms of issues?

Well, I think one of the things that we need to be concerned about is intervention in our upcoming election. We saw it happen in 2016. There's no indicator that has stopped. And, you know, ultimately, if you undercut the public confidence and the integrity of our elections, you've really struck a body blow to our country. And so that's an area where one would hope to see greater leadership and urgency from the federal government, even though elections are run locally. But training, resources, national standards, those can all emanate from the federal government. And unfortunately, we have a lacking in all three right now.

What do you think of the Democratic presidential candidates at this point in terms of what they're talking about and the strength of it?

You know, I actually think it's a very robust field. Not a lot of range in in diversity — that's, I think, regrettable. But really it's a very solid group of individuals. And I think that if there's any lesson from 2016, it's that elections are impossible to predict.

Arizona is considered a battleground state. Does that ring true for you or is there sort of that independent libertarian bent people talk about that? There are some Democrats that Arizona voters just really like, but it's not really purple?

Oh, I think Arizona is purple. And part of that is population change and demographic change. And then, you know, part of it are the issues, and what are the issues that voters really care about? So I think, you know, when you look at 2016, Trump carried the state, but not by much. I think by like three and a half points. It wasn't any kind of a blowout like we've seen Republican presidential candidates in the past. And so heading into 2020, the reelect where the president, for a whole host of reasons, has a strong economy behind him, but does himself have strong popularity statistics. ... Right now, I think it's a jump ball.