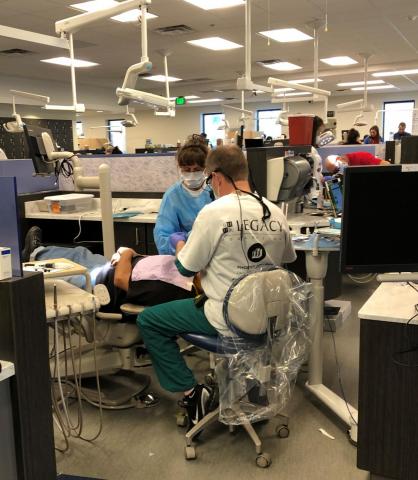 Jerry Pruett volunteered for the Army at age 17 at the height of the Vietnam war. While on active duty, he had free dental care. When he was honorably discharged after his tour, he landed a job that offered dental insurance. It wasn't until he retired from the working world that he realized that access to dental care was something he had taken for granted.

The Department of Veterans Affairs offers some dental benefits to veterans — but they’re not standard and are generally only given to veterans who suffered tooth damage as a result of their military service. Most veterans won't qualify. Arizona’s medicaid plan only covers preventative dental work for people under age 21. For adults, it only covers emergencies.

That leaves a critical gap in access to dental care for hundreds of homeless and indigent Arizona veterans, who have to rely on nonprofits like the Central Arizona Dental Society — or CADS — Foundation for everything from cleanings to root canals.

Pruett is one of about 200 veterans who were screened for free dental work by the CADS foundation. Today, he's having both his upper and lower dentures replaced.

"My bottom one's cracked," he said. "The top one's got some busted pieces in it. It's getting to the point where they're just wearing out." 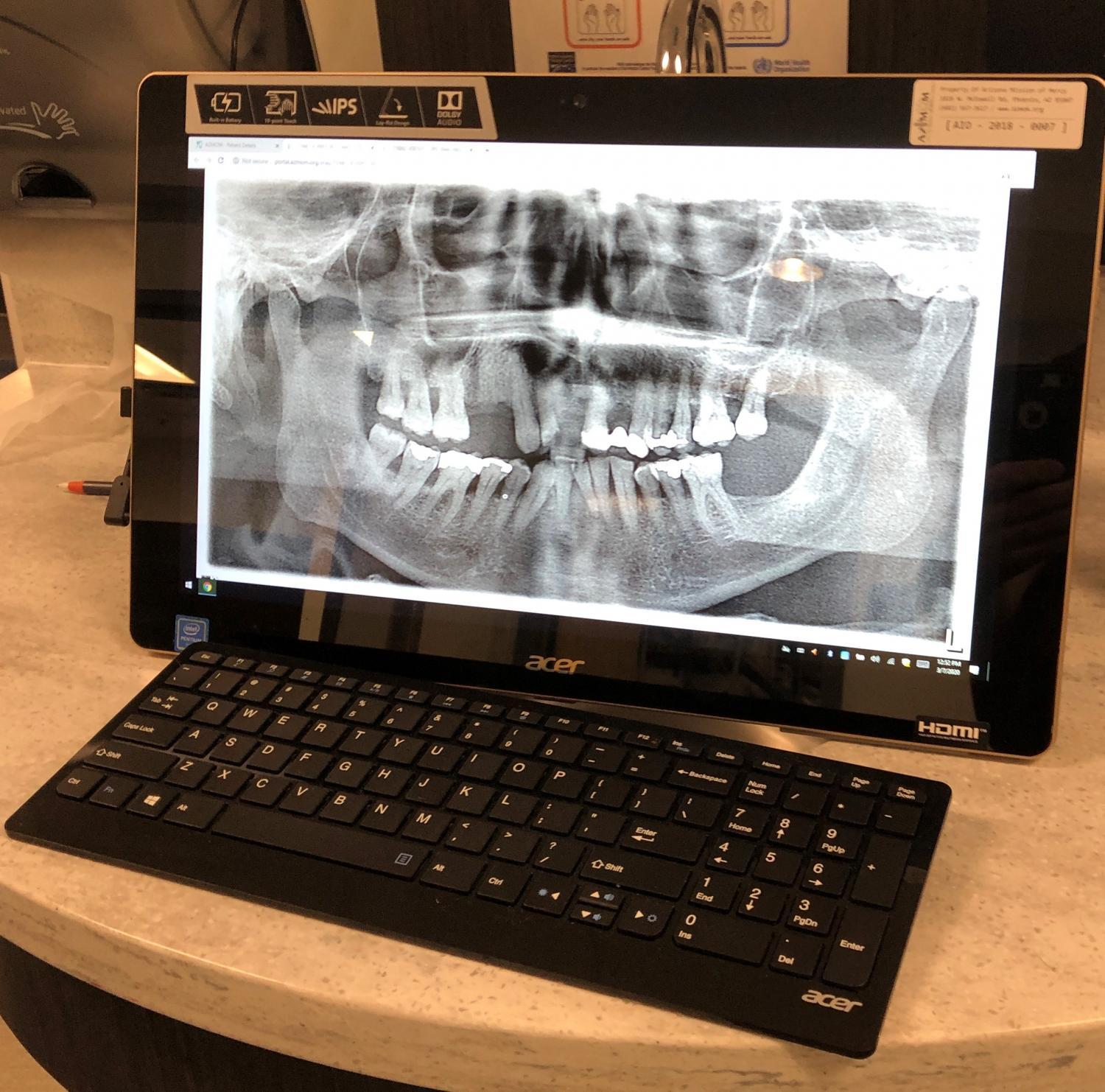 Other veterans needed more serious work, like root canals, fillings, and even extractions. They were screened at the 2020 Maricopa County Stand Down in January, and received treatment from more than 100 volunteers at the Phoenix College dental clinic.

"Most of the people we’re seeing here are homeless veterans," said CADS Foundation executive director Kevin Conroy. "Access to care is an issue, and consistent care for their oral health is an issue. We’re seeing a lot of neglect, a lot of pain, infection on teeth that have been hurting for a long time. We will be extracting a lot of teeth and oral surgery today because of that."

Conroy says poor oral health is a public health problem. People without access to dental care who experience tooth pain often present in the emergency room, using hospital resources for something that could have most likely been handled by a dentist — if the patient had access to begin with.

"We've found that our events keep people from going to the emergency room," Conroy said. "People can't perform at their job, they can't smile at work, that's important. It goes to work, it helps the community when people are gainfully employed." 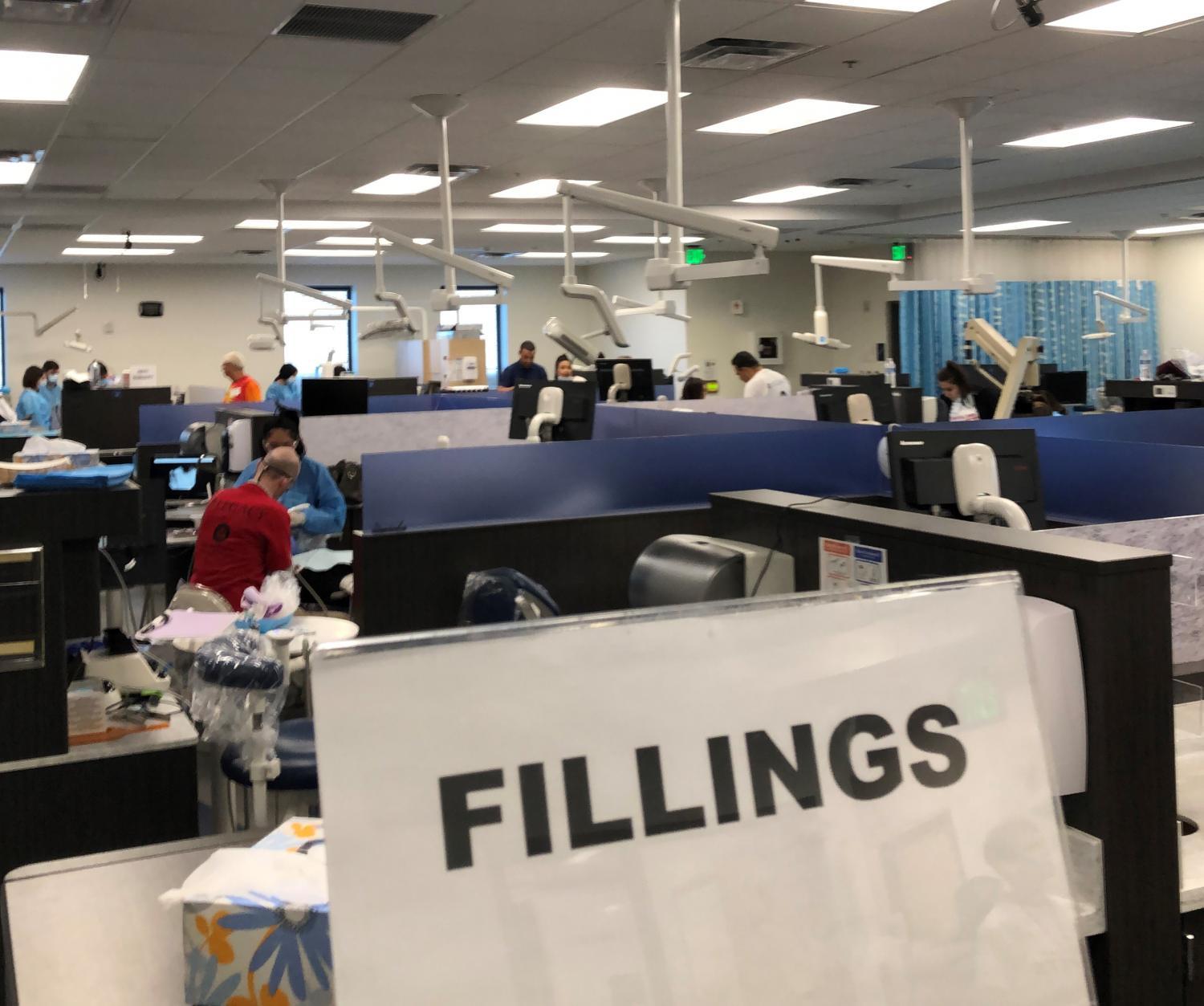 Air Force veteran Bob Donovan is having four teeth pulled today. He had dental care for most of his life, but due to lingering health issues from his military service, he hasn't been able to work for about ten years. The lost work led to lost dental coverage — and lost teeth.

"I've lost a lot of teeth," he said. "I think dental care is instrumental in our overall health, and it should be included in our plan. Congress needs to get off their butt. Dental care is crucial to the well-being of people, and it shouldn't be that we have to have a separate insurance just to maintain dental health. It affects your heart, it affects everything. I don't even like to smile. I'm pretty miserable with a mouth full of sore teeth."