Mexicali Residents Vote To Reject U.S. Brewery Over Water Use 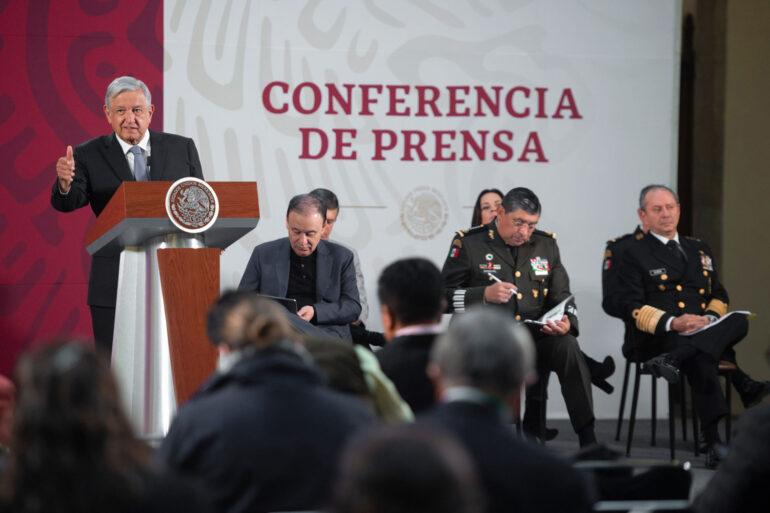 Gobierno de México
Mexican President Andrés Manuel López Obrador spoke about a vote to halt construction of a U.S.-owned brewery in the border town Mexicali during his press conference on March 23, 2020.

Over the weekend, residents in a Mexican border city voted to halt the completion of a U.S.-owned brewery because of concerns over the company’s intensive water use in the already drought-ridden area. Some are hailing the vote as a win for local farmers and activists, while others fear it could stifle foreign investment in Mexico.

Mexico’s President Andrés Manuel López Obrador put the completion of a nearly $1.5 billion brewery owned by a U.S. company to a public vote in the border city Mexicali. More than 76 percent of residents who voted rejected the project - a brewery being built by owned by Constellation Brands, the third largest U.S. beer producer and brewer of Mexico’s Corona and Modelo brands for U.S. consumers.

Farmers in Mexicali have long complained that the brewery’s water use threatens an already shrinking supply.

"The people's decision must be respected," López Obrador said of the vote during a Monday morning press conference.

Federal officials also said Monday that the government won’t provide water permits to the company, but hopes to negotiate a compensation for incurred losses.

But many business groups are criticizing the move, saying the cancellation of the project could hurt foreign investment. Critics also complained that less than 5 percent of eligible voters turned out to vote in the weekend consultation, which was called just two weeks earlier by the president and was held as the country is dealing with the early stages the coronavirus pandemic and a stagnating economy.

López Obrador, however, argued that the vote was necessary because the local residents weren't being taken into account in decisions about the brewery.

"I'll talk with the owners of the company, if necessary, to give them my point of view," López Obrador said during the press conference. "Of course investment is important to us, we're not against foreign investment, much less are we going to be against the creation of jobs. But we also have to take into account the opinion of the people and take care of our natural resources. It's not growth for growth's sake. It's growth with well'being and with respect for the environment."

He added that if the company is interested, Mexico will try to help it relocate the brewery to another site where water isn't an issue.