After Emergency Declared, Sonorans Prep For Closure Of Non-Essential Business 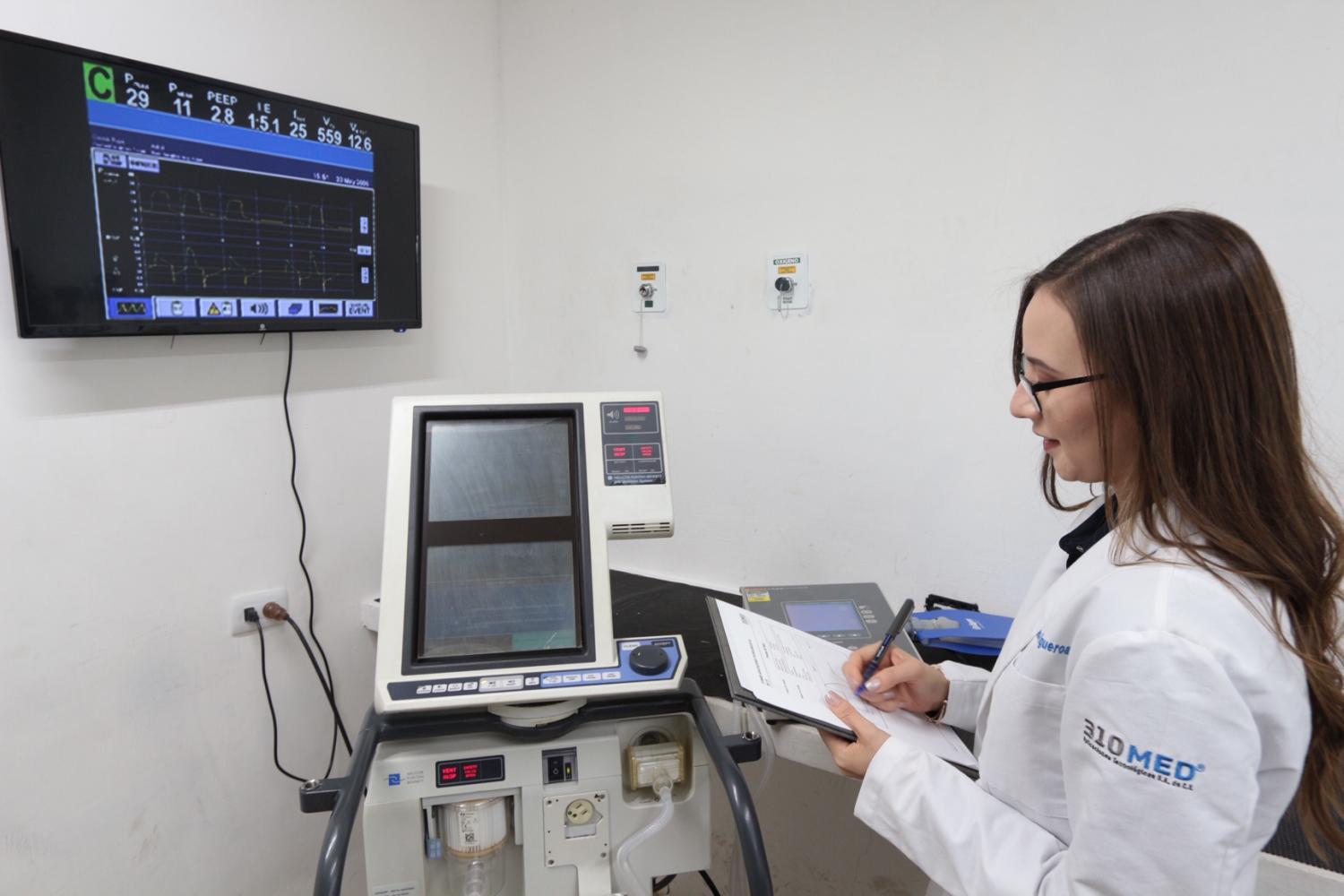 Courtesy 310MED
310MED is a medical equipment maintenance company based in Hermosillo, Sonora. It hopes to stay open after the state's governor ordered non-essential businesses closed.

“Sonora now faces one of the biggest challenges in its history,” Gov. Claudia Pavlovich said last Wednesday, during a solemn video address on the global coronavirus pandemic. “It’s about preserving the most valuable thing we have: the health of our families.”

With confirmed cases soaring around the world, and hospitals in Italy and elsewhere being overwhelmed by waves of patients, she said decisive action was needed to avoid the same in Sonora. After declaring a health emergency, she said only essential business activities would be allowed to continue: those necessary to guarantee the supply of food, water, medical equipment, energy and other critical goods and services.

That measure and others were to be fully implemented over the next 72 hours.

And that meant Joshua Rubin was making and taking a lot of calls last week.

“It’s been stressful from Monday all the way up to today,” he said Thursday.

Rubin is vice-president of business development at Javid LLC, a prominent shelter company in Nogales, Sonora that helps manufacturers set up production in Mexico. The stress came in part from working to get the Sonoran government to deem their customers essential.

“So what I am insanely busy doing right now is ... we have 26 customers here in Nogales,” he said. “And we have to write a letter per each customer, trying to plead our case.”

In Nogales, there are over 100 export manufacturing plants — or maquiladoras — that employ upward of 50,000 people in the sprawling border city. Rubin says state officials have told him the measures could be in place for two to three weeks.

“So, this is something that has never been done before,” he said. “It was never expected, never was planned for.”

On Sunday afternoon, state authorities announced that none of the petitions from manufacturing facilities like those submitted by Rubin were approved.

Down in the Sonoran capital Hermosillo last week, bioengineer Elliot Vernet agrees with the importance of people staying home to slow the growth of Covid-19 cases. But he was also hoping that his company 310MED, which employs about a dozen people, would be deemed essential. His intention was to keep operating.

“Our principal project is maintaining medical equipment,” he said.

That includes ventilators, which are critical for the treatment of some serious Covid cases, as well as vital signs monitors. They also rent medical equipment.

“I think that yes, my business is essential,” he said.

Some of his employees are working from home, and those who can’t are being provided with protective gear like gloves and masks, he says.

More Than The Minimum

For those workers who are sent home, Mexican law requires that employers pay their workers at least minimum wage for up to 30 days, according to Rubin and union leader Javier Villarreal.

His Sonoran branch of the Mexican Workers Confederation represents around 130,000 workers in the state. He anticipates half or more being sent home.

“The minimum wage, as we well know, is very low in Mexico,” he said.

At current exchange rates, it works out to around $8 a day in northern Mexico.

But the contracts the union has with a number of plants mandate a percentage of pay — 75% in the case of the automobile industry — during work stoppages, according to Villarreal.

“We’re looking to apply those percentages to avoid the minimum wage,” he said.

In Nogales, Javid’s Rubin says he expects many maquiladoras will pay workers sent home the minimum mandated. But both men agreed that for those who continue going to work, making sure they can do so safely will be key.