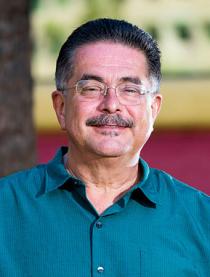 "He was a dear friend and mentor, and somebody who I looked up to and will always admire," Romero said in a memorial post on her official Facebook page. "He always stood up for what was right, and was the example of what a public servant should be; governing by a strong moral compass with values of compassion and empathy for the less fortunate."

Elías joined the Board of Supervisors in 2002 to replace Raúl Grijalva, who was elected to the U.S. House of Representatives.

He represented the county's 5th District, which covered an area mostly west and north of downtown Tucson.

No details about the cause of Elías' death have been released.