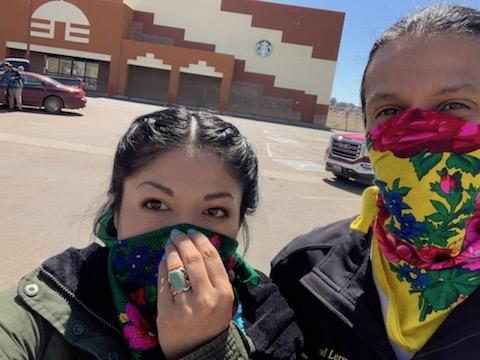 Adrian Lerma
Adrian and her husband, Michael Lerma, stand outside the grocery store in Window Rock to buy food for themselves and an elder in their community.

A good part of Percy Deal’s day is spent hauling water for his family and livestock in two 55 gallon barrels. So when he heard on the radio how often and for how long he was supposed to wash his hands to avoid the spread of the coronavirus, he was overwhelmed.

Forty percent of the Navajo Nation doesn’t have running water or indoor plumbing. Deal lives on Black Mesa in northeast Arizona next to a coal mine that shut down late last year.

“Peabody Mine took all our water,” Deal said. “Peabody closed then this virus comes along. It’s one thing after another.”

And mining did more than just drain the tribe’s aquifer. Decades of uranium extraction have left generations of Navajos with major health problems. Adrian Lerma said these mines created conditions like autoimmune disorders that have left this community vulnerable to the coronavirus. 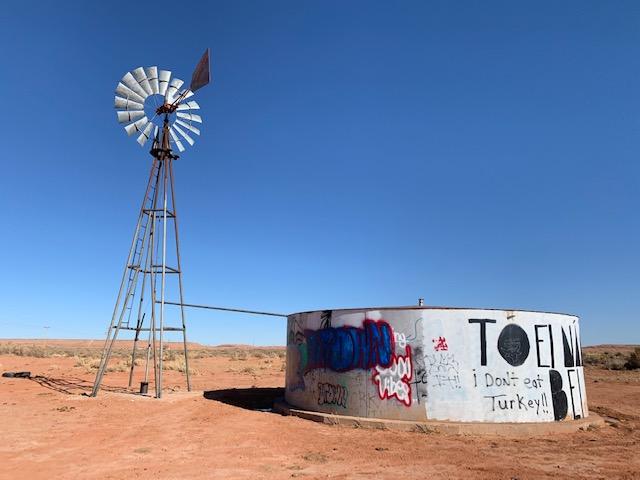 Laurel Morales/KJZZ
Many Navajo haul non-potable water from windmills like this one for their sheep and to do the washing.

“There are people that do have compromised immune systems because of this contamination that’s really affected the land, the water, the air, the people,” Lerma said.

Lerma has been delivering food, water, wood and medicinal herbs to the elders in her community who are on lockdown. But she said the food won’t last long. About 1 in 10 Navajos don’t have electricity.

“And so that means there’s people that don’t have refrigeration systems in their homes,” Lerma said. They can’t store food. They don’t have freezers. And so that puts them at a great disadvantage when it comes to stocking up on supplies they need.”

There has been a surge of support for efforts like this GoFundMe campaign to provide food and water for tribal elders and for DIG DEEP to install more water systems.

The Navajo Nation also lacks enough health care workers, hospital beds and other equipment needed to address the crisis. There are about 400 hospital beds for 170,000 people. So many patients have been flown to hospitals in border towns. Council delegate Amber Kanazbah Crotty said the Indian Health Service was lacking resources before the virus.

“We know it’s not adequate to just meet our basic needs. And so now as this pandemic moves forward across the world but on Navajo Nation we’re also seeing those gaps in the immediate response,” Crotty said.

The number of coronavirus cases on the Navajo Nation is multiplying rapidly. As of Thursday, there are 241 people with the virus and eight confirmed deaths. The Centers for Disease Control and Prevention said Native Americans are some of the most vulnerable to the coronavirus because of economic, geographic and health conditions.

In 2009, American Indians and Alaska Natives died from H1N1 flu at four times the rates of all other racial and ethnic groups combined according to a study by the National Institutes of Health.

But Navajo President Jonathan Nez has tried to get out in front of this pandemic. He ordered a curfew. He closed casinos and he put a stop to gatherings of more than five people. Tribal officials say the virus’s first cases can be pinpointed to an evangelical church rally.

Nez told a Facebook Live event he’s fed up with those who are not taking this seriously.

“Some of our people might not know that they have the virus,” Nez said. “Don’t be selfish. Think of your grandmas. Think of those people that have health conditions because those are the vulnerable population.”

With public officials raising the alarm parents and kids have been under a lot of stress. For families like Adrian Lerma’s, she, her husband and seven kids have been avoiding social media lately. Instead, they’ve returning to their traditions of telling stories — stories of survival and resilience.

“It lets them know these battles have been fought before in the past and that we can fight them again today,” Lerma said.

Lerma said arming them with that knowledge makes her kids feel confident that they can get through this too. 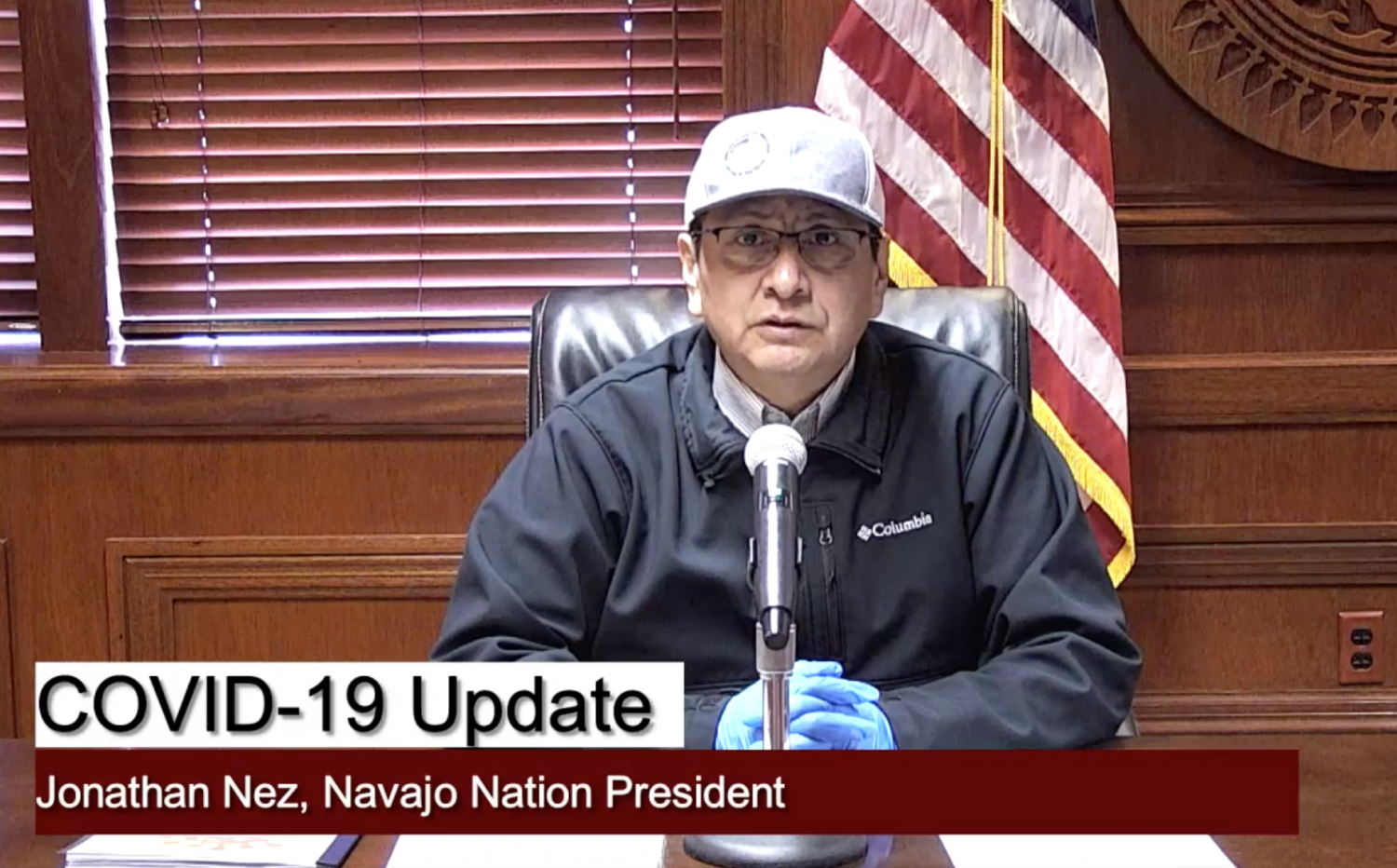